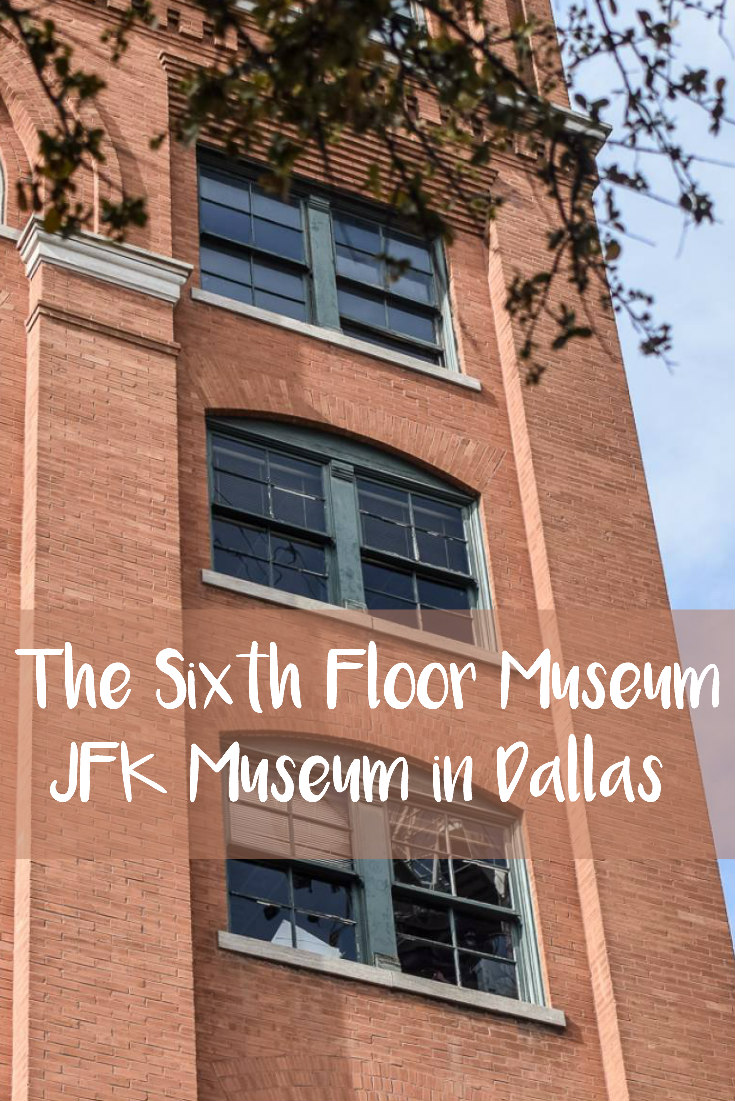 When Dave and I were in Dallas this past weekend, we visited the Sixth Floor Museum, which is the museum which documents the life, assassination, and legacy of John F. Kennedy, Jr. The museum is located on the 6th floor of the Texas School Book Depository, which is the building and floor from where Lee Harvey Oswald shot and killed JFK.

We arrived at the museum at 3PM on Friday with plans to visit the museum with my parents, who hadn’t arrived yet. The line for tickets was extremely long, and the next available entry time was marked as being at 3:30. Dave went online to the Sixth Floor Museum site and purchased tickets online so we didn’t have to wait in line. However, the tickets online didn’t allow us entrance until 4PM. We should have realized that we needed to order tickets ahead of time, but we didn’t know it would be so crowded at the museum! My parents ultimately decided that they didn’t have enough time to visit the museum with us. The museum staff was nice enough to refund the tickets we had purchased for them. 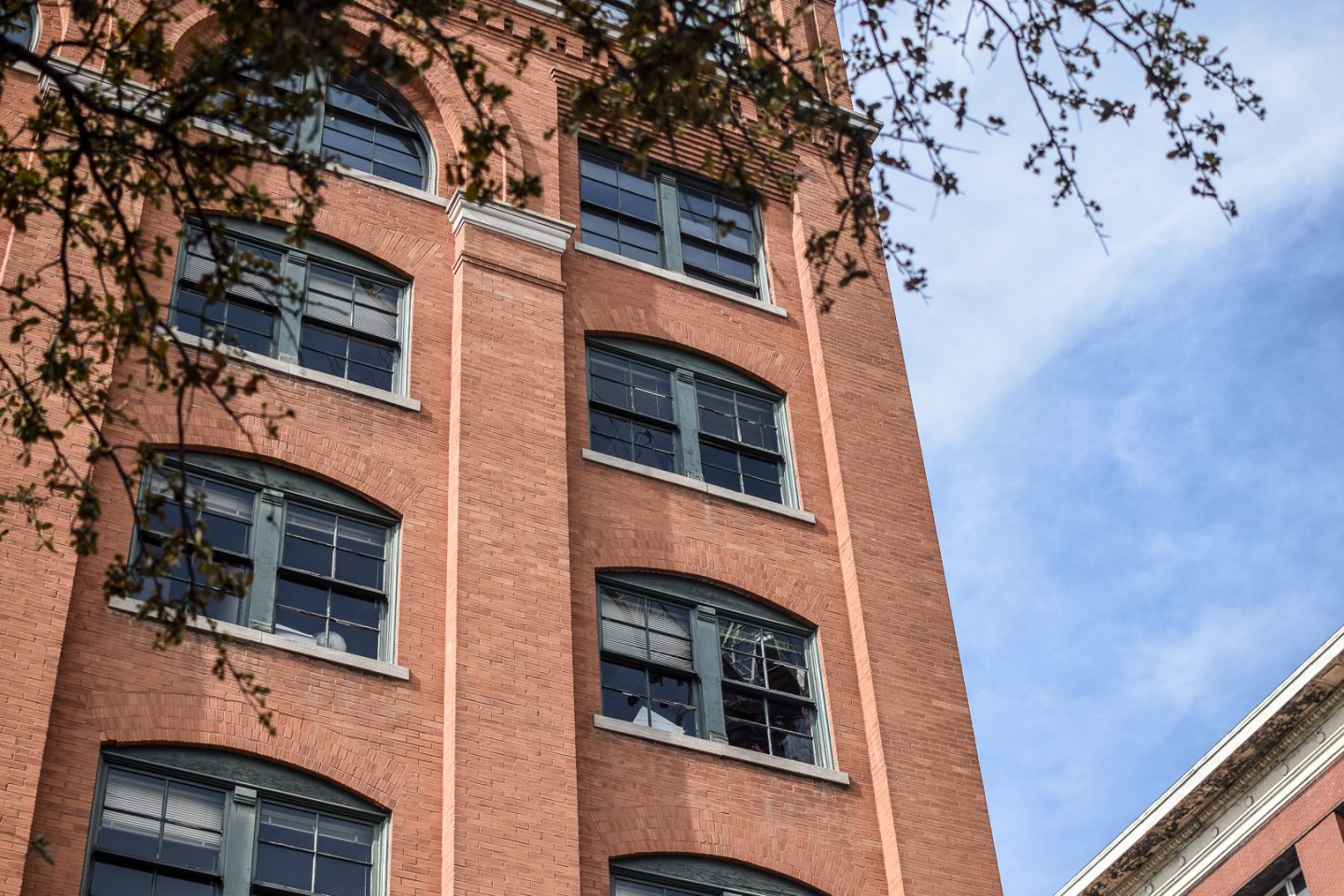 The museum includes an audio tour, which I didn’t have the patience to listen to, although I’m sure it would have been educational. Instead, Dave and I made our way through the exhibits at our own pace, with the knowledge that we didn’t have a ton of time! The audio tour takes 90 minutes if you listen to the whole thing.

The exhibit begins with an outline of the early 1960s, explaining the social and political climate of the time. It then goes over JFK’s campaign and moves on to his trip to Texas in November of 1963. 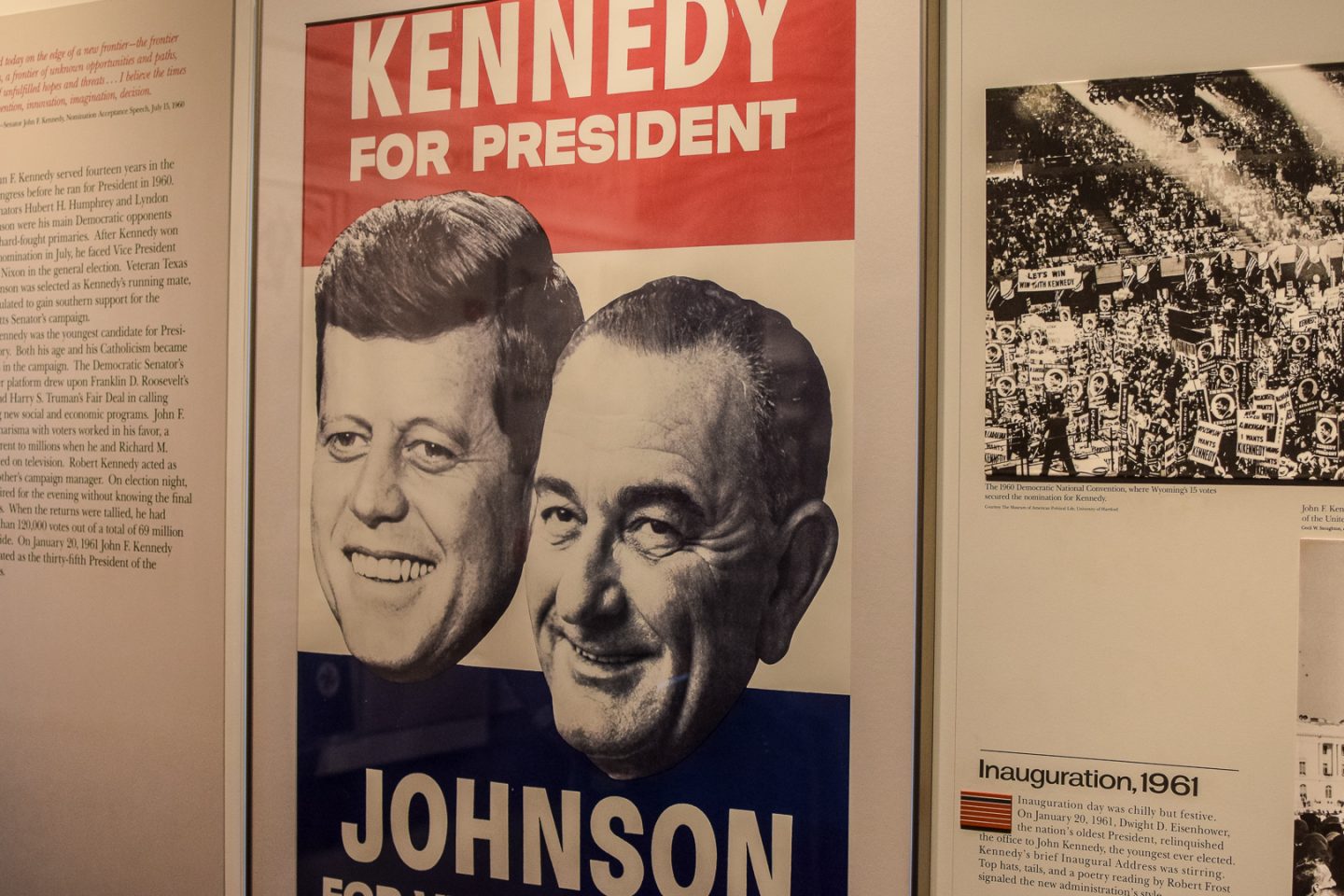 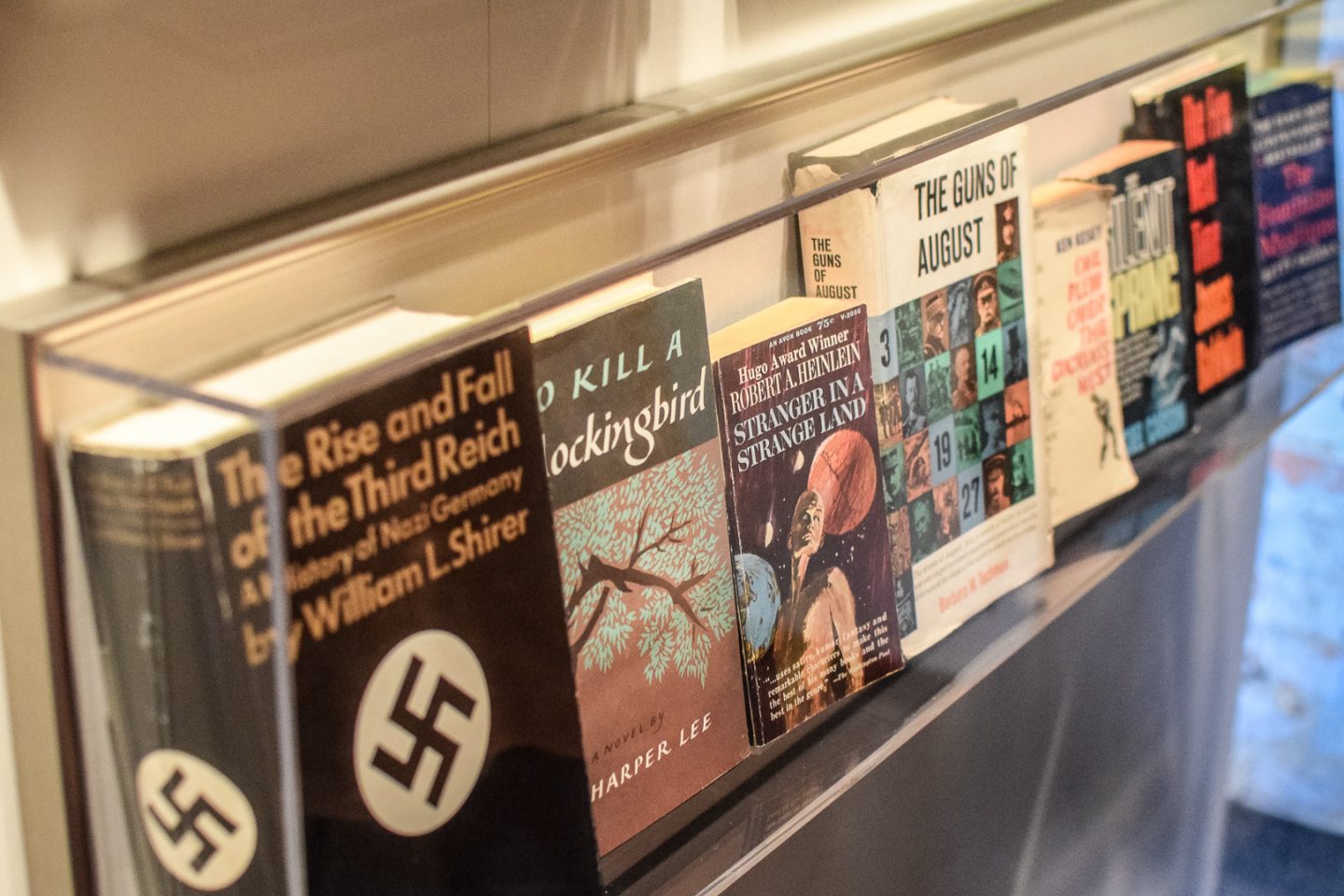 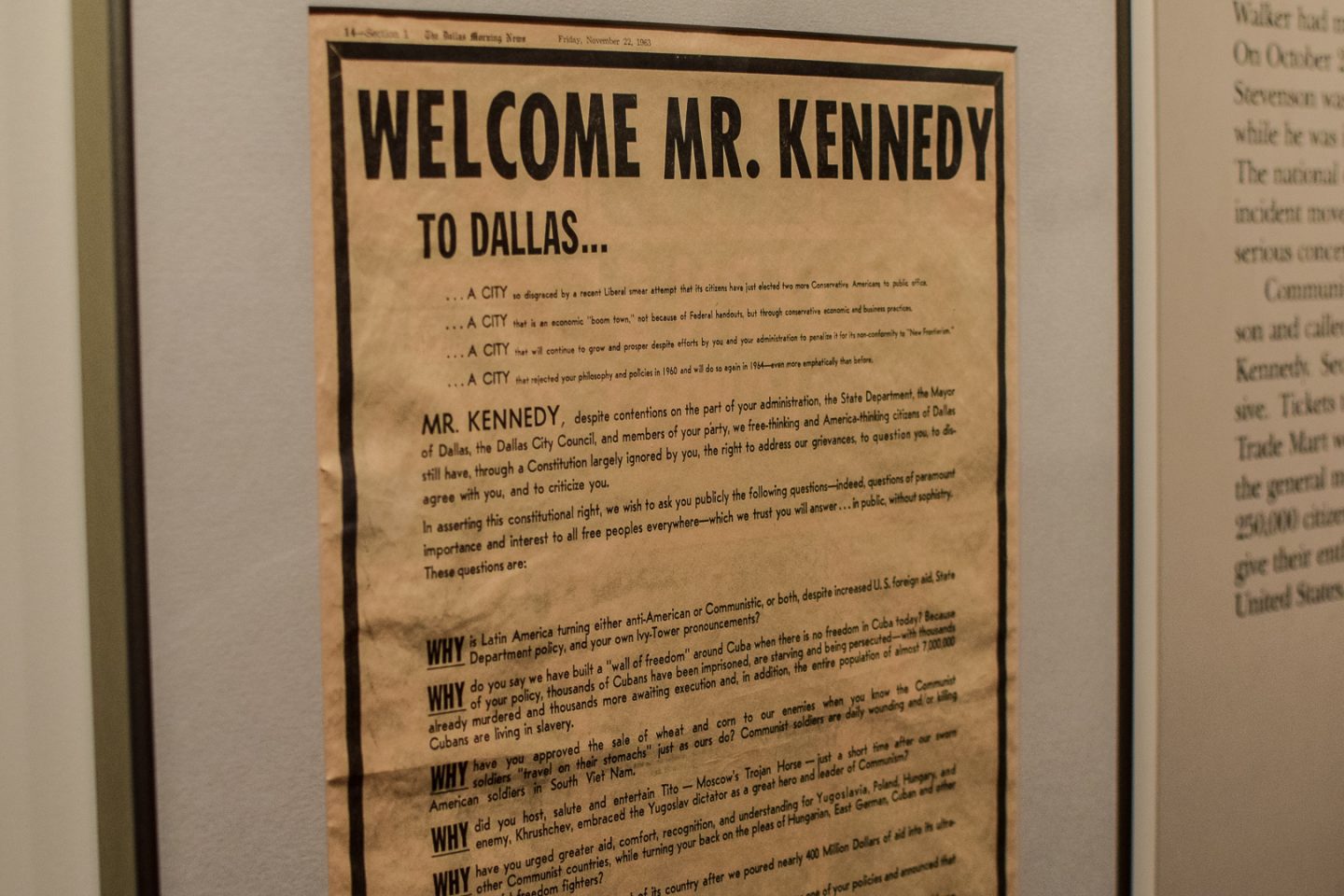 In what was the most interesting part of the museum for me, the corner window “sniper’s perch” is recreated. There are also screens showing how the motorcade traveled along the road and when the shots hit JFK – as you are looking over the exact location through the windows. It was so interesting to me that the shots were fired on a diagonal, rather than straight down onto the street as it seemed they could have been. 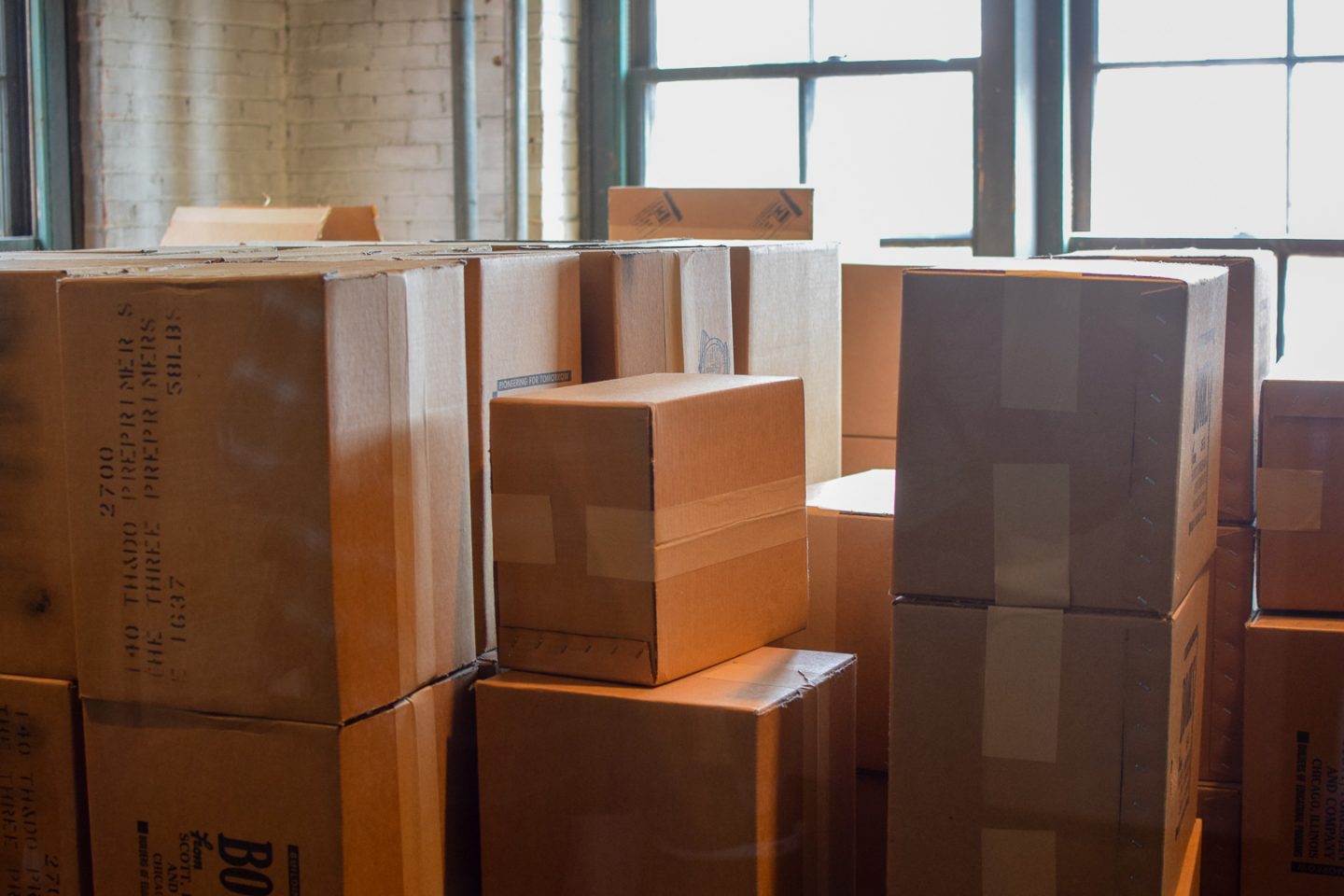 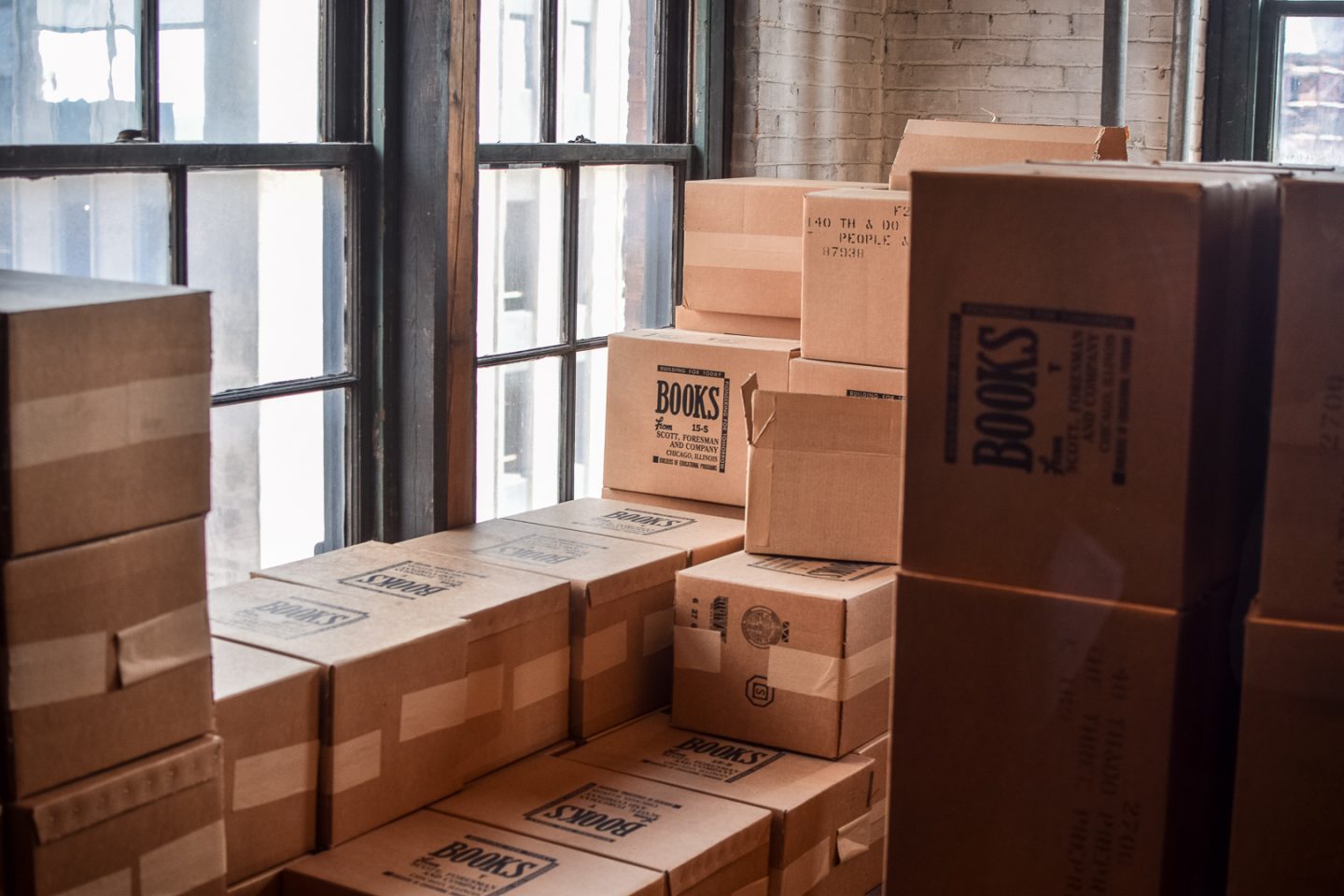 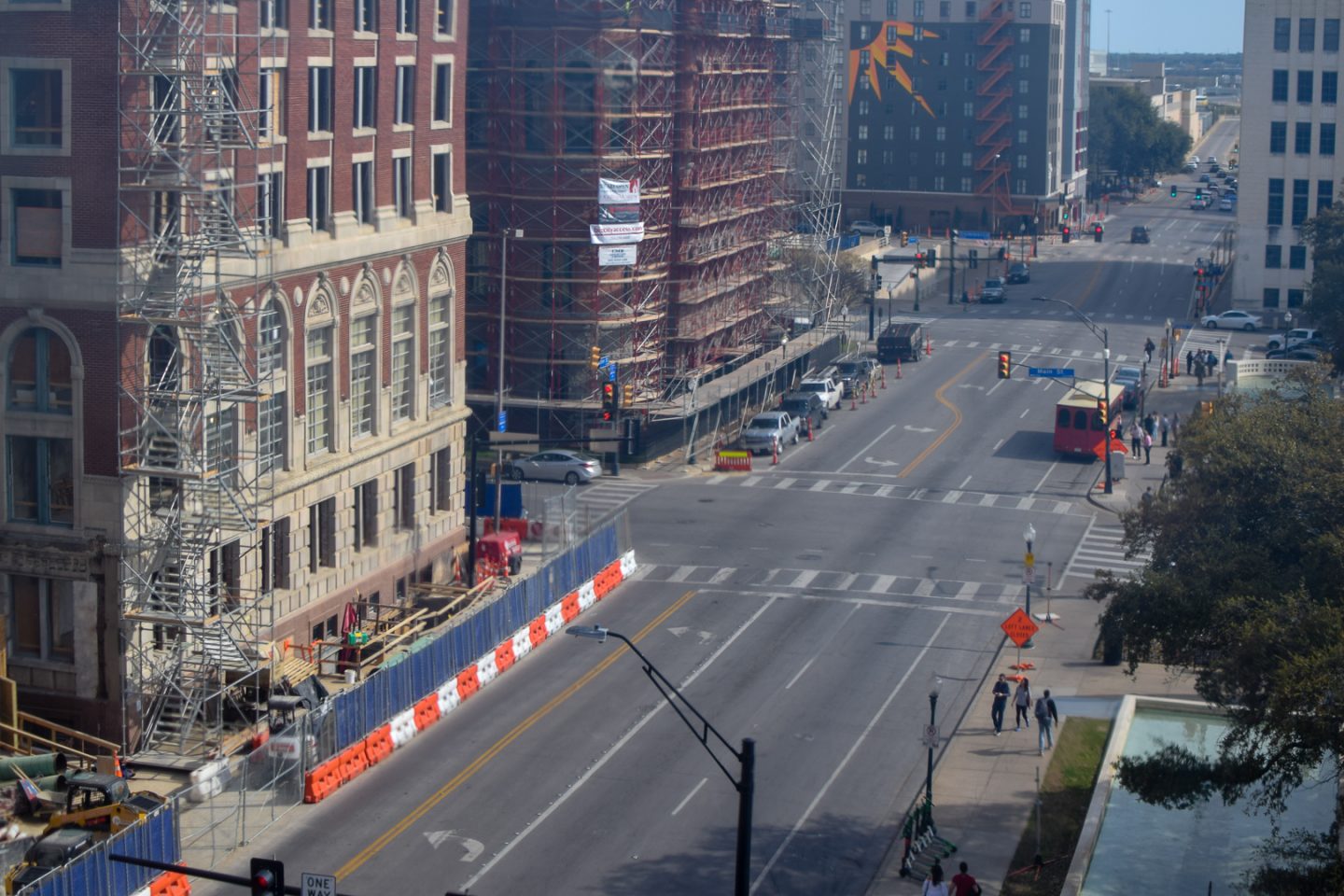 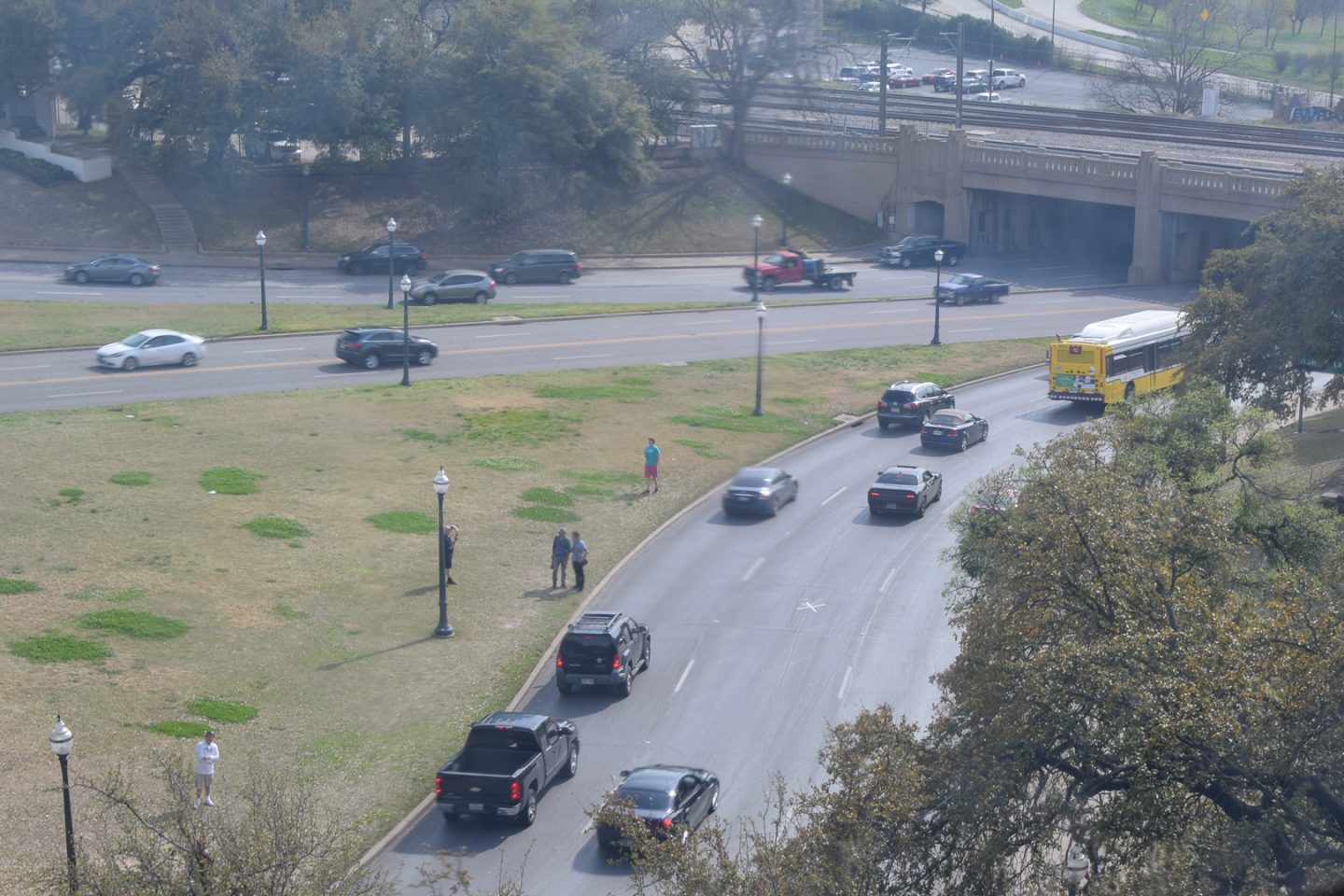 The X marks the spot in the street where JFK was when he was hit.

The next part of the museum shows the immediate aftermath of the assassination and goes on to the investigations. This model shows the window and the angle the shots were fired. It was actually used by the FBI to investigate the shooting. 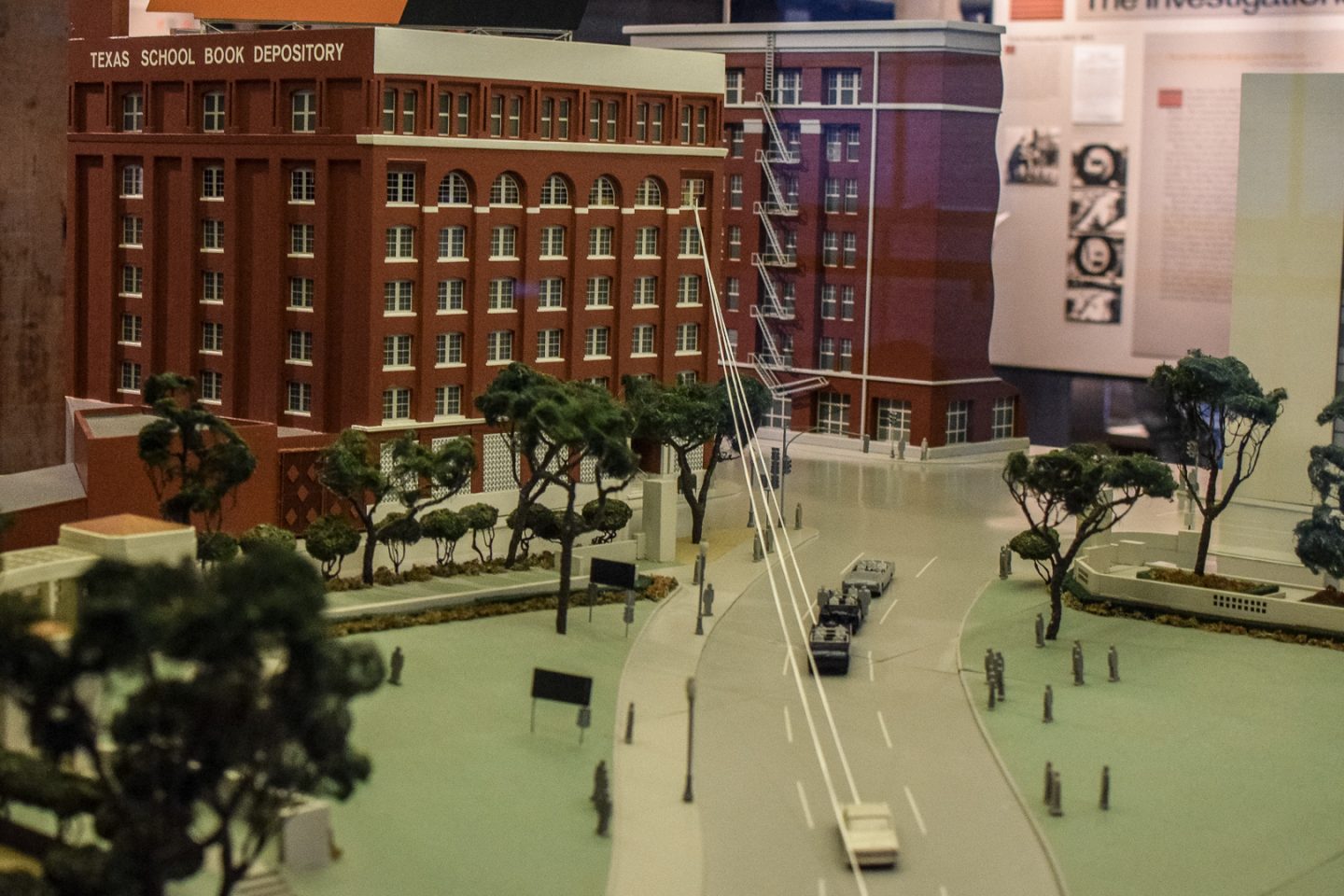 These cameras were used by eyewitnesses who were at the location that day. I found it interesting that the cameras were so small, as when my father got our first camcorder, it was huge! 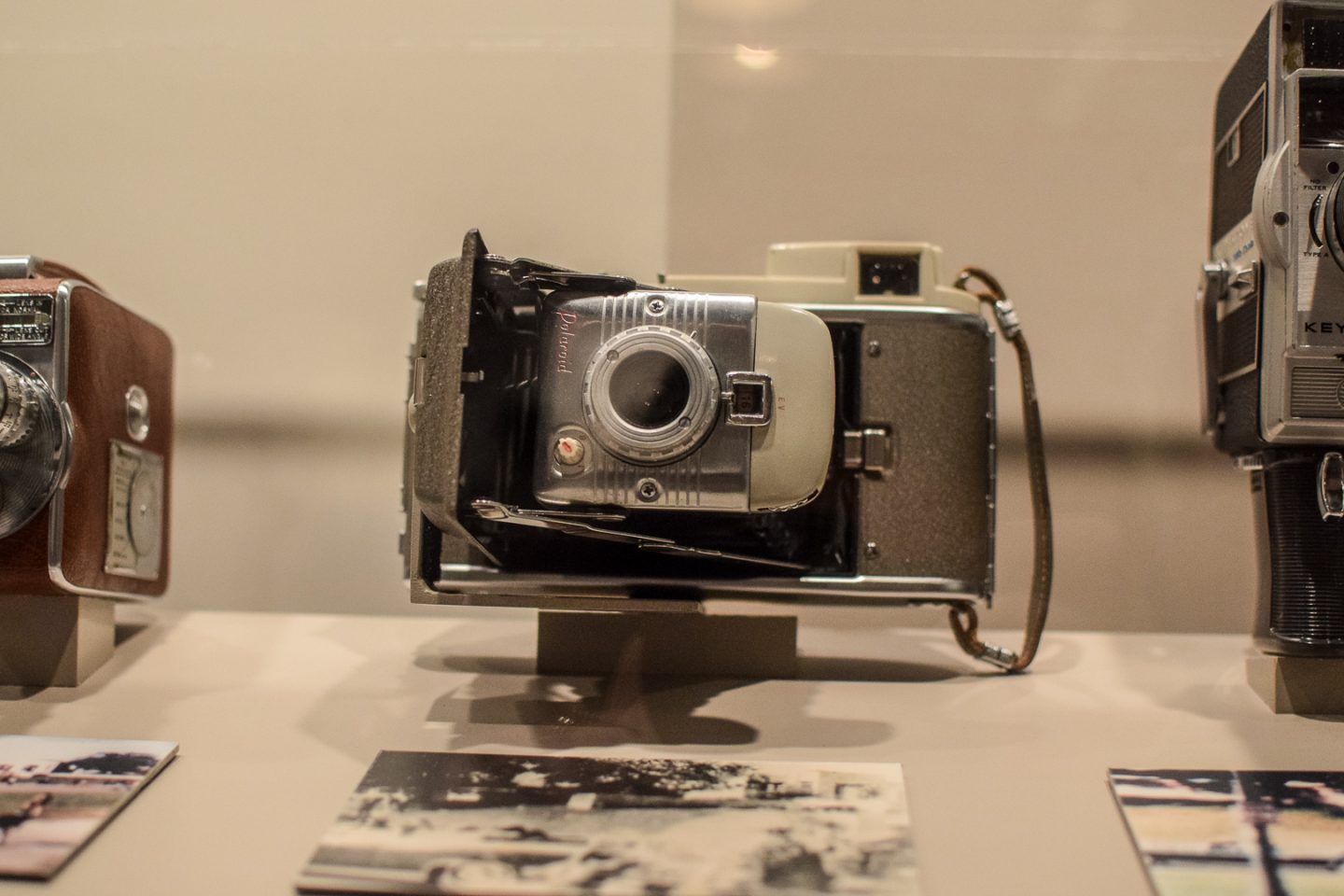 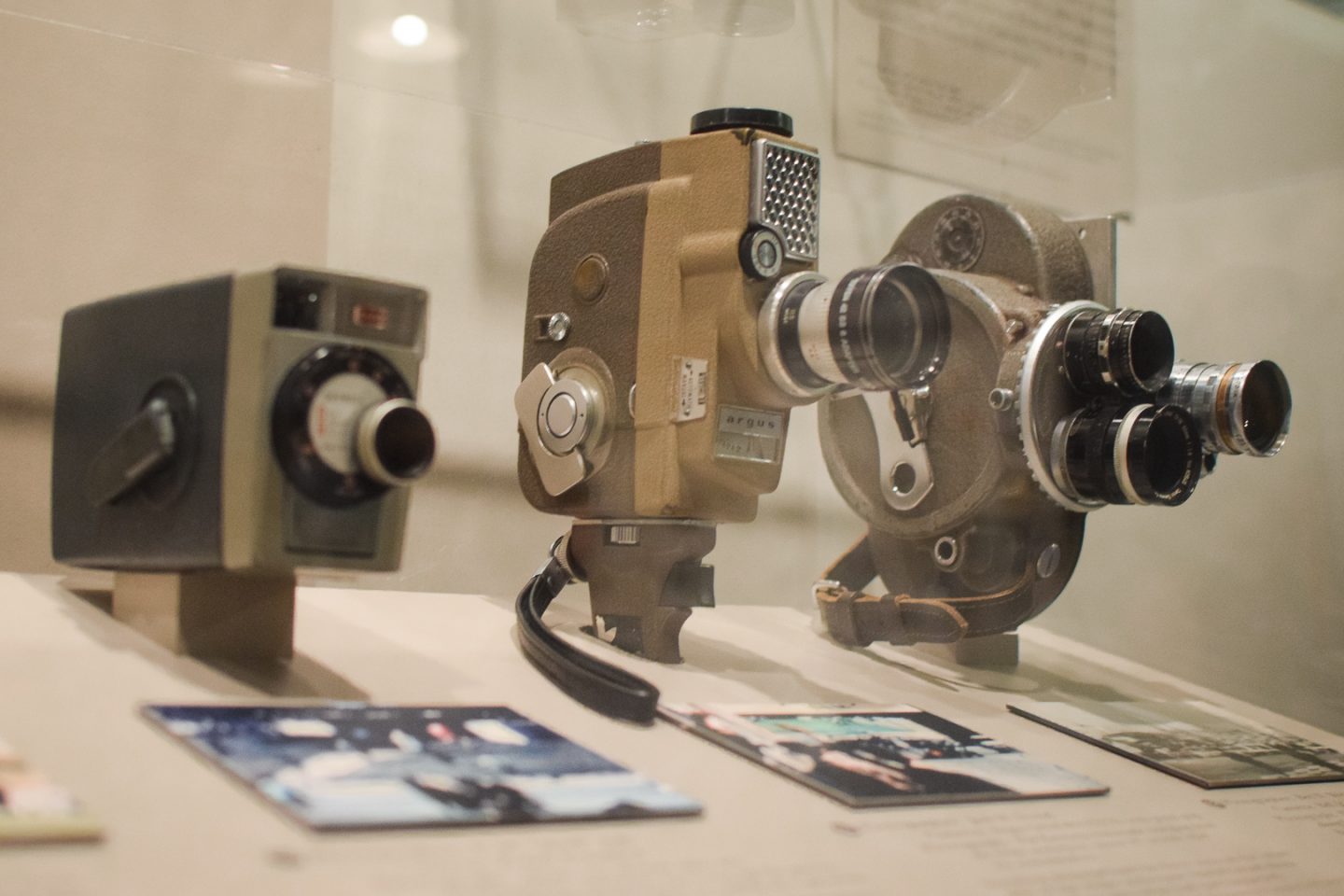 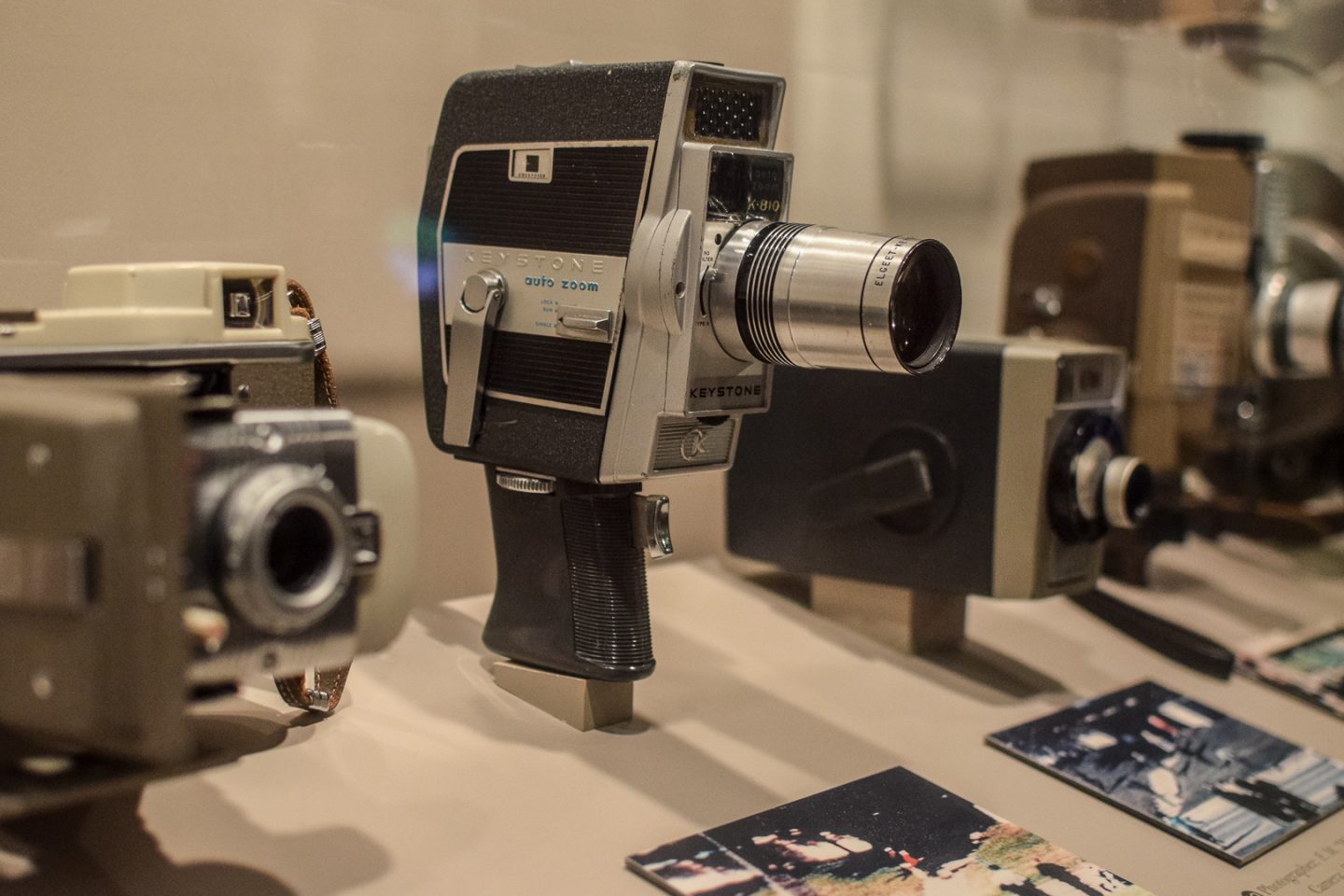 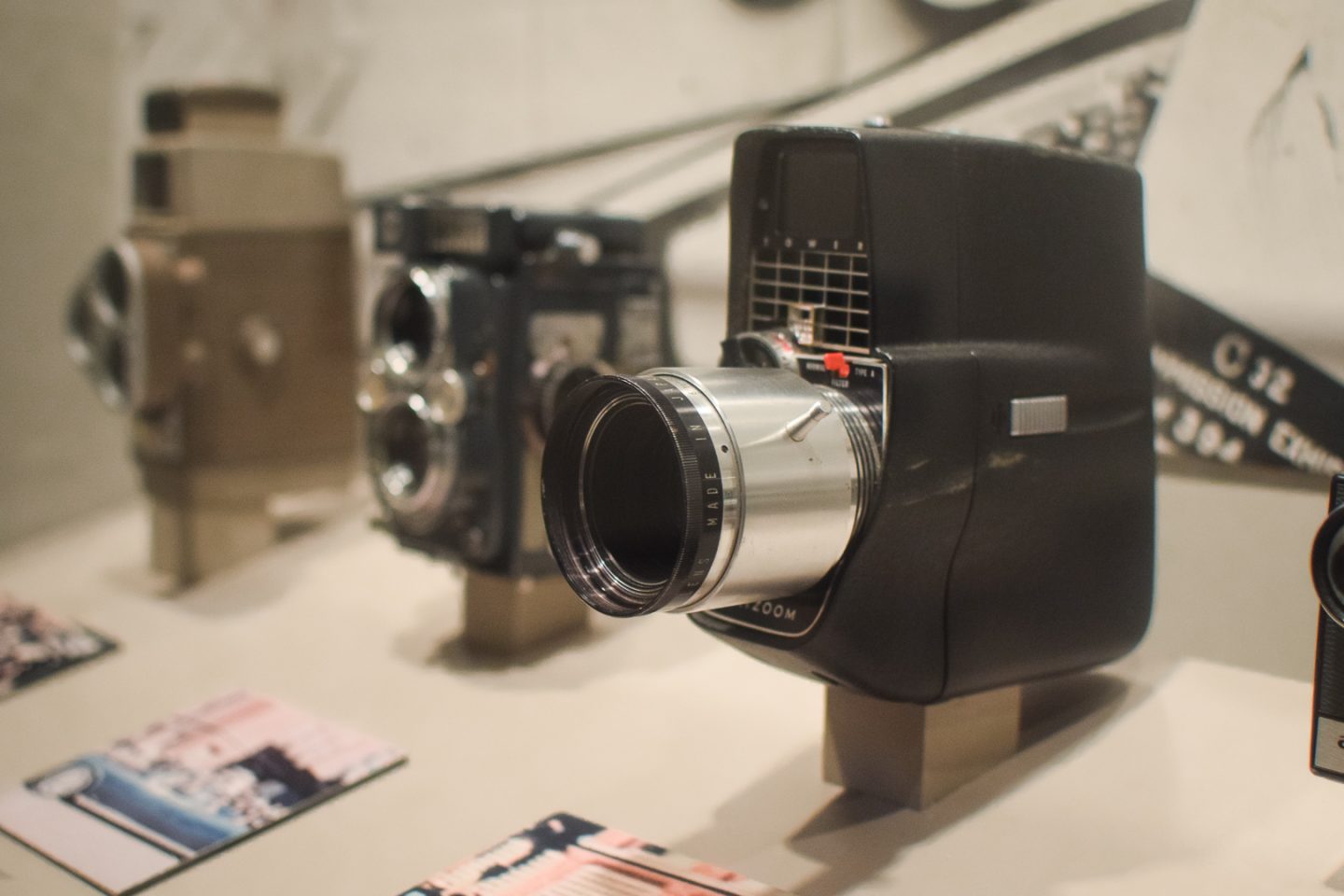 There was also information about the conspiracy theories that are still out there to this day, as well as a display detailing some of the things that JFK had been working on and became his legacy after his death. The website of the museum contains a lot of information about the assassination if you are interested!

The JFK assassination is one of those events that effected the entire nation and that people say they remember where they were when they heard that it occurred. It is kind of amazing how fast that news traveled way back before social media and cell phones. Then again, 9/11 also happened before a lot of social media! This museum reminded me a bit of the 9/11 Museum, which we visited in November. There was a display showing the other memorials and museums for national tragedies such as these, and as it turns out, we have been to all but one of them. They include Pearl Harbor, the site where Martin Luther King was assassinated (now the location of the National Civil Rights Museum), the Oklahoma City bombing memorial, the 9/11 Museum, and this one. We have not been to the National Civil Rights Museum. We did go to the Martin Luther King historical sites in Atlanta!