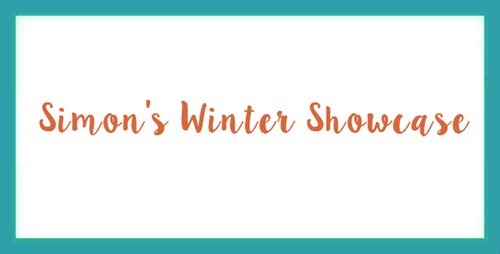 The Winter Showcase for 3rd-5th grades is a new program at our school. Last year was the first time it was held and Zachary was in 5th grade. This year, Simon is in 3rd. Last year, each class presented the things they have been working on and the program was a bit long. This year, after the classes performed together on stage, the parents went to their classrooms to see what they have been working on.

Simon was of course thrilled to see me taking pictures. 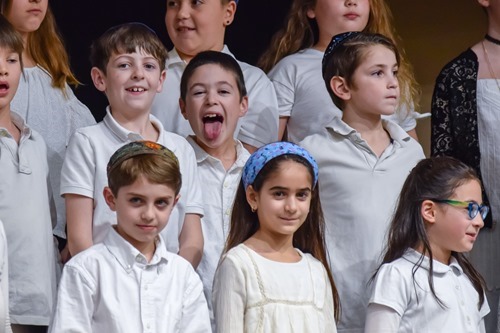 And I’m not quite sure what was going on here! 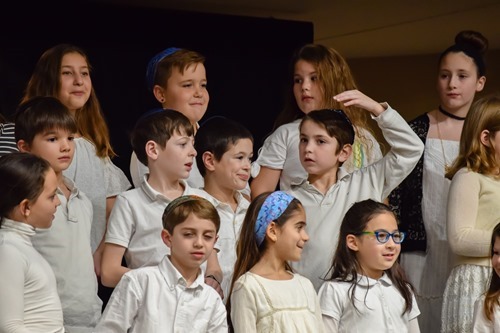 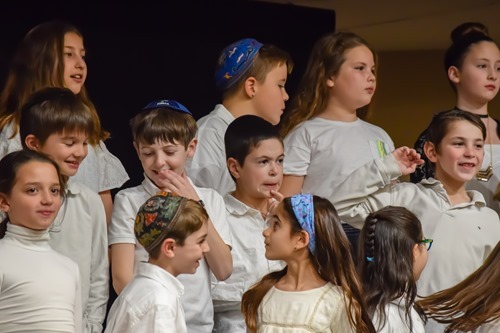 They sang a few songs. 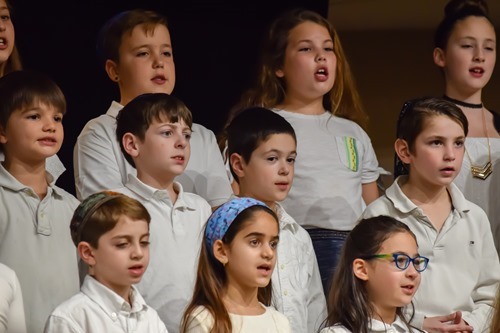 They listened to the 5th grade band play. 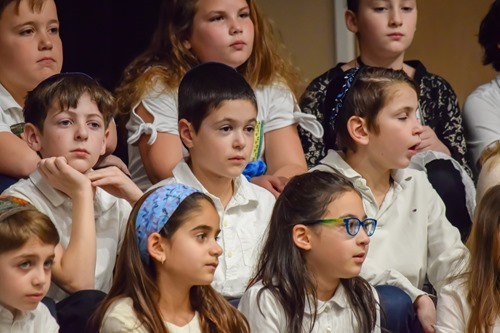 And sang another song. 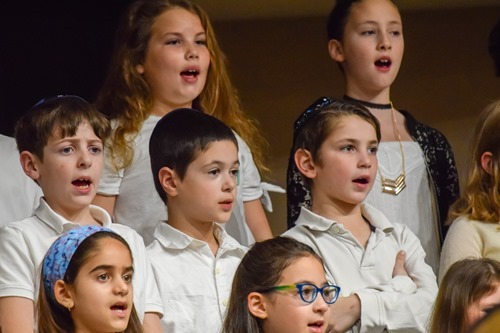 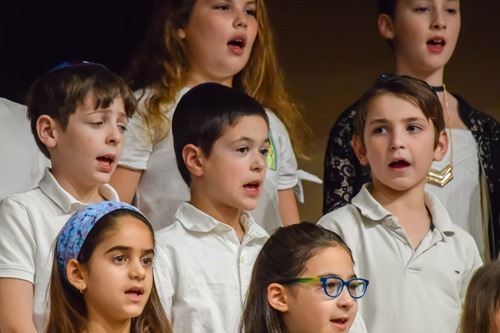 In the main 3rd grade classroom, a video newscast was showing. Simon’s part begins at the 6:54 mark:

He is in the part right after his main part as well.

The third graders had a monument museum. They each created a representation of something important to them. Simon chose the Beit Hamikdash – the temple that used to stand in Jerusalem. He wrote that he chose it because it was where the animal sacrifices were done. I have no idea why that is something he considers important! 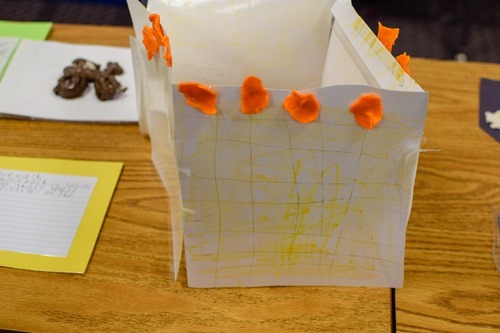 Finally, we saw the art projects that the third graders created using items from their homes. Simon chose to draw a menorah. 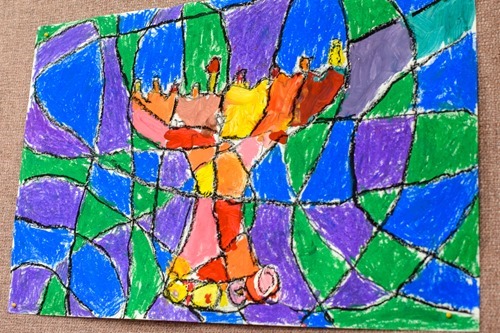 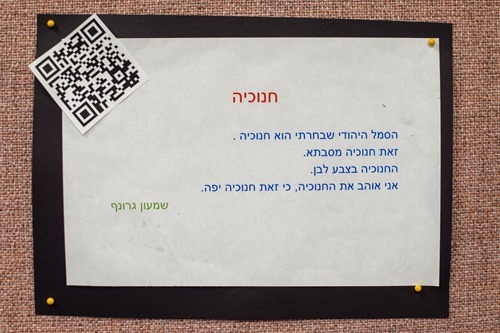 The QR code shown brings you to this video:

I liked that this year the program was shorter, but we still got to see what the kids have been working on in class!