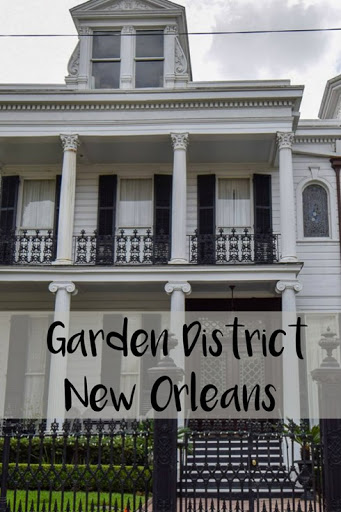 Last week I wrote about our trip to New Orleans and mentioned that I would share more about our tour of the Garden District. We used the self-guided Garden District Tour to learn about the houses and their architecture and history. This tour also covered the Lafayette Cemetery #1, which we had already visited the previous day.

Above-ground tombs are the norm in New Orleans and in this cemetery. The tombs can hold up to 35 family members. There are about 1000 tombs in the cemetery with about 7000 people buried in them. 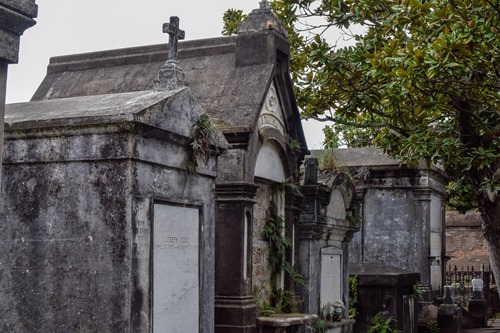 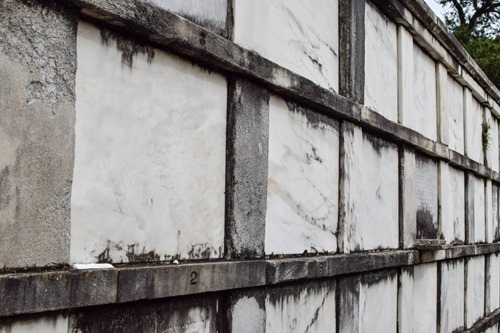 These are wall vaults which are used as temporary plots or less costly alternatives to large family tombs. 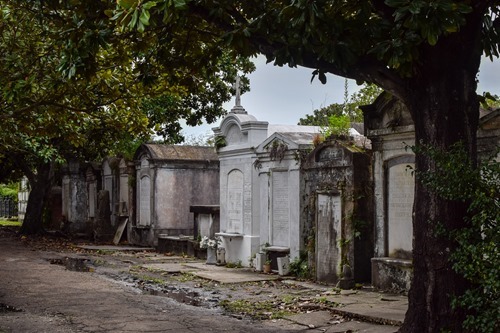 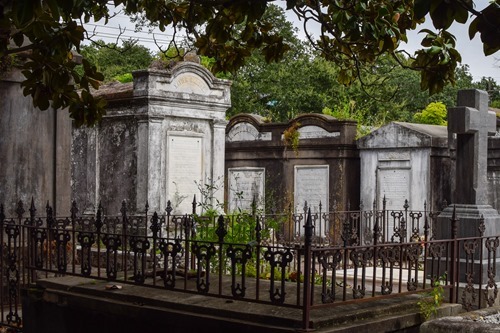 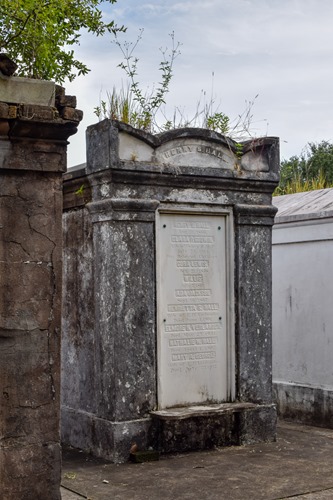 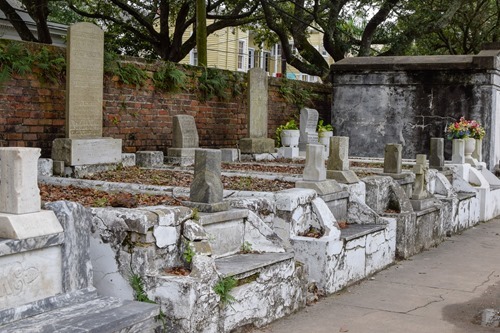 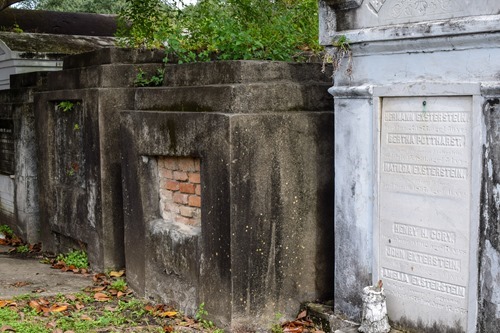 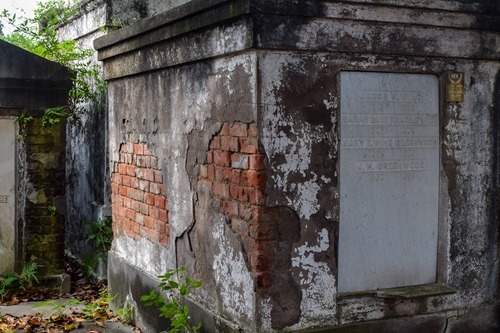 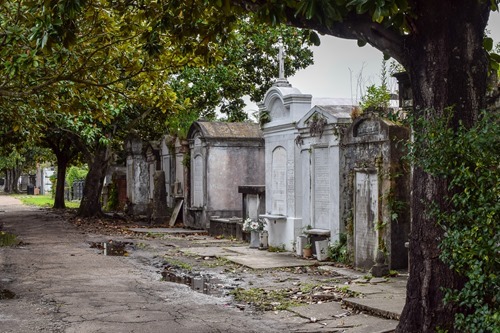 The first house we visited on the self-guided tour was Colonel Short’s Villa at 1448 Fourth St. This house was built for Colonel Robert Short in 1859. Apparently his wife was from Iowa and she missed the corn fields there so the cornstalk fence was a gift to her. During the Civil War, the governor lived in this house. 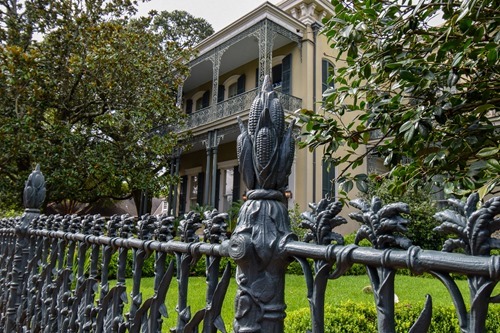 This is the Women’s Opera Guild House at 2504 Prytania St. Django Unchained filmed in this house. 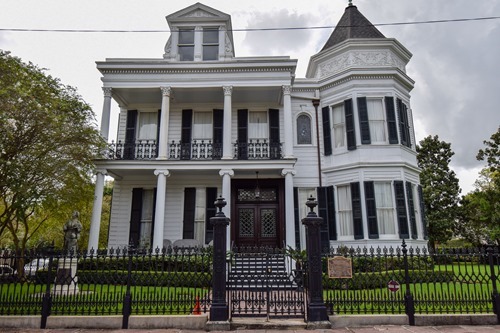 The oldest still-standing residence in the Garden District is called Toby’s Corner, at 2340 Prytania St. 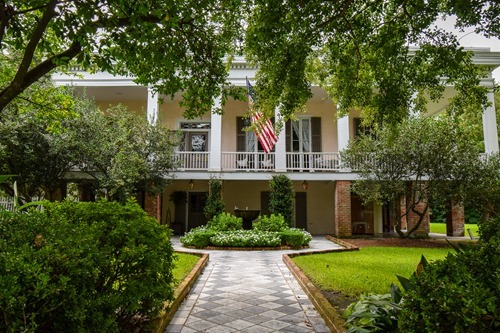 This is the home of former New Orleans Saints quarterback Archie Manning and the childhood home of his sons Peyton, Eli, and Cooper Manning at 1420 First St. 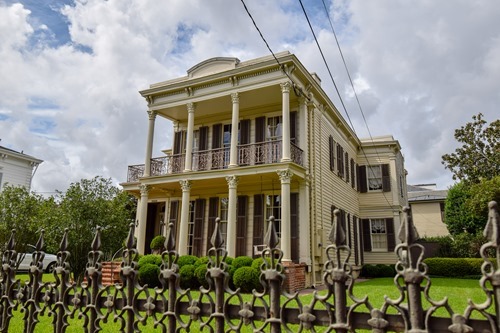 At 1331 First St. is the Morris Israel House which was the inspiration for the design of the Haunted Mansion at Disneyland! 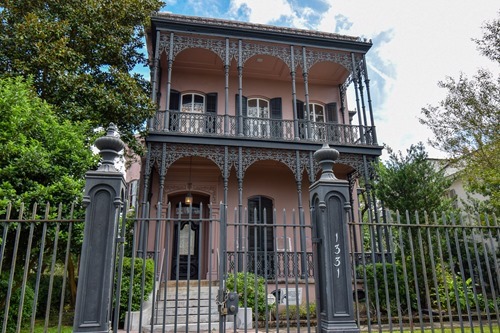 This house at 1239 First St. is the Anne Rice house. It has a Rosegate fence but the roses actually look more like skulls. 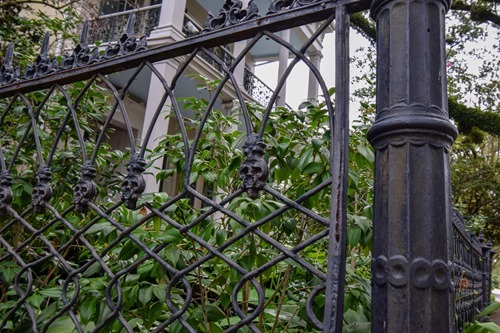 This is the Payne Strachan Houses at 1134 First St. Jefferson Davis died in this house. 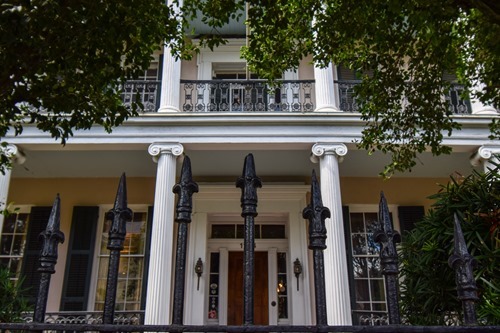 The Joseph Merrick Jones House at 2425 Coliseum St. belongs to John Goodman. Before him, the house belonged to Trent Reznor. 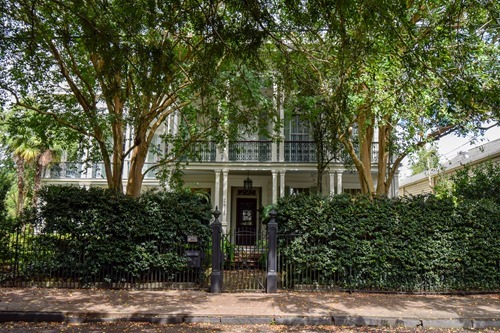 One of the largest houses in the Garden District is the Robinson House at 1415 Third St. 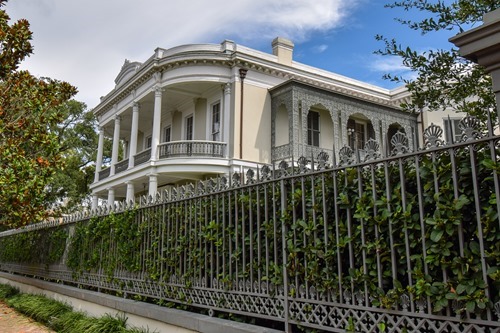 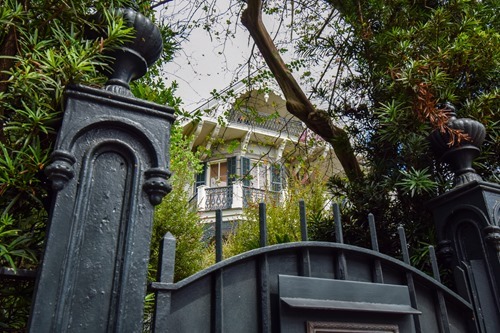 Finally, the Commander’s Palace Restaurant is considered to be one of the best restaurants in the U.S. 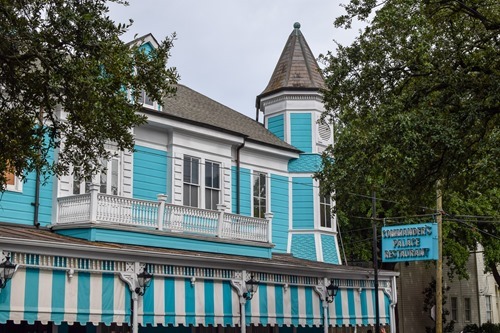 I also wanted to share the beads that you see hanging from all of the trees along the Mardi Gras parade route! 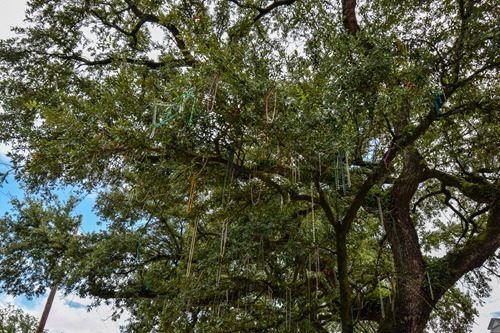 And some pictures of houses I liked that aren’t specifically important or on the self-guided tour, as well as the street car! 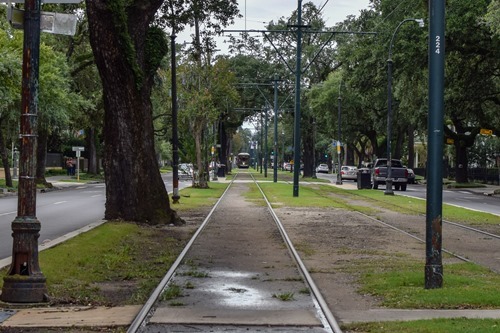 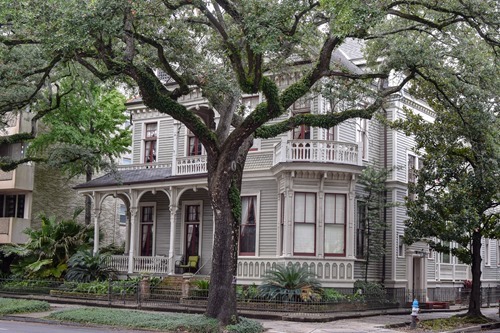 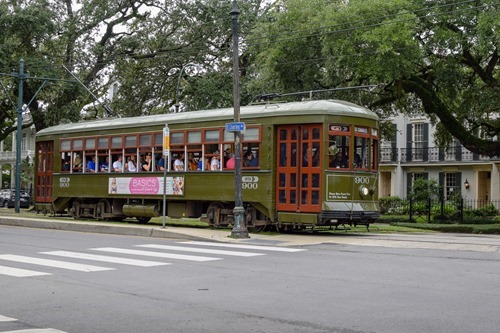 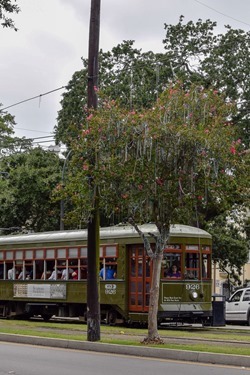 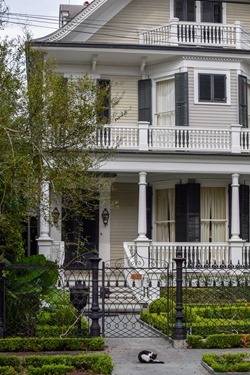 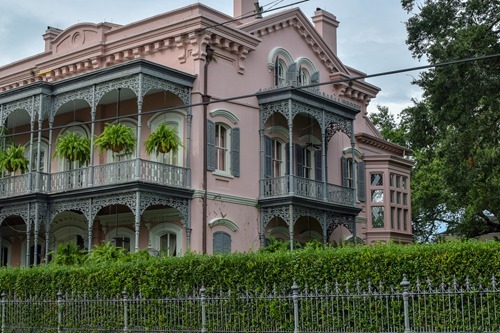 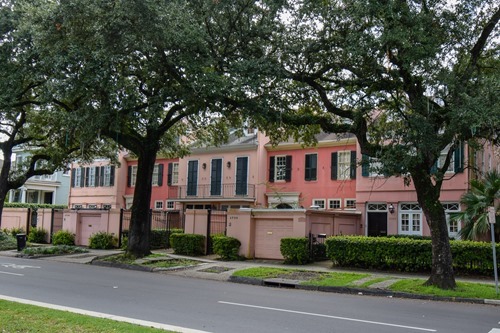 The architecture of these houses is really cool, isn’t it?