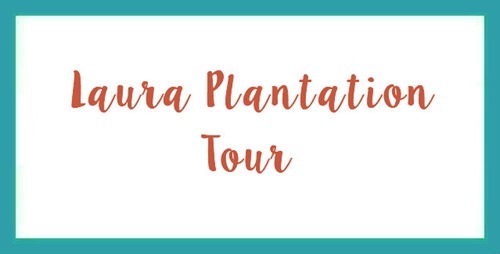 I didn’t take photos of the museum exhibits because they were mostly photos and written text about the stories of the slaves. They were very captivating and sad stories, but photos wouldn’t have done the exhibits justice. You can read more about some of the slaves here.

The one photo I took in the museum was of this Uncle Remus / Br’er Rabbit display. The Uncle Remus stories are variations of traditional stories that originated in Senegal and were brought to America by enslaved Africans. A neighbor of the Laura Plantation heard the stories from freed slaves and later published the translated stories. Therefore it is said that the Br’er Rabbit stories were collected at this plantation. 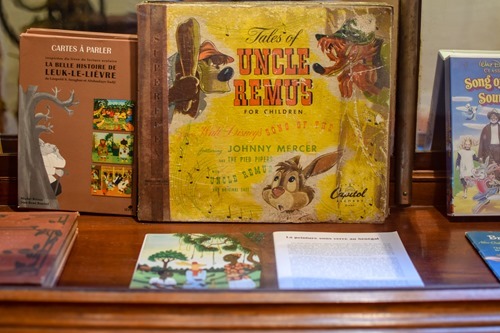 This is the main house, restored and painted as it was in the 1800s. It was built by slaves in 11 months. 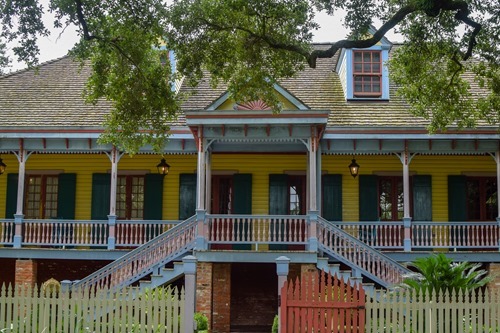 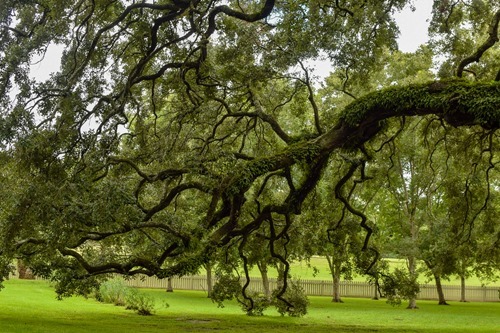 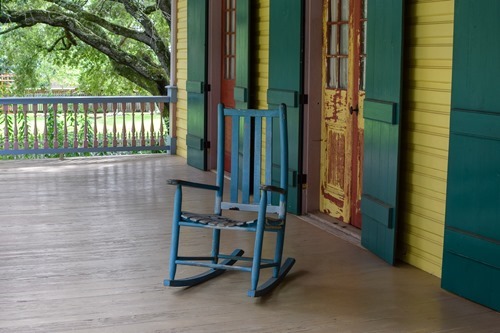 On the grounds are the remainders of the slave cabins. 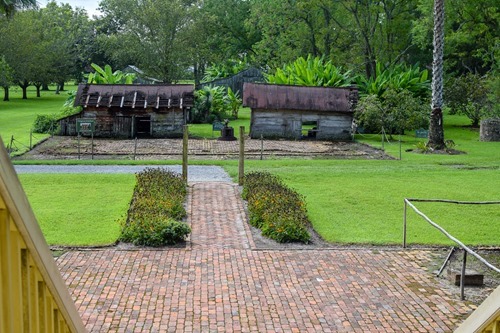 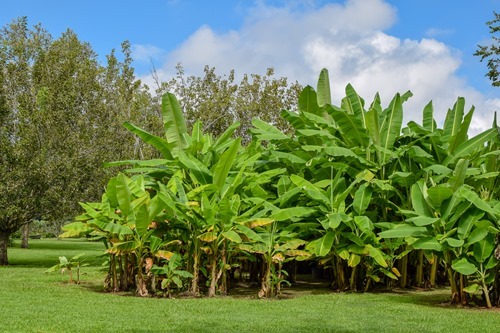 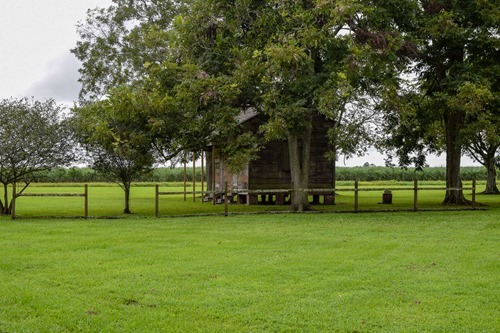 One interesting thing we learned on the tour is that even though slavery ended, it was difficult for the freed slaves to leave their homes on the plantation. They were made to work to repay “debts” but they were never allowed to actually complete their repayment. Descendants of the slaves remained on the plantation until 1977.

We also drove past two other plantations, just to see them from the outside. The top photo is Oak Alley and the bottom is called San Francisco. 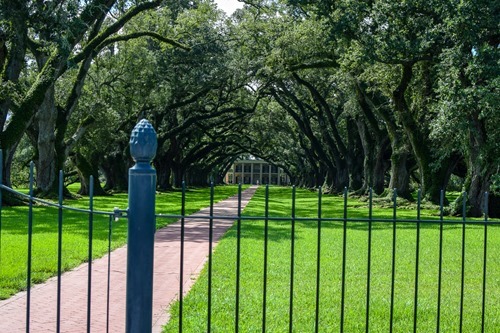 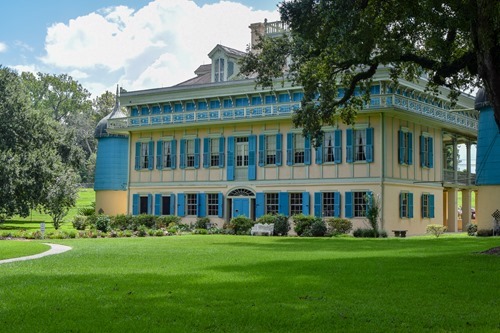 It was definitely interesting learning about this time in American history and I’m glad the tour at Laura addressed the history of the slaves as well as the plantation owners.