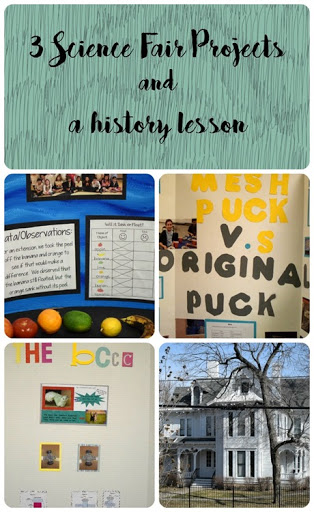 Last week, the kids had Science and Invention Fair at school. The younger kids do their science projects as a class – Simon’s class only made one board while Zachary’s was split into groups for theirs. The middle schoolers get to make their own invention and their boards explain how to use it! 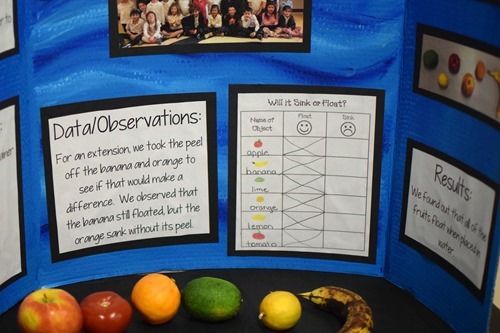 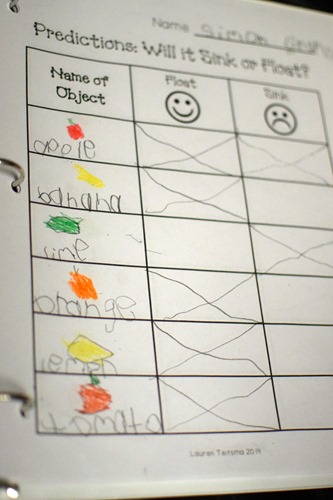 He predicted that the apple, banana, orange, lemon, and tomato would float, but the lime would sink. I’m not sure how he came up with that logic! 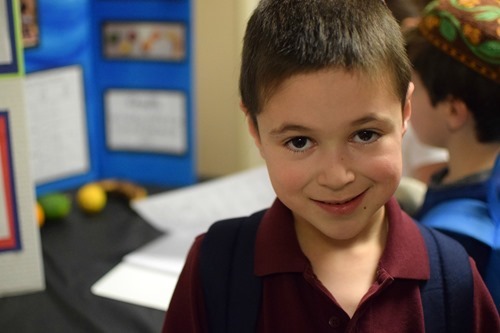 Simon was so excited to show me his class Science Fair board. 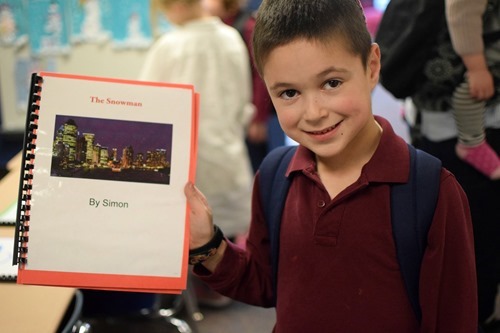 I also got to check out the story that Simon wrote about a snowman!

Project #2 – How Strong Are Our Pucks? 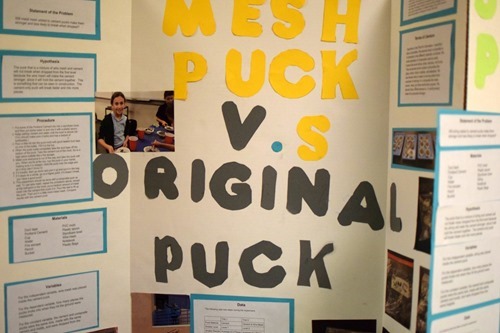 Zachary’s class has been working for awhile on constructing concrete pucks and dropping them off the top of the steps outside to see if they will break! They also constructed new pucks out of various materials to see if those pucks were stronger than the original pucks. Zachary’s group worked with mesh pucks! They made their Science Fair boards together with their groups. 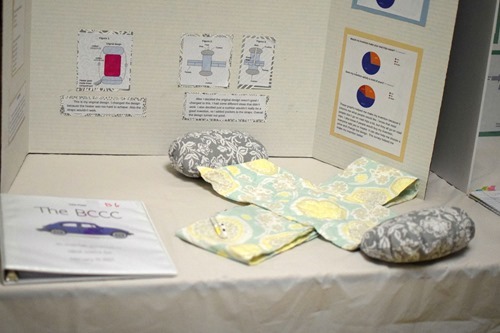 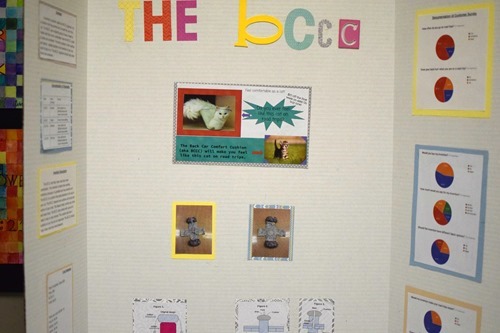 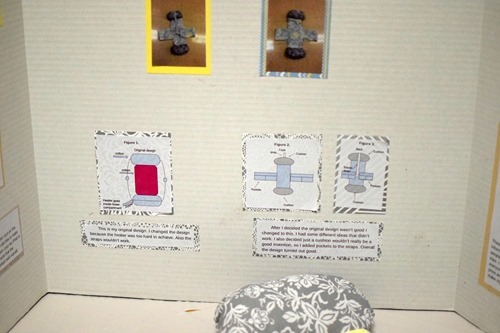 Because Gabbie often felt that her back hurt on our long car trips, she invented a cushion that wraps around the seat of our van, provides cushioning, and has pockets to hold things. She sewed her invention by herself! For the middle school, Science Fair is actually Invention Fair. When I asked Gabbie why her project doesn’t have to do with science, she said it is actually engineering!

And A History Lesson!

Off the topic of science, this week was Presidents’ Day and we decided it would be fun to visit the Truman Home in Independence, MO. Last year, we visited the Truman Presidential Library, which was very interesting, but we had never been to his house. The tour begins at the Visitor Center, where you purchase your tickets and watch a movie about Truman and his home in Independence. Truman seems like he was modest and humble with a sense of humor, and the movie was a good history lesson in addition to the tour of the home. Our guide even asked the kids questions from the movie and they remembered what they had watched!

Since Zachary is in 4th grade, he was able to join the Every Kid In a Park program which gets him an annual pass for him and the family to many national parks and historic sites! 4th grade is really the perfect age for these locations and Zachary seemed to really enjoy the house tour, plus now he is asking to visit both Yosemite and Yellowstone National Parks!

Across the street from the Truman Home is the Noland Home, which was where Truman’s cousins lived and how he reconnected with his childhood friend Bess Wallace, who he married – then moving into her family’s home. There are exhibits inside this home as well. 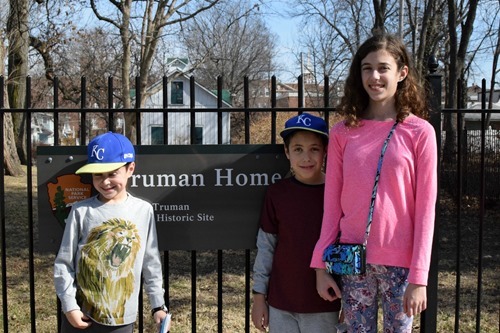 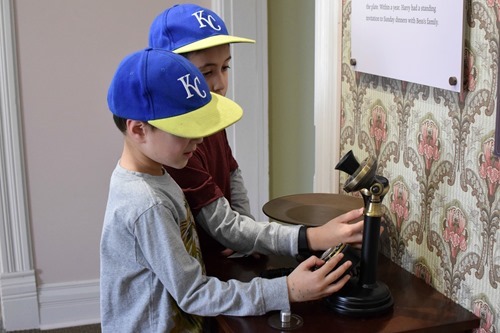 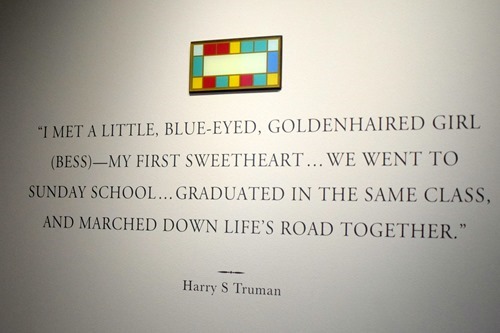 The Truman Home as seen from the Noland Home: 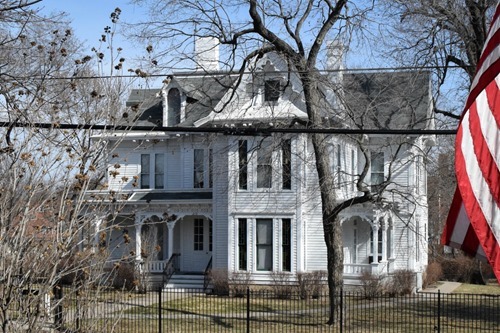 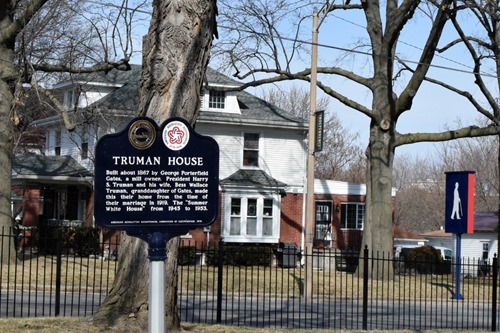 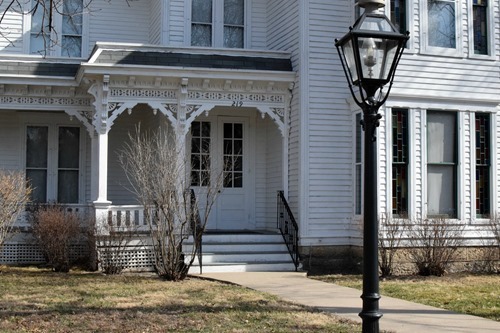 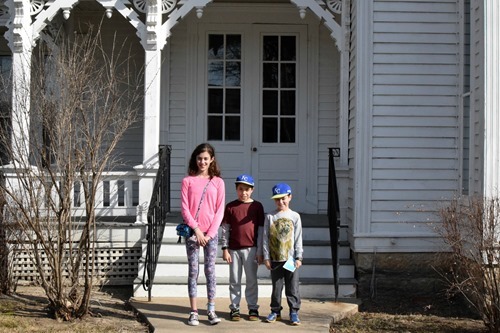 You are not allowed to take photos inside of the home, so you’ll have to take my word that it is worth a visit!

Other places we have visited in Independence, MO include:
The Truman Library | The Frontier Trails Museum | The Peace Pavilion