This year, Zachary started Cub Scouts. He’s really been enjoying it and I like that he is a part of something! Last week, he had his Pinewood Derby event. I remember the Pinewood Derby from when my brother was a Cub Scout, but I don’t remember him having to alter his car. In fact, the boys get a block of wood that needs to be cut and turned into a car of the correct weight and ability to go fast. Zachary’s didn’t go fast enough! Apparently I should have checked pinterest before the event! 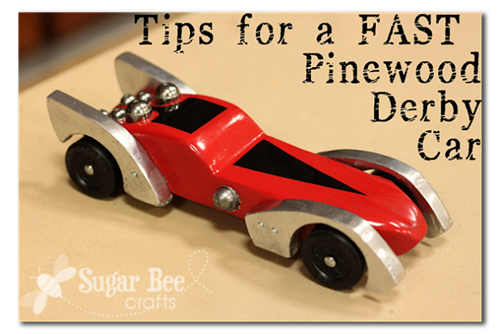 Of course, I wouldn’t want to actually make Zachary’s car for him, and he did a good job painting his car on his own. 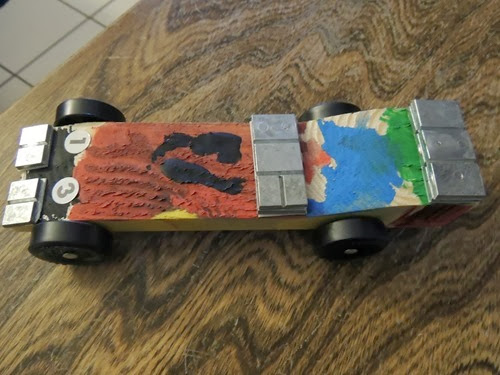 According to what I just read, the weights should be in the back, not spread throughout!

Zachary had a good time at the Pinewood Derby even though his car came in 4th in 3 of his races and 3rd in the other! 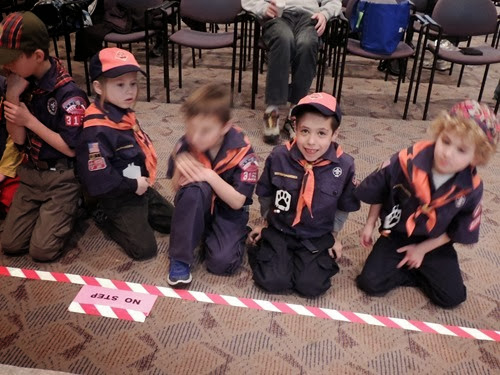 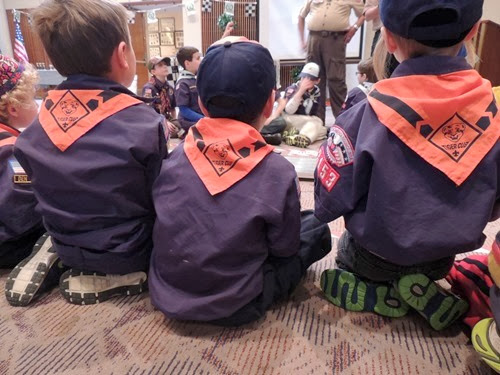 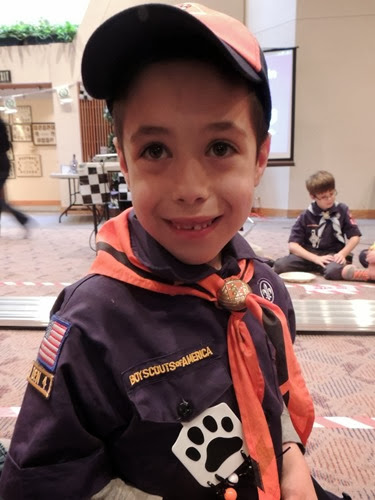 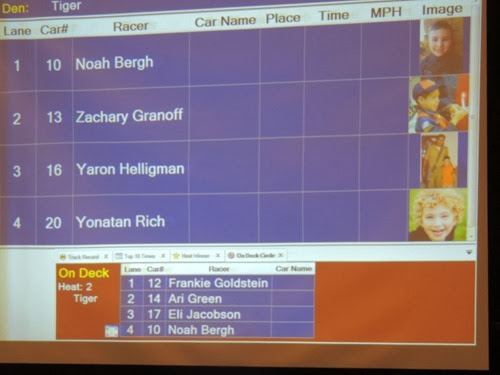 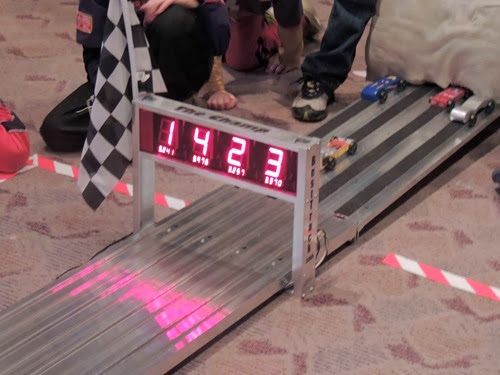 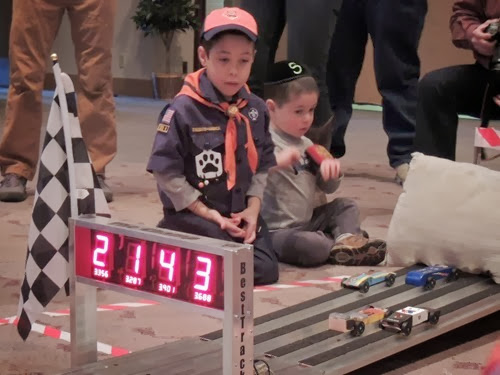 One of our little friends was sick the day of the race, but his car came in first in all of his races! (He is a year older than Zachary so they weren’t racing against each other). I had a good time texting his mom the results after each round. We are planning to have his dad help us build a better car next year!