…that sometimes I have no idea what to post about on my blog.

…that I’m hoping this will get me through the rest of the month until Scandal returns. And it’s also okay that I’m beyond obsessed! I can totally relate to Breanna’s post about being a fangirl! 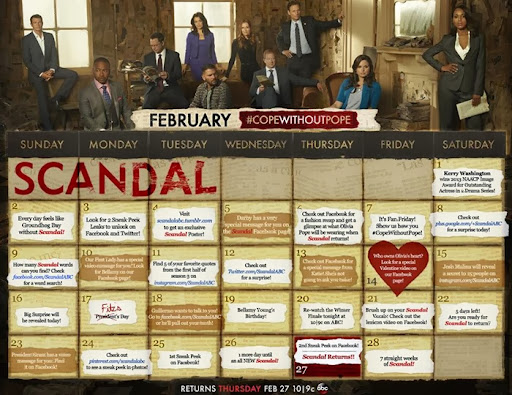 …that I predict multiple snow days this week.

…that Gabbie is nervous because her first dance team performance is Thursday and if there’s no school tomorrow she’ll miss her last practice before the performance.

…that I like the Superbowl for the food and friends.

…that I was shocked to hear that people were upset about the Coca Cola America the Beautiful commercial, saying it was anti-American because the song was sung in multiple languages. I thought it was great!

…that Zachary is going to start occupational therapy for his writing issues. And he doesn’t want to go.

…that last week I had my first official “blate”! Tracie and I met up and had a lot of fun together! But we didn’t take any photos. Oops.

…that I’m reading a book on my kindle but I officially know I like real books better.

…that I had something else to say here but I forgot what it was!