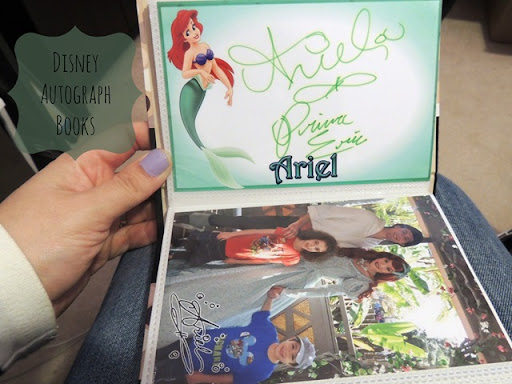 Prior to our Disney World trip last year, I decided to come up with autograph books for Gabbie and Zachary. In order to make these books, I chose and saved images from here based on which characters we planned to meet. (If you don’t like these images, others can be found here and here.) If Photobucket isn’t working, here is a link to autograph pages saved via google photos! For example, for Cinderella and Minnie Mouse I chose the following: 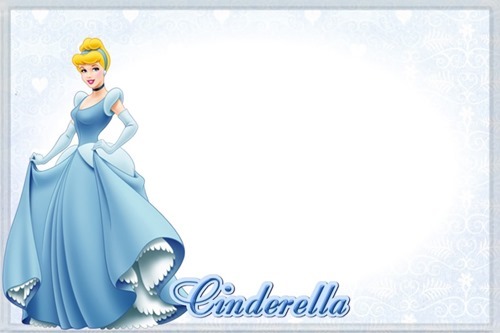 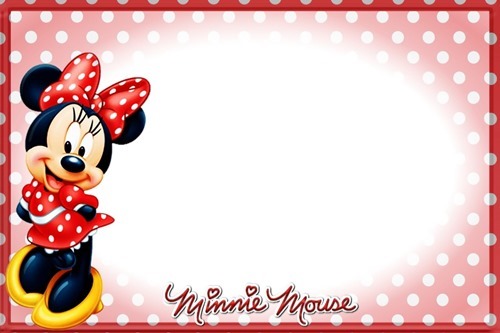 I had these images printed (I ordered them from Walgreens) and I bought each kid a 4×6 album. We brought along various colored Sharpie markers (and in the end I wished I had brought even more variety because the kids loved matching the colors to the characters).  I kept the images in alphabetical order in my bag, so that when we were in line to meet a character I could take out the appropriate image. When we approached a character, each child gave him or her the printed image held on top of their photo album so the character had something to lean on while writing. Afterwards, we would slip the signed image into one of the album pages.

Some photos of the process: 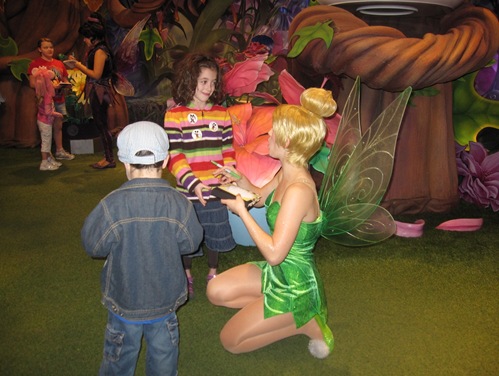 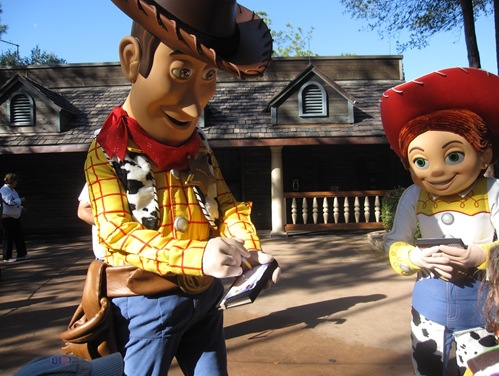 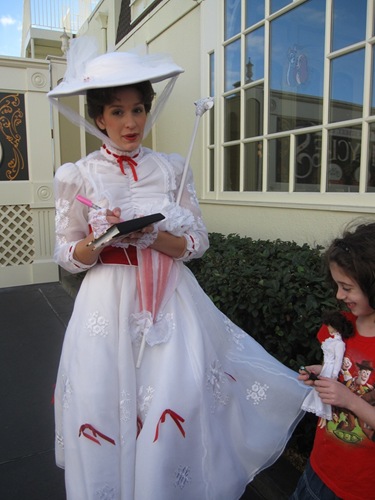 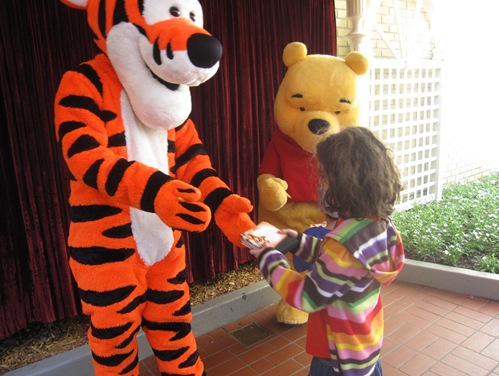 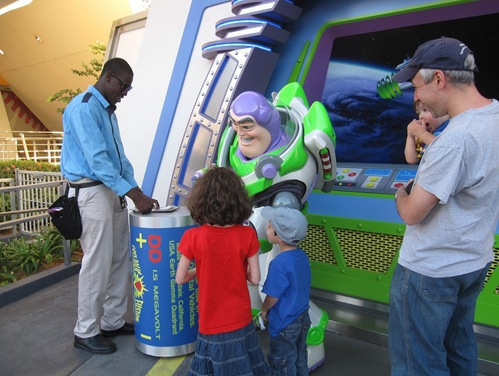 Buzz stamps his name, rather than signs, and our images got stuck to his stamp! They survived though! 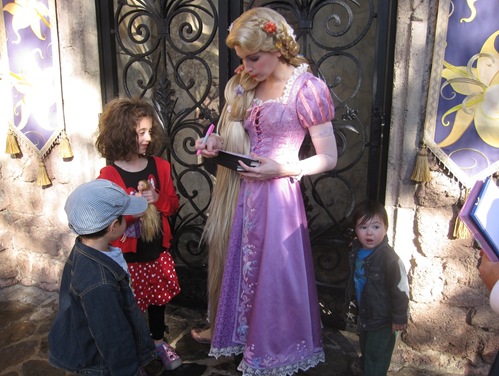 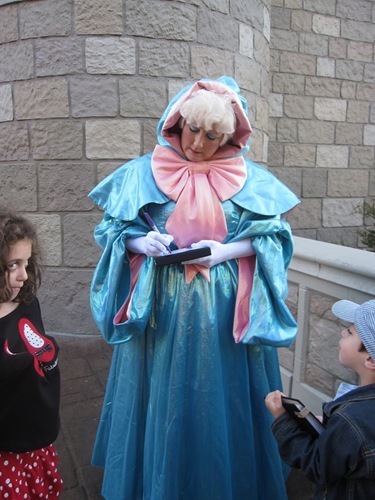 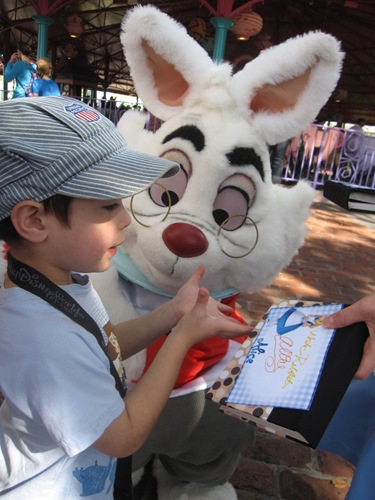 Twice we met two characters together and we only had a page for one of them, so they signed the same image. I also had some blanks without a specific character just in case!

When we got home, I ordered prints of the best photos of each kid with each character they had met. I put the pictures opposite the autographs in each of their books. I filled the rest of the albums with other Disney pictures! 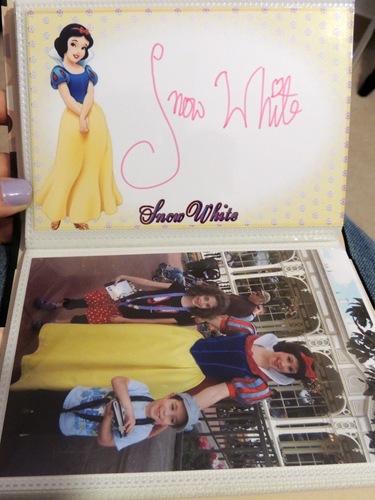 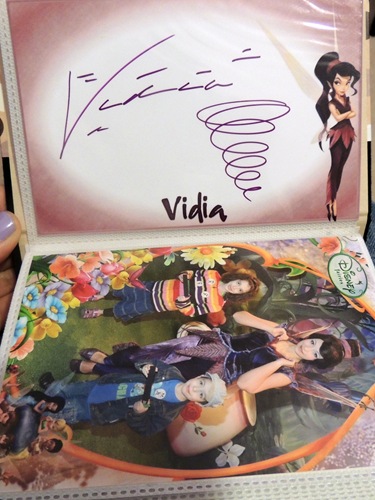 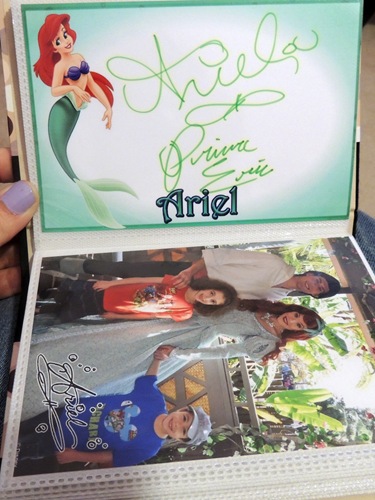 I really like having the pictures together with the autographs! My kids enjoy flipping through their books as well. Collecting characters autographs is a great way to help shy kids approach characters, and I even love doing it myself! 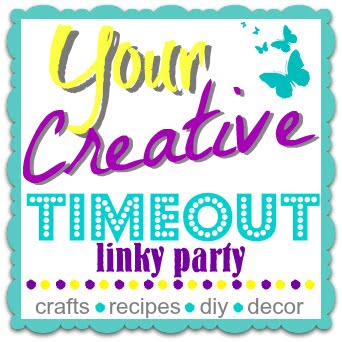