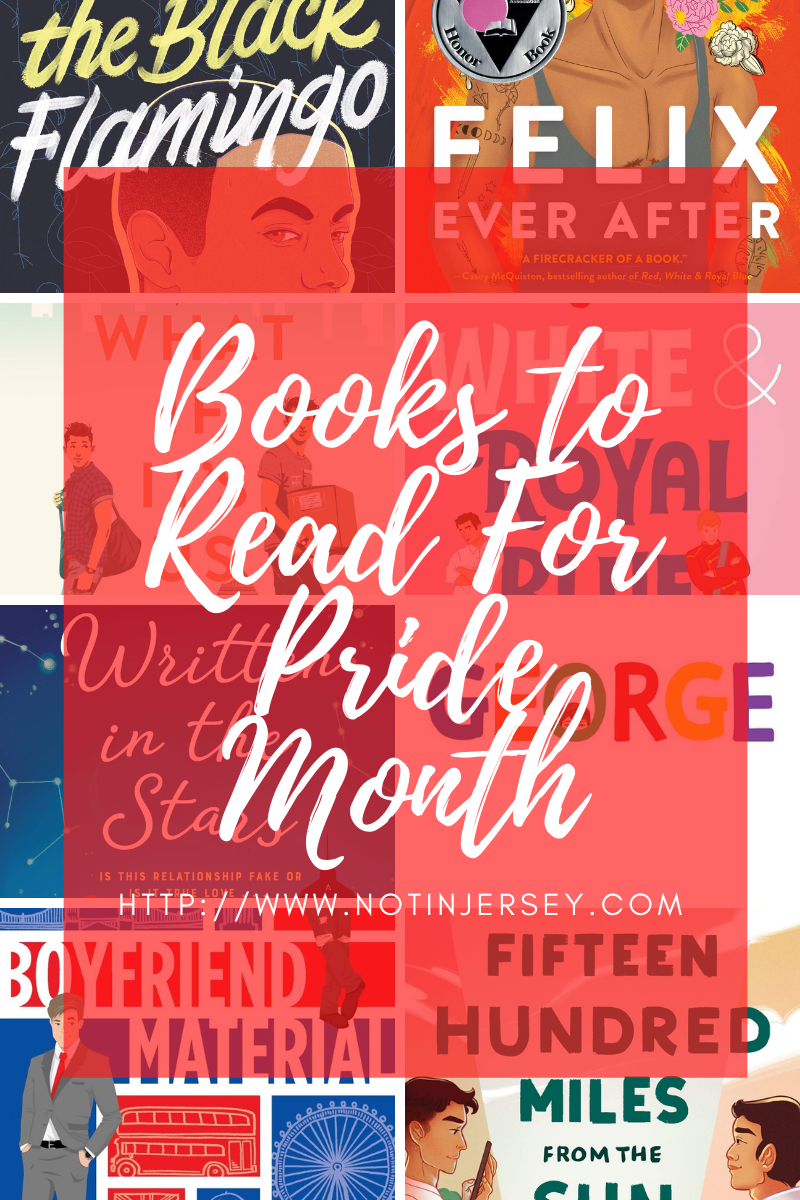 June is Pride Month – for LGBTQ+ Pride – so I thought this month I’d share a list of books with Queer representation that you can pick up this month or any other month you choose! As always, Amazon links are affiliate links and if you use them and make a purchase, I may receive a small commission. 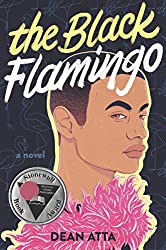 For some reason, I thought this book was a memoir. While it isn’t, it is based on the author’s life, and he narrates the audio book himself. It was a great listen!

“Michael is a mixed-race gay teen growing up in London. All his life, he’s navigated what it means to be Greek-Cypriot and Jamaican—but never quite feeling Greek or Black enough. As he gets older, Michael’s coming out is only the start of learning who he is and where he fits in. When he discovers the Drag Society, he finally finds where he belongs—and the Black Flamingo is born. Told with raw honesty, insight, and lyricism, this debut explores the layers of identity that make us who we are—and allow us to shine.”

This was a quick listen which was the story of a coming of age and identity. I have been reading many books in verse lately and hearing them on audio makes them even better! 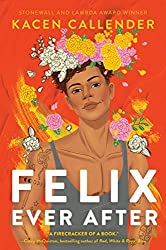 Felix Ever After is a lovely story about a trans boy coming to understand his identity and finding love. This book helps the reader to understand things that you should not say to a trans person.

“Felix Love has never been in love—and, yes, he’s painfully aware of the irony. He desperately wants to know what it’s like and why it seems so easy for everyone but him to find someone. What’s worse is that, even though he is proud of his identity, Felix also secretly fears that he’s one marginalization too many—Black, queer, and transgender—to ever get his own happily-ever-after. When an anonymous student begins sending him transphobic messages—after publicly posting Felix’s deadname alongside images of him before he transitioned—Felix comes up with a plan for revenge. What he didn’t count on: his catfish scenario landing him in a quasi–love triangle….But as he navigates his complicated feelings, Felix begins a journey of questioning and self-discovery that helps redefine his most important relationship: how he feels about himself.”

I learned a lot about the queer and trans communities from this book. I really liked getting to know Felix and his friends through this book. 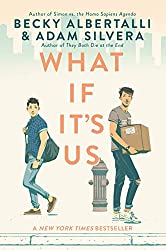 Title: What If It’s Us
Author: Becky Albertalli & Adam Silvera
Publisher: HarperTeen, 10/9/18
File Under: YA Romance
Originally Reviewed in January 2021

I really enjoyed What If It’s Us and found it really cute and funny. It had me laughing out loud in a lot of places!

“ARTHUR is only in New York for the summer, but if Broadway has taught him anything, it’s that the universe can deliver a showstopping romance when you least expect it. BEN thinks the universe needs to mind its business. If the universe had his back, he wouldn’t be on his way to the post office carrying a box of his ex-boyfriend’s things. But when Arthur and Ben meet-cute at the post office, what exactly does the universe have in store for them . . . ? Maybe nothing. After all, they get separated. Maybe everything. After all, they get reunited. But what if they can’t nail a first date even after three do-overs? What if Arthur tries too hard to make it work and Ben doesn’t try hard enough? What if life really isn’t like a Broadway play? But what if it is?”

I think I love this author and will gladly read all of her books! As an aside, in this book, there was a scene in which Ben’s family makes dinner for Arthur’s family. Arthur’s mom is mortified when she realizes they are Jewish because they are having ham for dinner. This is not a problem for Arthur’s family, as they do eat pork, but I appreciated this scene because in some books a character is said to be Jewish, but is also shown to be eating pork or seafood with no acknowledgement that these foods actually aren’t kosher. ⁣ 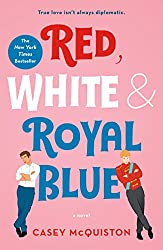 Reading about an alternate American in which the woman president has a biracial and bisexual son was a sweet and hopeful way to spend Election Day this month. I’m one of the last people to read this well loved book!

“When his mother became President, Alex Claremont-Diaz was promptly cast as the American equivalent of a young royal. Handsome, charismatic, genius―his image is pure millennial-marketing gold for the White House. There’s only one problem: Alex has a beef with the actual prince, Henry, across the pond. And when the tabloids get hold of a photo involving an Alex-Henry altercation, U.S./British relations take a turn for the worse. Heads of family, state, and other handlers devise a plan for damage control: staging a truce between the two rivals. What at first begins as a fake, Instragramable friendship grows deeper, and more dangerous, than either Alex or Henry could have imagined. Soon Alex finds himself hurtling into a secret romance with a surprisingly unstuffy Henry that could derail the campaign and upend two nations and begs the question: Can love save the world after all? Where do we find the courage, and the power, to be the people we are meant to be? And how can we learn to let our true colors shine through?”

I enjoyed reading this although I admit I was distracted while doing so! If you’re looking for a book that can make you hopeful about the future politically, this may be it! 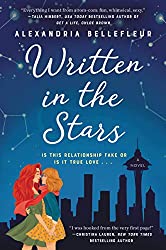 What a fun, sweet, and romantic fake dating leads to love story this was. Darcy is tired of being set up on blind dates by her brother so she tells him that she and Elle hit it off. When Elle hears that they hit it off, she wonders what she missed! But she agrees to pretend they are dating and guess what? Opposites really do attract. ⁣

“After a disastrous blind date, Darcy Lowell is desperate to stop her well-meaning brother from playing matchmaker ever again. Love—and the inevitable heartbreak—is the last thing she wants. So she fibs and says her latest set up was a success. Darcy doesn’t expect her lie to bite her in the ass. Elle Jones, one of the astrologers behind the popular Twitter account Oh My Stars, dreams of finding her soul mate. But she knows it is most assuredly not Darcy… a no-nonsense stick-in-the-mud, who is way too analytical, punctual, and skeptical for someone as free-spirited as Elle. When Darcy’s brother—and Elle’s new business partner—expresses how happy he is that they hit it off, Elle is baffled. Was Darcy on the same date? Because… awkward. Darcy begs Elle to play along and she agrees to pretend they’re dating. But with a few conditions: Darcy must help Elle navigate her own overbearing family during the holidays and their arrangement expires on New Year’s Eve. The last thing they expect is to develop real feelings during a faux relationship. But maybe opposites can attract when true love is written in the stars?”

One thing I loved about this book was that although both women have issues with their families, none of those issues had to do with sexuality. That Darcy and Elle are both women was not a problem for either family. ⁣I appreciated that, and I enjoyed their relationship in this book! 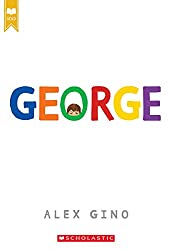 ⁣George is about a transgender girl and is meant for younger readers. My kids really enjoyed listening to me read it to them.

“When people look at George, they think they see a boy. But she knows she’s not a boy. She knows she’s a girl. George thinks she’ll have to keep this a secret forever. Then her teacher announces that their class play is going to be Charlotte’s Web. George really, really, REALLY wants to play Charlotte. But the teacher says she can’t even try out for the part . . . because she’s a boy. With the help of her best friend, Kelly, George comes up with a plan. Not just so she can be Charlotte — but so everyone can know who she is, once and for all.”
⁣
George is funny and poignant as well as important. We started the book during banned books week, because of course a book about a transgender girl is banned in some places. We also learned a lot from the questions with the author at the end of the book, including ways to support, talk to, and talk about transgender people. ⁣ 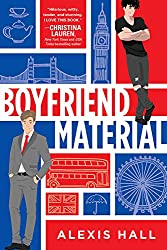 I listened to this book and the narrator was so great. He was able to provide unique voices for all of the characters and he gave a great authenticity to each of them. This book was hilarious and it had me laughing out loud while listening!

“Luc O’Donnell is tangentially—and reluctantly—famous. His rock star parents split when he was young, and the father he’s never met spent the next twenty years cruising in and out of rehab. Now that his dad’s making a comeback, Luc’s back in the public eye, and one compromising photo is enough to ruin everything. To clean up his image, Luc has to find a nice, normal relationship…and Oliver Blackwood is as nice and normal as they come. He’s a barrister, an ethical vegetarian, and he’s never inspired a moment of scandal in his life. In other words: perfect boyfriend material. Unfortunately, apart from being gay, single, and really, really in need of a date for a big event, Luc and Oliver have nothing in common. So they strike a deal to be publicity-friendly (fake) boyfriends until the dust has settled. Then they can go their separate ways and pretend it never happened. But the thing about fake-dating is that it can feel a lot like real-dating. And that’s when you get used to someone. Start falling for them. Don’t ever want to let them go.”

This was my first male / male romance and I really enjoyed it. Luc and Oliver were both great characters, as were their friends. I especially loved to laugh at Luc’s co-worker Alex, and Luc’s mom. I definitely recommend the audio of this one!