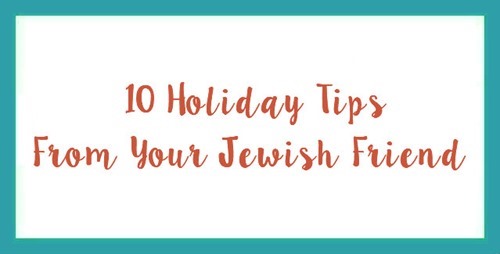 This month’s topic for 10 on the 10th with Simple Purposeful Living is 10 Holiday Tips. My first thought when I saw this topic was that I would have to sit this one out. I don’t celebrate Christmas and my holiday season is really in the fall, when we have our most important and busy holidays. But then I started thinking maybe someone would appreciate my thoughts on being Jewish during Christmastime. I’m still not sure about writing this, because most of what I have to say has been said before, and not without controversy, but here we go.

1. Not everyone celebrates Christmas. I feel like this is important to note because I sometimes feel like people forget that this little fact. There are plenty of people who will argue that Christmas is an American holiday and it’s secularized, so everyone should celebrate it. For me, it’s religious and no matter how secularized it has become, it is still religiously based.

2.  Just because I don’t celebrate Christmas doesn’t mean I have a problem with anyone else celebrating Christmas. I understand the Christmas spirit and the goodwill and the family time that comes with it. I just don’t want to be pressured into celebrating it myself.

3. I am not offended when people wish me Merry Christmas if they don’t know me. But when people who do know me and my family still ask us how our Christmas was and my kids have to tell them yet again that we don’t celebrate it…it can hurt.

4. What about Hanukkah? Well, Hanukkah is not the Jewish version of Christmas. Just because one religion has a holiday it doesn’t mean that every other religion has to have an equal and similar holiday. What the two holidays have in common is that they both occur in December and they both have been highly commercialized when it comes to gift-giving.

5. You don’t have to try to make things equal by playing that one popular Hanukkah song on your Christmas music station or by putting menorahs on your Christmas trees in public places. I would personally rather be left out of it.

6. I hear about people saying they celebrate “both,” meaning both Christmas and Hanukkah. That’s fine, but if you do so in order to teach your children about Judaism, I would suggest also introducing other holidays like Passover, Sukkot, or even Purim, because when up against Christmas, Christmas will win.

7. I think the best advice I have is to be respectful.

8. A quote from one of my favorite websites, jewfaq.org – “Most American Jews feel a sort of ambivalence about Hanukkah. On the one hand, most of them know that Hanukkah is not a big deal, and they don’t want to make a big deal about it. On the other hand, Christmas is everywhere, unavoidable and overwhelming, and Jews want something of their own to counterbalance it. This is the primary motivation behind elaborate Hanukkah decorations and enormous Hanukkah menorahs in public areas: Hanukkah is not very important, but asserting our Jewish identity and distinctiveness and existence in the face of overwhelming pressure to conform to a non-Jewish norm is important. Pressuring Jews to conform to that norm or to participate in Christmas events if they don’t want to is inconsiderate at best.”

9. Don’t assume. I am one person and my views aren’t necessarily the same as anyone else’s. If you have a Jewish friend and you have questions, ask them.

10. A few articles on this topic you might want to read: 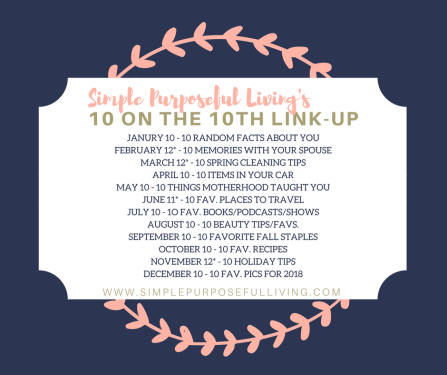