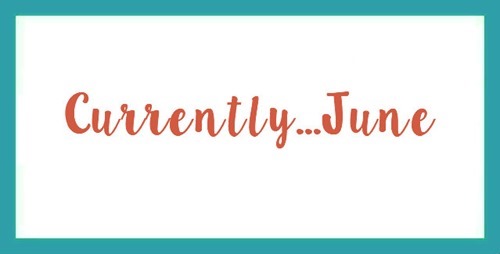 Today I’m  linking up with Anne In Residence for her Currently link up. June’s prompt words are: traveling, grilling, exploring, planting, and playing. Here’s what we’re currently up to!

As I’ve mentioned a bunch of times before, our next trip is to Disney World, where Gabbie will be dancing. We will also spend a few days in Tampa before we get to Orlando. We are also planning our next epic road trip which will take us to Yellowstone, as well as Utah and Colorado!

On Sunday, one of Zachary’s classmates and his family had a end of 5th grade party. We grilled hot dogs over a fire, which was kind of cool!

I’m kind of exploring the world of being a swim team parent. I feel so clueless when most everyone else seems to know what’s going on! We have to volunteer twice during the season and I signed up to volunteer at Monday’s time trials. I asked someone about my job and they said they actually didn’t need that job done. But then I saw that someone else was doing the job! So confusing.

I’ve been trying to plant the idea in my kids’ heads that it is ok not to have a big outing every day. Last week, we did errands and went to the pool most days. But Monday this week, we didn’t have plans besides Zachary’s time trials and the other kids were getting bored. They need to learn to better entertain themselves during down time!

Speaking of entertaining themselves, Simon and Zachary are obsessed with the game Roblox. I don’t really even know what it is, but they always want to use my computer to play it! Next week, Zachary is going to a Roblox themed camp, and I think he is going to learn to make his own games too!

Now tell me something you are currently doing!