Our first week of Summer Break did not feel much like summer due to the cooler weather and the non-stop rain! We made the most of it though, and throughout the week, we visited five new-to-us places in the Kansas City, MO area. For the next few Wednesdays, I will be sharing those places with you!

The first place we visited was the Money Museum. Located at the Federal Reserve Bank of Kansas City, this museum is only open on weekdays, but opens early at 8:30 AM. It is free, and each guest gets a souvenir bag of shredded money. 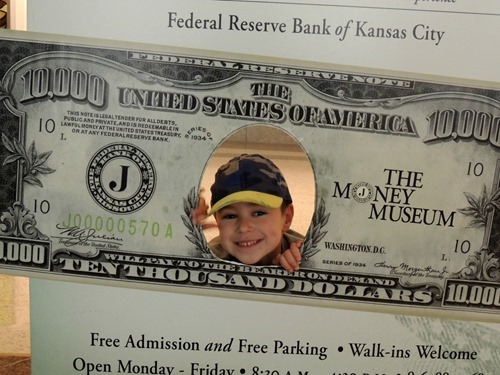 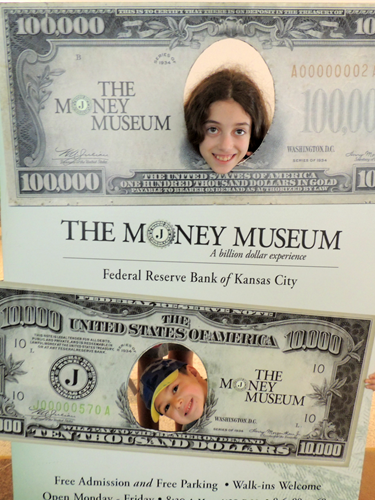 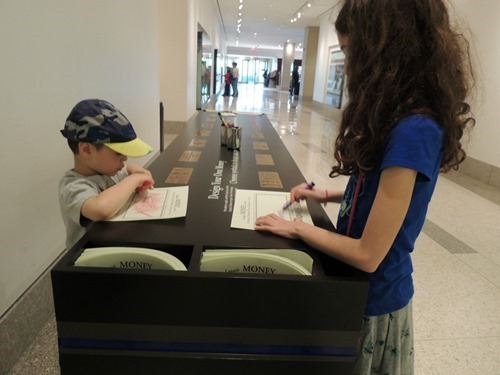 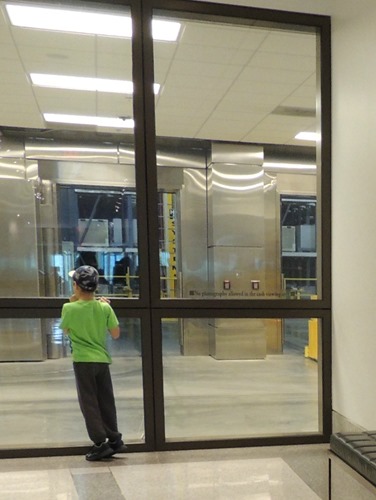 The part of the museum which entertained the kids the most was watching through the window above. No photos were allowed, but we were able to watch robot machines called Huey, Dewey, and Louie picking up piles of money and bringing them to the employees who were sorting and counting the piles. It was pretty interesting!

They also designed their own money, but I only have Simon’s because Gabbie and Zachary didn’t email theirs to me!

After that, we went to City Hall, where I had heard there is an observation deck over the city. Here’s a hint I did not know – you need to first go down a level to sign in with security, then you will go up to the 28th floor and climb two floors to the observation deck. What you shouldn’t do is take the elevator straight up to the 29th floor, because all that is there is the Mayor’s offices! While we were signing in, the Mayor actually walked by us and said “Hello children!” but because I was not sure it was him, we didn’t greet him or take pictures with him! 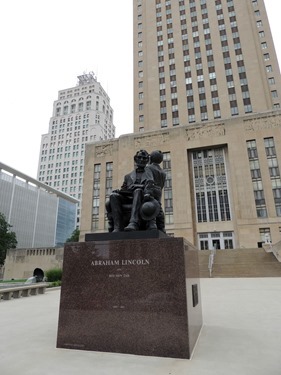 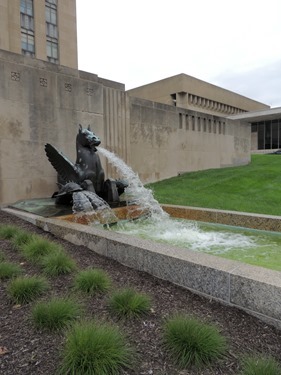 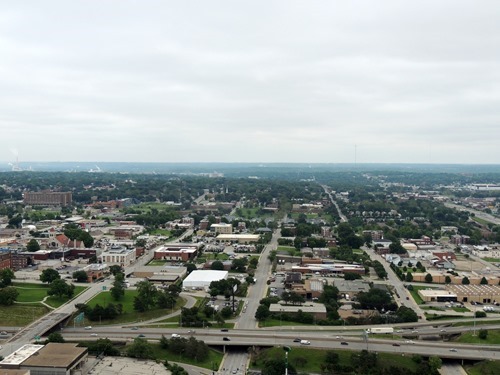 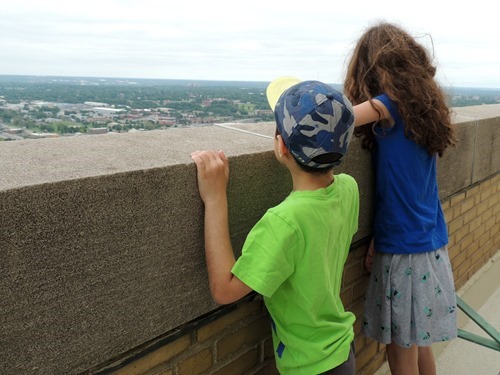 Checking out the view! 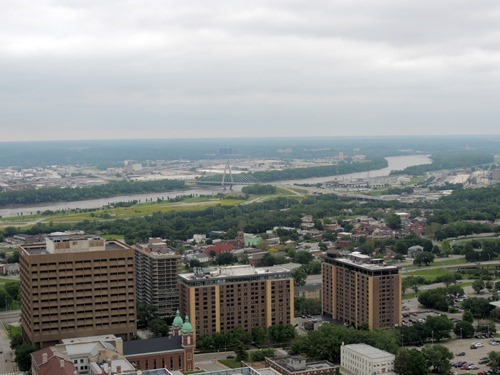 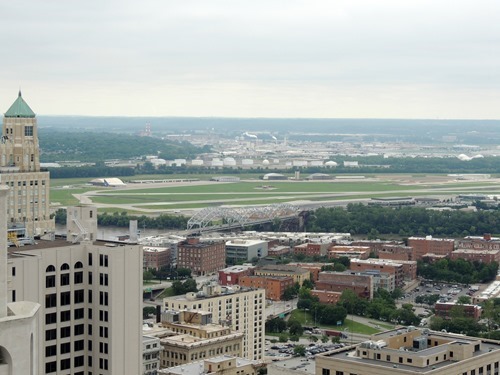 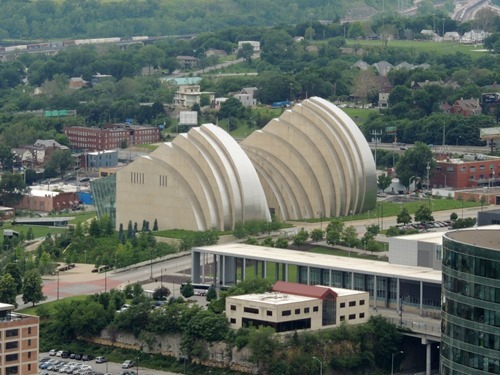 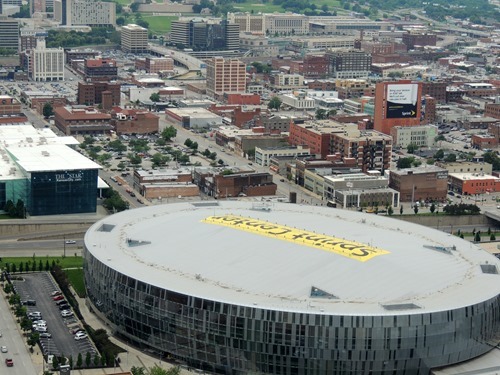 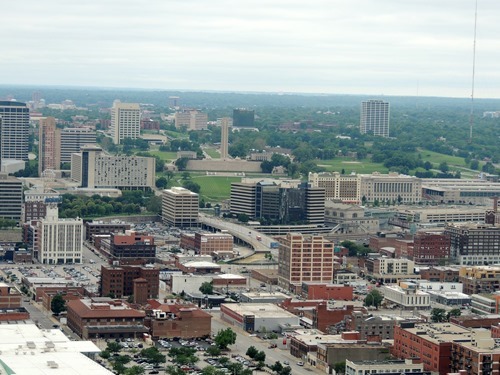 The World War I Memorial. 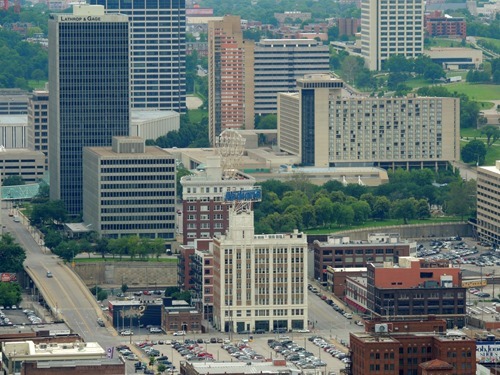 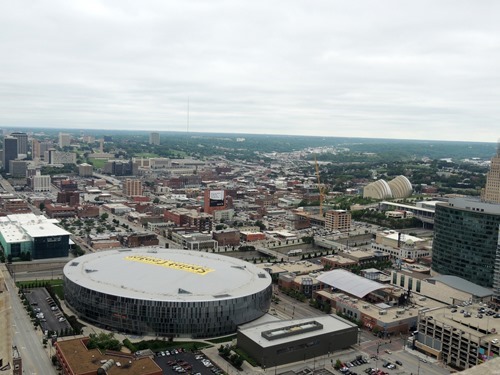 So there you have it – two totally free things to do in Kansas City!