On Sunday, we attended Zachary’s Cub Scout Pinewood Derby. This year, Gabbie and Simon made and raced cars as well. You saw Simon decorating his car in my post last week. Here is Gabbie’s car (the paint palette) and Simon’s next to hers: 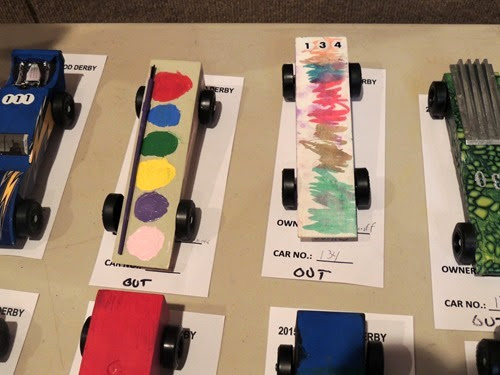 This is Zachary’s car (in the middle). Isn’t the pencil car cool? 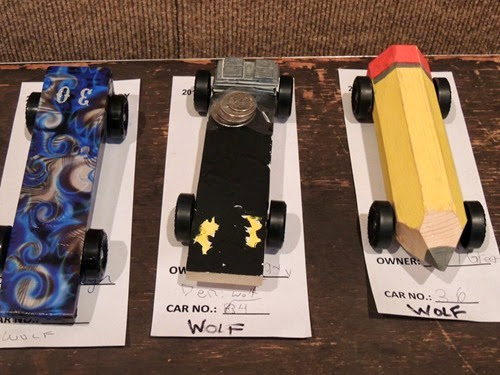 Here are some pictures from race day: 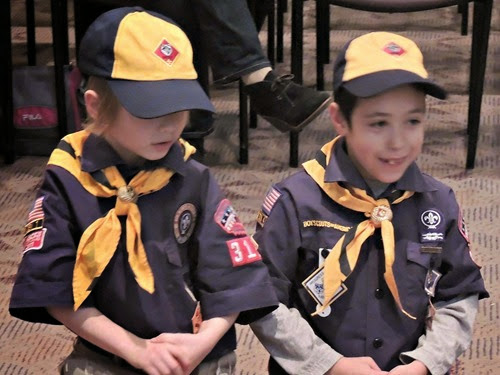 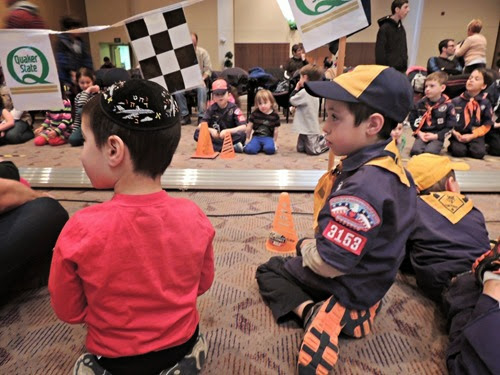 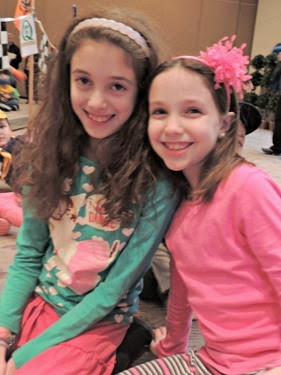 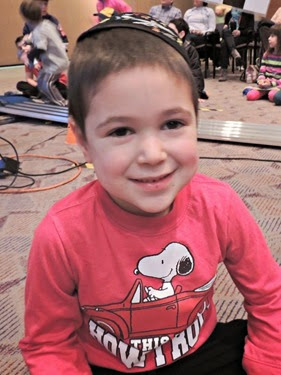 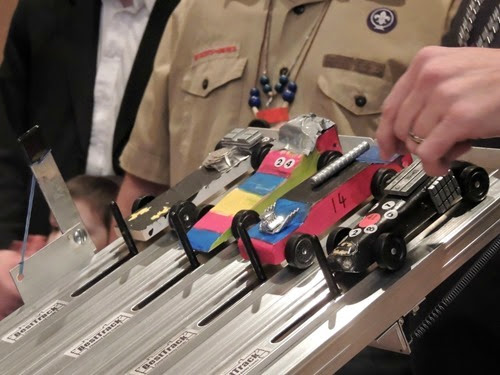 Zachary’s car did well this year, placing in 1st for I think 2 of his races. He made it into the finals. He was very cute – in each race which included friends of his, he would cheer for his friend. If it had more than one friend against the other, he would ask who to cheer for and then cheer for both. When he was in a race that included a friend of his, I asked him who I should cheer for and he told me to cheer for them both! 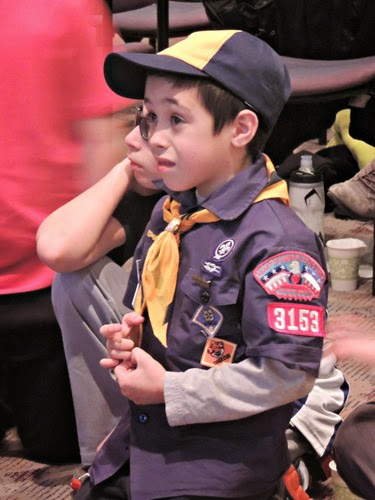 Zachary didn’t win a medal, but we had a good time cheering for him and he seemed to have fun racing!