Gabbie is getting to the age where little girls pair off and choose “best friends.” Gabbie will tell you that she has 4-5 best friends, never choosing one as preferred over another. However two sets of her best friends already have best friend necklaces with each other. 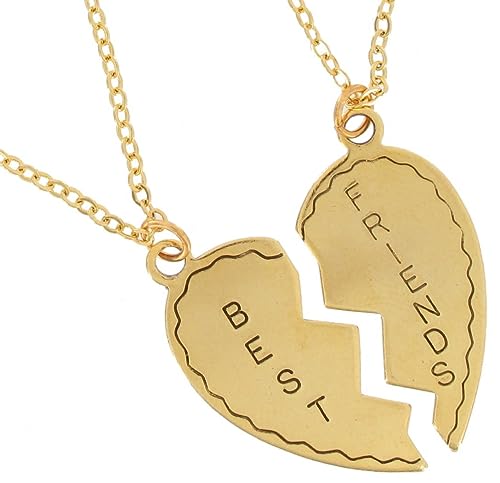 Seeing the girls wearing the necklaces brings me back to my own childhood. I never had a best friend to call my own. There was never a girl who I was the closest to, who didn’t have another friend they were closer to than me. For some reason, I had one of these necklaces. I guess I so desperately wanted a best friend, I decided to buy one and find someone to wear the other half. I gave it to the girl I played with the most. She lived nearby and I could walk to her house and we would play with our Barbies or listen to music and talk. We probably were best friends really, but when she wore the necklace and the other kids found out I was her best friend, they teased her for it and she gave the necklace back to me.

You see, I was the loser in my class in 5th-6th grade. I was the one that everyone made fun of. I was given nicknames by the other girls, so they could talk about me in code. They were so smart about it. They told me that the nicknames referred to another girl, so that when they used the names I would think they were talking about her. But when that girl told me the names really referred to me, it all became clear. I was Big Bird and I was the Nervous System and I completely understood why my friend would not want to risk her own status by being best friends with me.

I grew up in a small town. My elementary school was one of three that fed into a junior high school, and then we all went to high school together. It was not easy to drop the loser status because the same kids were always there to remind those who did not know. Anyone new in our school was warned off from being my friend. There was one girl in particular who made that her duty from 7th grade on. And while I did make friends and I did stay friends with the original recipient of half of my necklace, I still never found a best friend.

These experiences made it very hard for me to keep friends as I got older. I went to a very large university for college, which made it easier to find the right group of friends to fit in with. However, before that happened, I repeatedly became close with girls and soon grew too clingy, causing them to change their minds about being my friend at all. In college you don’t give each other best friend necklaces, but you do have to pair off in order to find a roommate. Once again I found myself the odd girl out, without a best friend who wanted to live with me. I wasn’t surprised by this, I was the Nervous System after all. (This led to one of the best things that happened to me during college – I scored a single room my sophomore year! It was awesome. The following year I found a roommate by posting a want ad and we are still friends now, so that worked out too.) Finally, by senior year, I had found the girl who would soon become the maid of honor in my wedding, the closest I’ve ever had to a true best friend. We lived together that year and I’d do it again so that’s saying something!

As an adult, I’ve become friends with the parents’ of my kids’ friends and in many cases it has worked out wonderfully for me as well. It is great to have women to talk to, who I can count on, who love my kids and whose kids I love. And while I know they consider me a close friend as well, there is still part of me that worries that they find me annoying or will get tired of hanging out with me. And that if I say the wrong thing they might laugh at me and tell all our mutual friends not to be my friend anymore. Realistic? No. But still in my head. 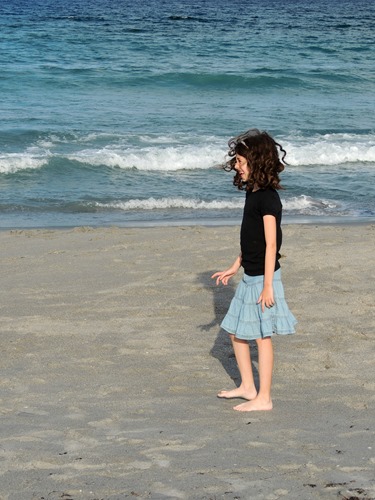 And I hope Gabbie will not have the same experiences, will not feel left out when her close friends pair off into “bests” and will continue to feel close to a group. Or that she will find her one true best friend who will always be there for her and who will protect her from the bullies.