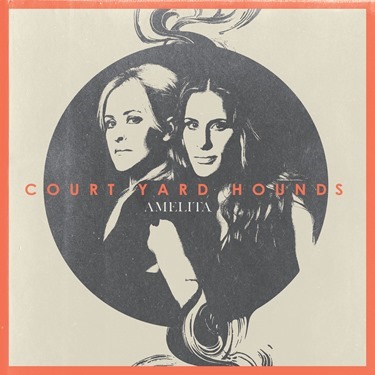 Do the names Emily Robison and Martie Maguire sound familiar to you? They do to me, because they made up 2/3 of the band The Dixie Chicks, whose music I have enjoyed for many years. I was thrilled to get a chance to review the new album from the girls’ band, Court Yard Hounds. Amelita, out now, is the Court Yard Hounds’ second album. Containing 11 new tracks, Robison and Maguire took a different approach with Amelita than their debut album in 2010. This album contains a new perspective, which is due in part to time passed since Robison’s divorce. “I’ve been freed of all of those time-heals-everything kind of things,” says Robison. “Now, I’ve opened up to other ideas and ways of looking at life and the world. I think it’s not only a more hopeful album, but it’s more… well fun.” 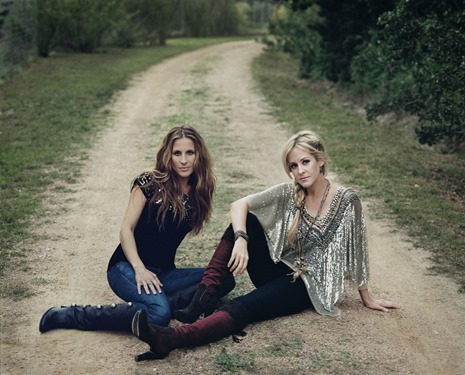 “I love this band…the way we explore new aspects of ourselves and what we can expect from each other, both musically and as people,” says Martie. “We are close. Plus, being on the road and being in the studio is like my spa from the everyday challenges of just being a mom.”

The Court Yard Hounds’ new album is a clear statement of who the girls are as artists, defining their sound as a band, with soaring songs that are personal, yet familiar and widely relatable. I have been listening to the CD as I write this review and I find the music soothing yet upbeat. I really like the song “The World Smiles.” The lyric “If I believe in the good stuff and open my eyes, the world smiles” is inspiring! Like the Dixie Chicks, the music is a mix of country, folk, and pop, so it has country style but isn’t too twangy, if you know what I mean.

Court Yard Hounds was named after the novel within David Benioff’s novel City of Thieves, a book I read and enjoyed. Amelita can be purchased on Amazon or iTunes. You can also find CYH on Twitter, CYH on Facebook, Emily Robison on Twitter and Martie McGuire on Twitter.

I participated in this campaign for One2One Network. I received a free copy of the CD to facilitate my review. By posting, I am eligible for incentives. All opinions stated are my own.