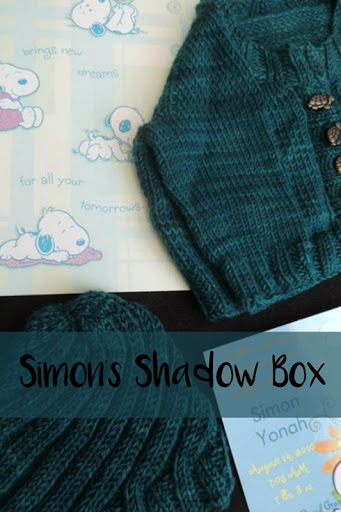 Awhile ago, like months and months ago, I bought a shadow box with the intention of using it for Simon’s coming home outfit and other things from his birth. I finally put it together this week. (Thanks to Breanna for mentioning wanting to make a shadow box for the extra push I needed to do this!)

First, this is the outfit that Simon wore home from the hospital. I knit it while I was pregnant and I did not know if I have having a boy or a girl. I thought it was gender neutral enough! 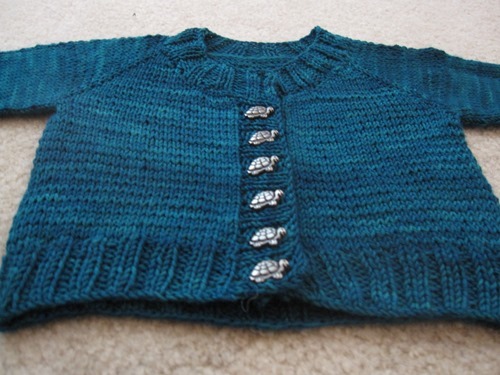 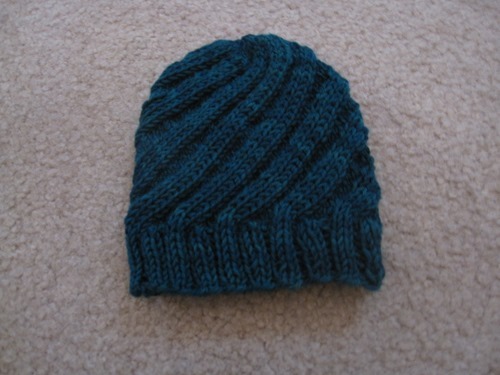 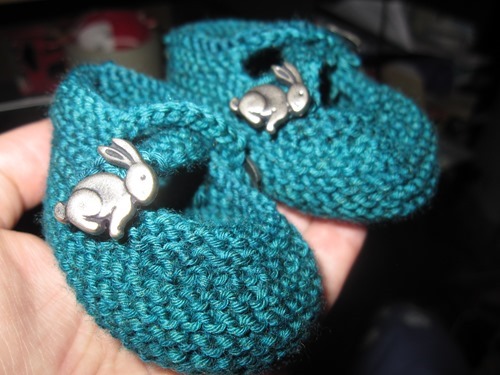 Here he is wearing the outfit. Yes it was August but he was inside and in the air conditioned car! 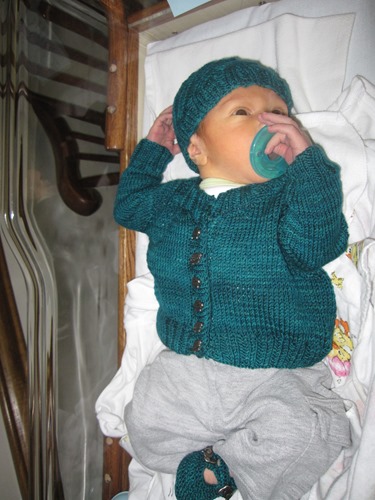 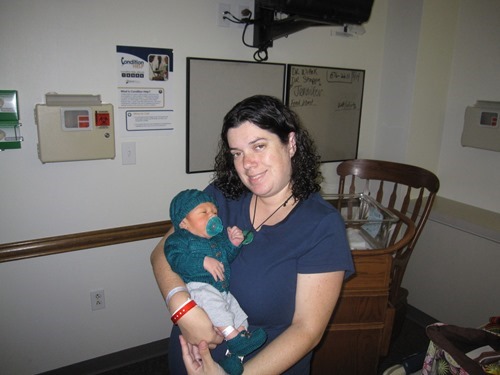 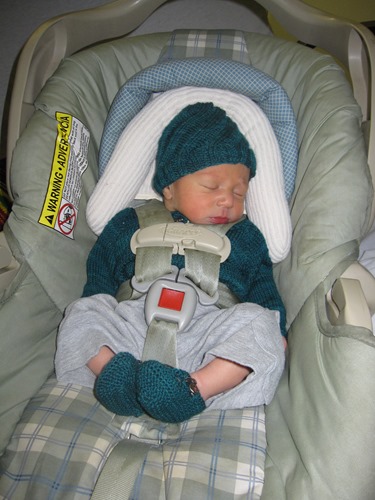 So I used the outfit as well as his birth announcement, the card that was in his bassinet at the hospital, and two of the cards we’d received when he was born. I couldn’t find his little bracelet, although I did find the one from when he went to urgent care at age 8 months for difficulty breathing! I arranged everything on the felt back of the shadow box and then used pins to attach the knitted items and velcro (that came with the frame) for the papers. I also included the letters of his name. 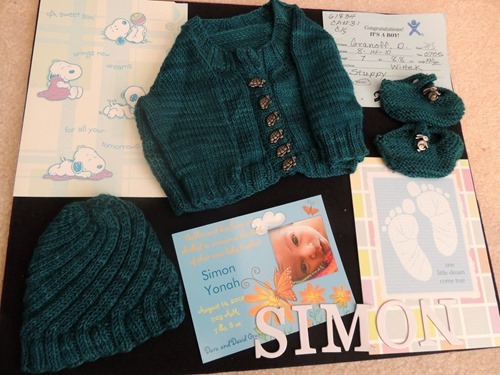 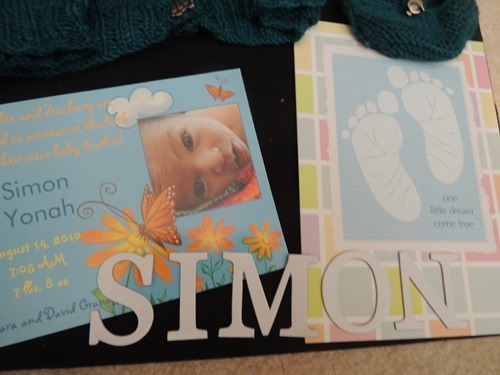 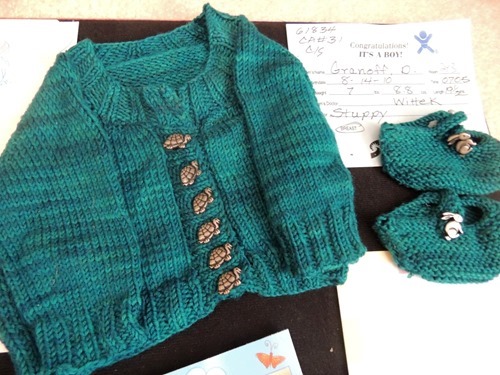 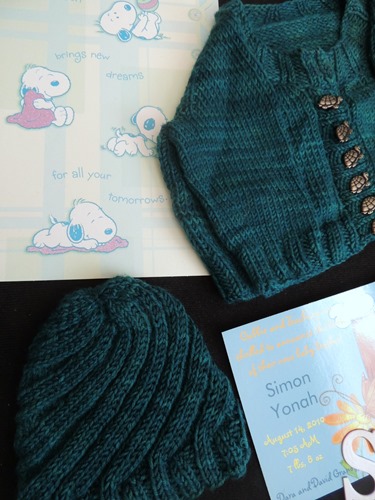 Best part? I even got it hung in his room! There was already at nail in the wall above his bookshelf so I hung it right there. It was hard to get a picture of the frame without a reflection, but this is the finished product: 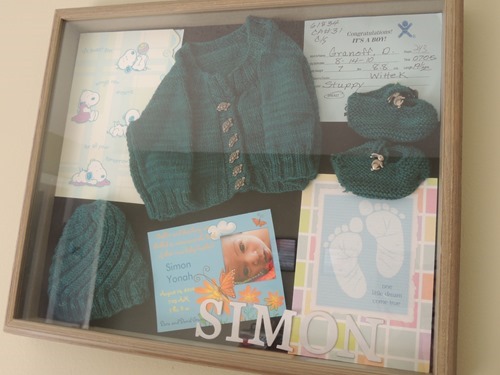 I am very pleased with how it turned out! Has anyone else made a project like this? It was so easy, I recommend doing it!