On the holiday of Purim, we give gifts of food called Mishloach Manot  to at least one friend. We actually made and sent 36 bags this year. 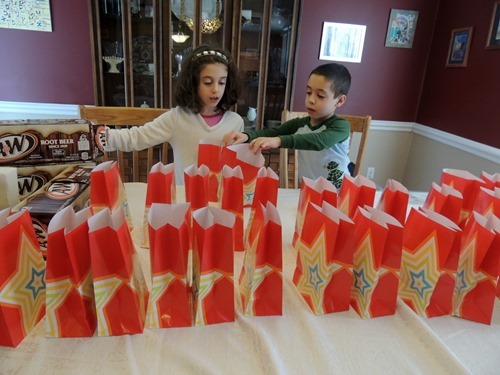 Using the idea found here, I edited and printed these gift tags: 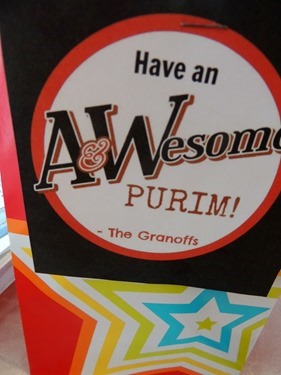 Inside, we put a straw, a root beer, lollipops, a home baked blondie (not shown), and a Dixie cup of ice cream (not shown). 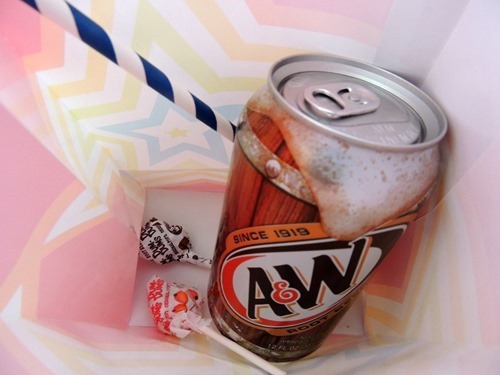 I think they turned out cute! 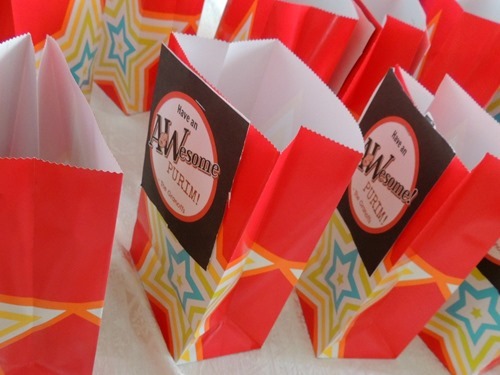 We wear costumes on Purim as well. You can read all about our past years right over here! Originally this year, we wanted to do a Jake and the Neverland Pirates theme, but of course Zachary refused to wear the hat we bought him and insisted on being a policeman, just like last year! Gabbie is a fairy. And we put a dress on Simon so he could be a girl! Simon was striking a little pose. He told everyone he’s a princess. 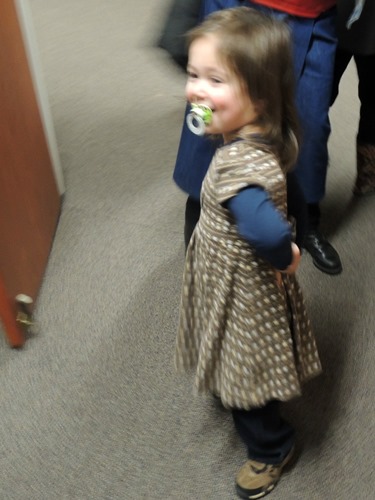 Zachary doesn’t stop moving very often, so this is blurry! 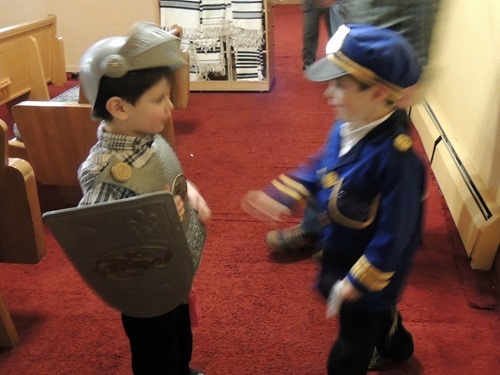 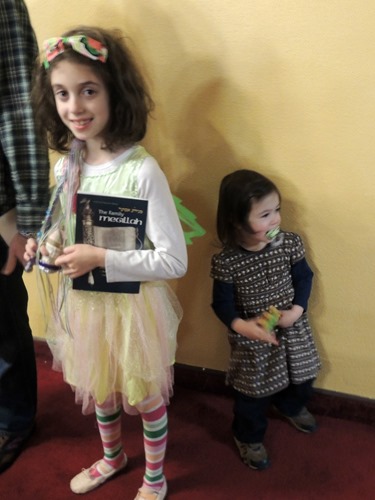 Another thing we do on Purim is listen to the story of Queen Esther saving the Jews from Haman. Simon actually sat through the whole thing last night and I didn’t have to go to a separate reading! 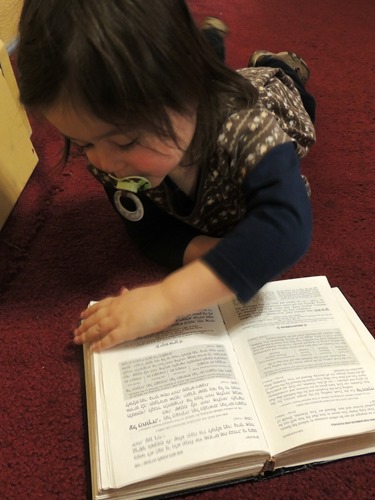 Zachary participated up front with his friend. Everyone boos and makes noise when Haman’s name is said, so there is a big stop sign telling everyone to quiet down after each time. With his police costume it looks very appropriate! 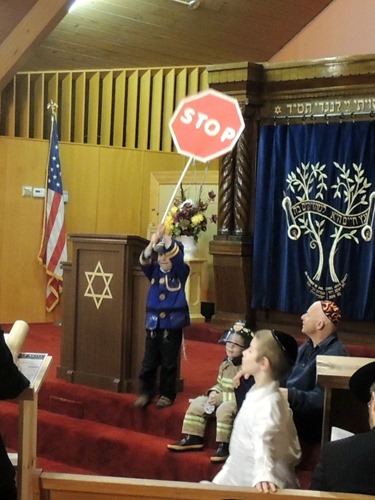 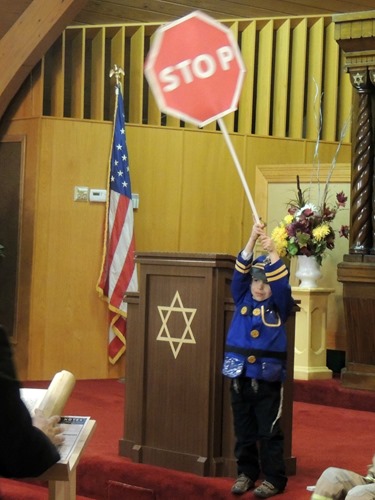 Here is Zachary inspecting some of the gifts we got today. We are a bit overwhelmed with snacks! 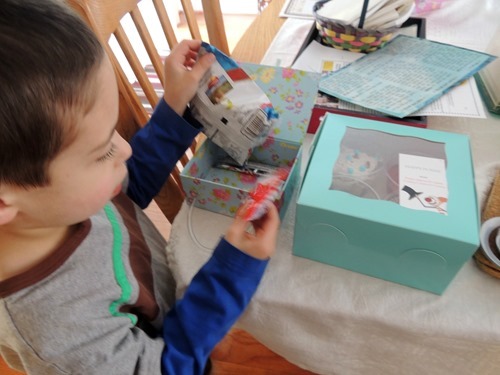 These are some cute themed Mishloach Manot: 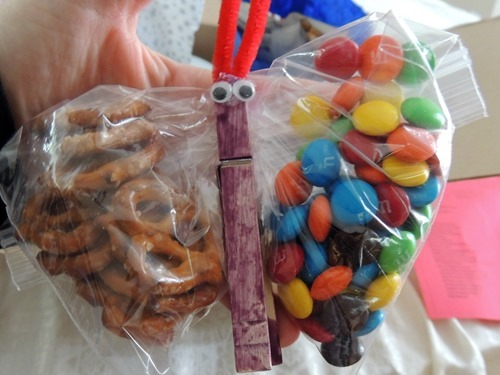 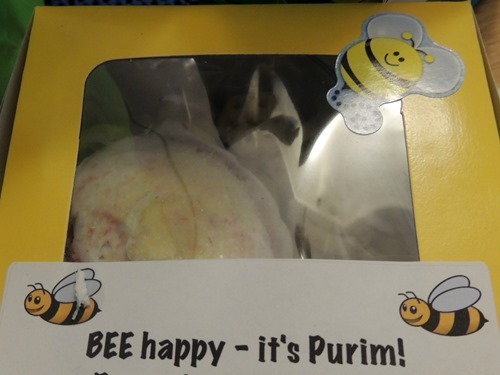 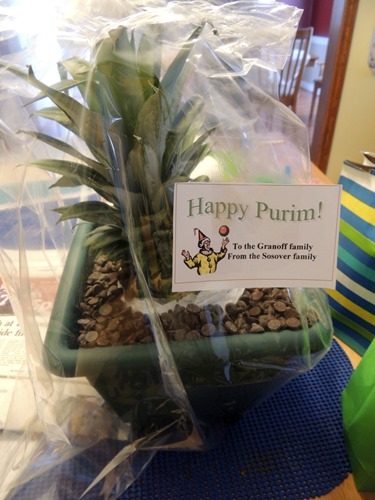 That’s not a plant, it’s a pineapple and chocolate chips!

Next up will be our big meal (the 4 things we have to do are deliver the gifts, hear the story, give charity, and eat a big meal) so we are looking forward to that!