I usually tend to shy away from historical fiction, and although there have been those books about other time periods that I’ve read and enjoyed, most of the historical fiction I read is about World War II and the Holocaust. Skeletons at the Feast is about something I had not heard of before – the Germans who had to flee their homes to escape the approaching Russian troops. “In January 1945, in the waning months of World War II, a small group of people begin the longest journey of their lives: an attempt to cross the remnants of the Third Reich, from Warsaw to the Rhine if necessary, to reach the British and American lines. Among the group is eighteen-year-old Anna Emmerich, the daughter of Prussian aristocrats. There is her lover, Callum Finella, a twenty-year-old Scottish prisoner of war who was brought from the stalag to her family’s farm as forced labor. And there is a twenty-six-year-old Wehrmacht corporal, who the pair know as Manfred–who is, in reality, Uri Singer, a Jew from Germany who managed to escape a train bound for Auschwitz.” There is also the parallel story of women from a work camp who also travel across Germany, marched from camp to camp or to their deaths. These two groups eventually collide with one another, bringing the drama of the story to a shocking conclusion. Chris Bohjalian is a great author whose books I enjoy. This one did take time to get into, but it was worth it after the story picked up. And as a book about the horrors of the Holocaust, it got them across very well. I found myself wondering (not for the first time) if I would have been like one of the strong ones in the story who survived, and I think the answer would be no.

This week I’m also linking up with the Literary Junkies.

1. What are you currently reading? Tell us about it.

The Death Cure – the 3rd in the Maze Runner series by James Dashner – I just started it and can’t wait to read it.

2. If you could choose any author in the world to write a story based on your life, who would you choose to be the author? Why?

I’d have to go with Jodi Picoult, just because she’s my favorite. I don’t know that my life is quite exciting enough to be one of her books, but if she wasn’t the writer of the story, it would have to be me!

3. Tell us about your favorite place to read.

4. What books would you buy for lovers of: 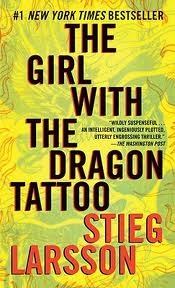 What have you been reading?