Snow days are kind of my worst nightmare. Everyone is stuck home, as apparently it’s not safe to drive, so the kids get stir crazy pretty fast. This morning my kids went outside to play at approximately 8:15 AM. They were back by 8:30 and asking for a snack. Last winter I made a snow day board on pinterest and never had to use it because it never snowed. Today I put the board to use. 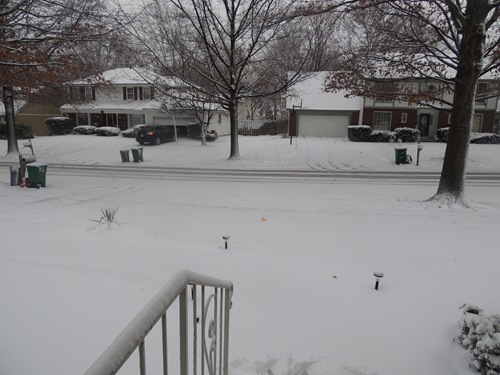 First activity – Snow in the house. Apparently I liked this idea because I pinned it 3 separate times. (click the pictures for sources).

I still don’t have a large box to use as a sensory bin (I think the best kind are the under the bed sized boxes) but I did have empty shoe box sized containers. This way I was able to make 3 boxes – one for each kid. I think I’ll do more sensory bins like this! The kids broke out their small toys and created a snow day party for them in their boxes. Success! 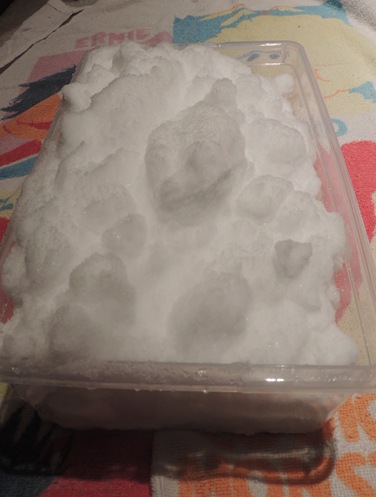 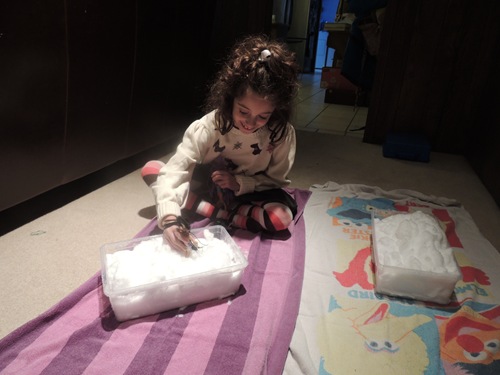 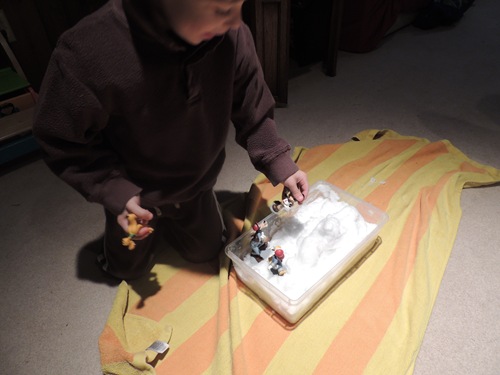 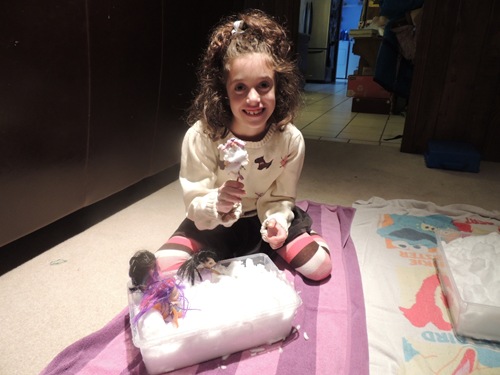 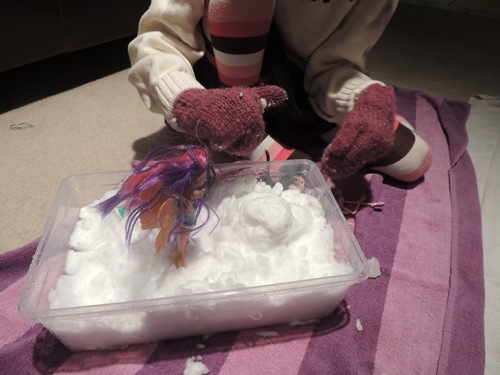 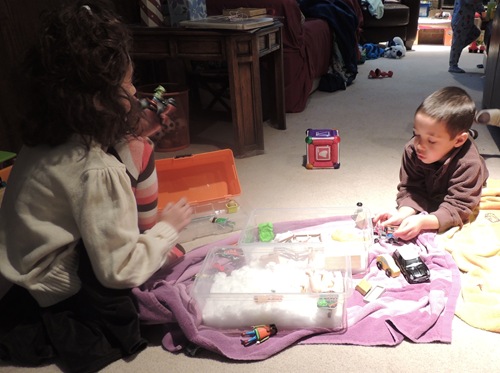 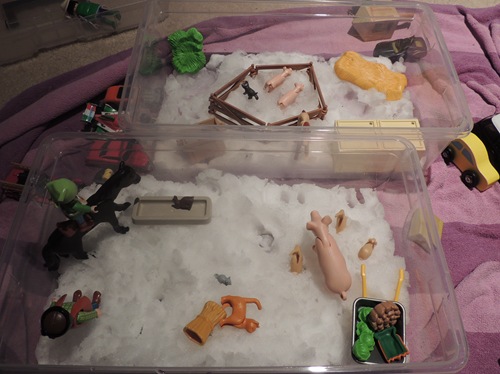 Next we did craft projects. Here are the sources for the ones we did:

Zachary didn’t much want to make crafts, but here are Gabbie’s: 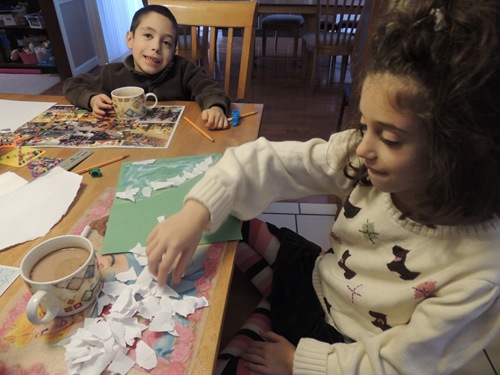 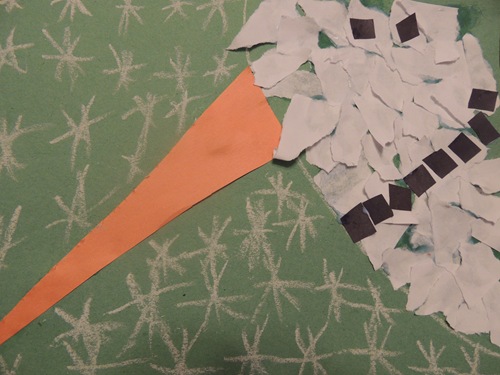 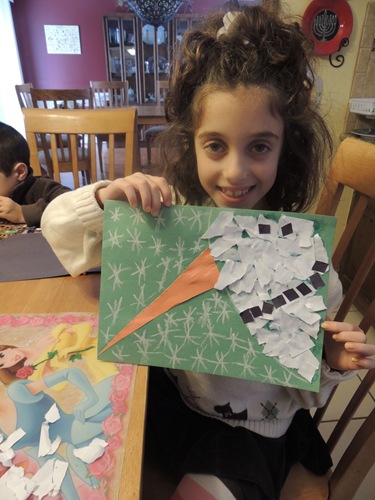 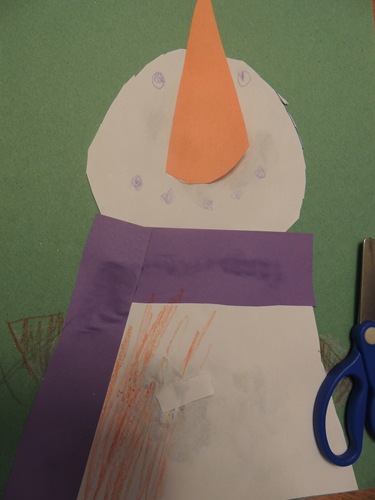 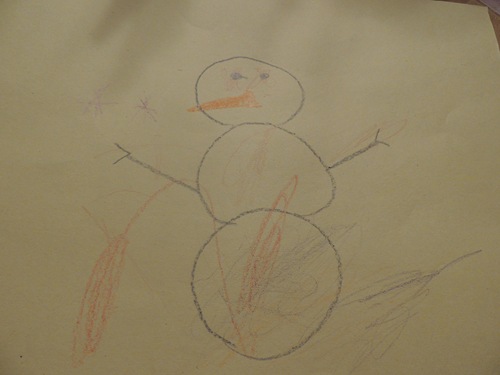 Simon colored this in when I drew it. 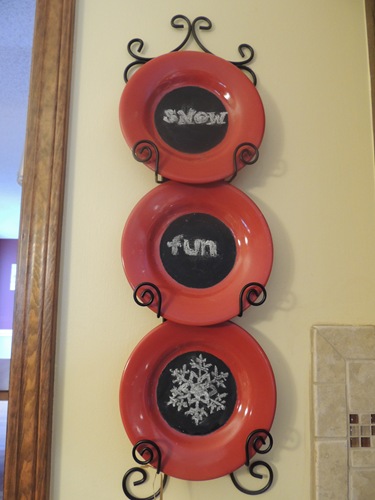 And I did chalk art on my chalk plates!

Then we went to our friends’ house. Our other friends came too. 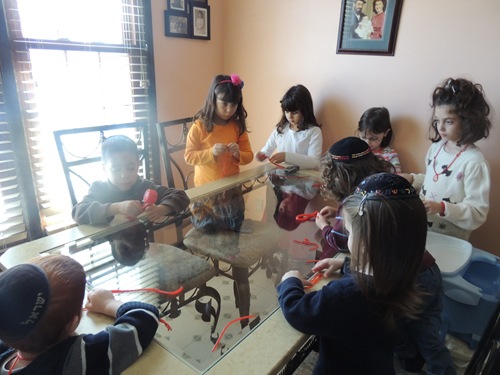 Now for the next snow day we’ll have to find more activities!

Did you have snow today too?