In honor of my friends and family in NJ dealing with Hurricane Sandy, today’s Flashback Feature is Hurricane Floyd. Floyd was actually a tropical storm when it hit New Brunswick, NJ in September of 1999, when I was a college senior. We had classes canceled the day of the storm and the day after, because all the roads leading on and off campus were flooded. Dave and I took a walk on the highway and I took these pictures! 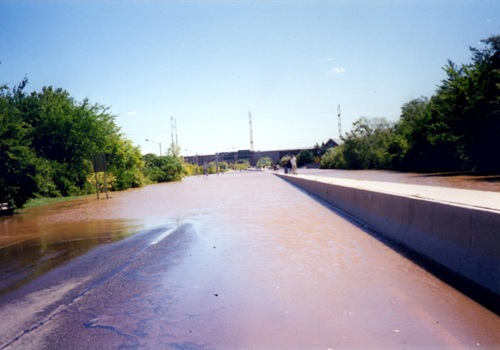 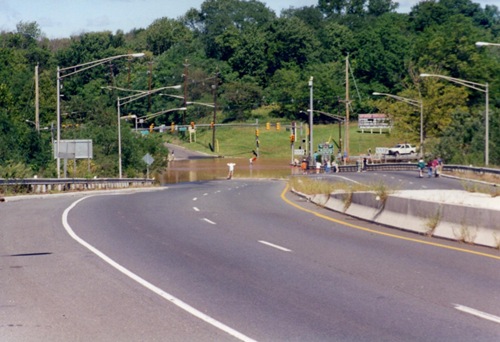 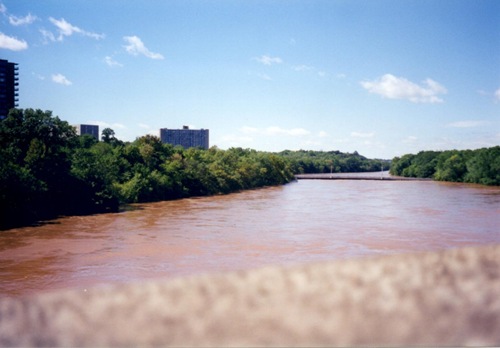 That line across the water is the lower bridge, I am standing on the higher bridge. 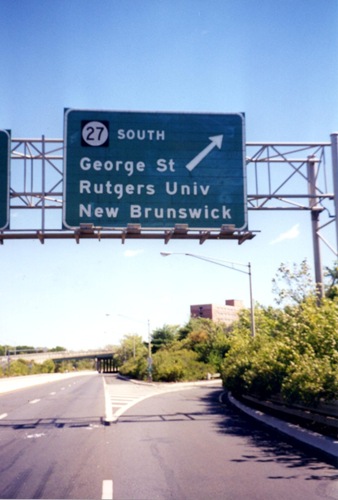 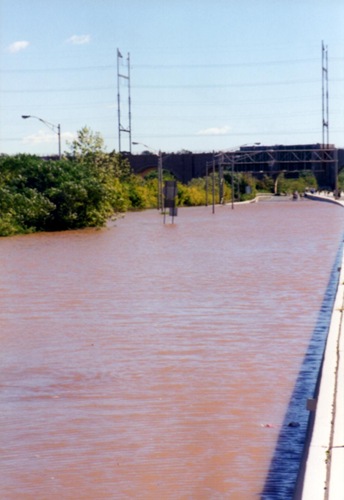 Floyd was a lot less damaging overall compared to Irene, which hit last year in August. I was not in NJ anymore to experience that storm, but I saw pictures online of the town I lived in and our favorite park totally under water. Sandy is expected to be even worse than Irene, from what I’m hearing. I am so thankful we don’t live in NJ right now! My parents are still in Atlanta as they drove down and my brother thinks they’d be better off not returning yet. If they had flown, their flight back surely would have been cancelled! I do have many friends and my in-laws in NJ who are in my thoughts as they deal with the storm. I hope for their sakes it is less severe than expected.