Marry the love of your life or set free the man who killed his son?

Hard choice, right? Well, apparently, for Olivia, it is. In this episode, she did everything she could to avoid having to marry Fitz, including turning him down to his face, sending his ring back with her friend, and making a deal with the devil. After 5 good episodes, there was bound to be one to make me sad and angry, and this one did just that.

The episode began with the Senate committee questioning Mellie as to whether she knew about Fitz and Olivia. Not only did she know about it, but she encouraged it, and even paid off Janine Locke to claim that she was the one having an affair with Fitz to keep him from telling the truth about Olivia in Season 3. That information makes Mellie look bad, but everyone realizes that putting Olivia on the stand will make things much, much worse for everyone involved.

In order to avoid testifying, two options are presented. One: Olivia and Fitz can get married. Two: Olivia can arrange to get her father out of jail so that he can blackmail the committee with all the bad things they have personally done. Apparently, although her father is a murderer of the worst kind and even though she worked so hard to put him in jail in the first place, letting him out is a better option to Olivia than being trapped by Fitz forever. Does she even love him like she claims? Why did she bother to admit to the world that she is in love with him when all she does is betray him? The writers did an awful disservice to their main character in this episode – she is no longer likeable or even relatable in this episode. 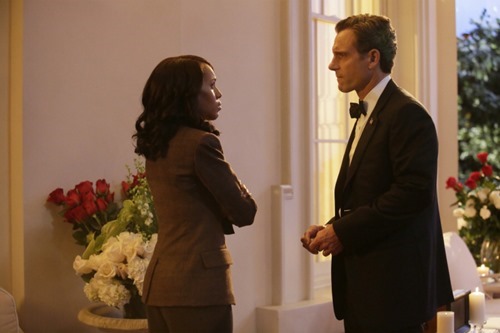 Have I mentioned that Olivia doesn’t tell Fitz about her plan to get her father out of jail? She does everything behind his back, conspiring with Mellie, who hates Fitz as much as she claims to to love him, and tells him yet again how he ruined her life and how everything that’s happened has been his fault. I don’t see how Fitz will ever get over Olivia doing this to him, and if she doesn’t tell him, how will she be in a relationship with him with that secret between them? 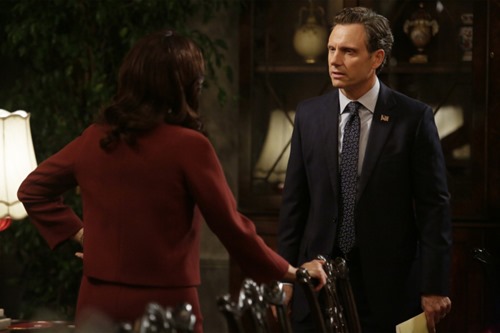 Viewers are tired of the back and forth between Fitz and Olivia and this season was supposed to be the end of that. They were supposed to be together. But putting them “together” and having Olivia act like she doesn’t care about him at all and making us question why Fitz even still wants her? That’s not enjoyable for me.

If you watched this episode, what did you think?