I watched this episode last night and as time ticked down towards my morning posting time, I had to come up with something to say about it. I imagine as this is only episode 3 in the new season, Scandal must be building up to some big moments to come – maybe even next week! So this episode was kind of slow for me. Here’s what I got out of it:

Fitz is sad he isn’t a soccer dad in Vermont. That’s right, he still wants that Vermont life. Yeah.

Abby finally told Fitz loud and clear that her name is not Gabby, it’s Abby. And then Fitz asked her how Olivia’s doing.

Olivia reminded Jake that he doesn’t have a job, fake or otherwise.

Quinn pointed out that Huck and Olivia really should have noticed that she wasn’t around for 24 hours. Seriously!! 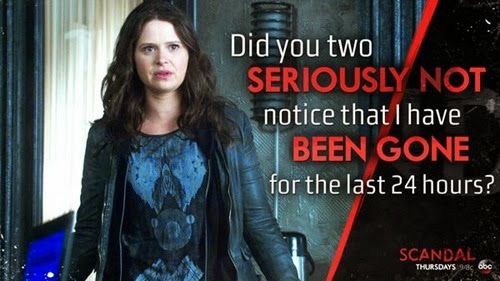 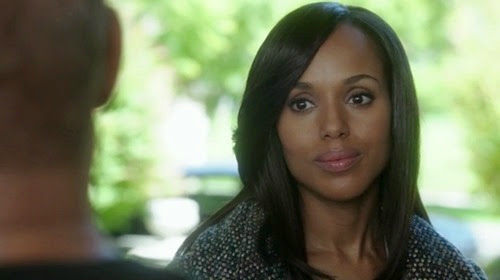 Olivia and Abby are in a fight. Abby was really one of the only friends Olivia had, and especially now that Harrison is gone, Olivia really should have let Abby in, but she didn’t. So now, Abby’s becoming friends with Fitz. And you know how soap opera writers work – soon Abby will be stealing Fitz away from Olivia. Mark my words.

Jake called Quinn to come help him deal with Charlie, leaving them together in a bunker of some sort. This seems to have led to Jake finally remembering that Tom is working for B613 and figuring out that Tom was involved in Jerry’s death.

Olivia convinced Jake to come to dinner with her father. Talk about awkward. Jake confronted Papa Pope on the fact that he killed Jerry, and Papa Pope came back with a threat to kill Jake. I’m hoping this story line resolves soon! 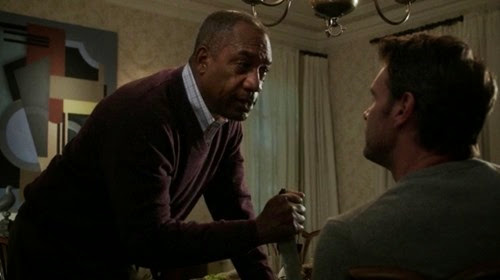 David Rosen is using the B613 files to blackmail various high ranking people to do what he wants. So he gets this judge to make a ruling on stricter gun control laws and then the judge kills himself. With a gun.

Whatever Jake said to Olivia on the phone. “Call me later if you want me to do that thing to you.” What kind of crass disgustingness is that, hmm?

In the case of the week, Olivia’s friend from law school who is also known as Penny from Lost, is being accused of killing her daughter after it comes out that Penny from Lost was sleeping with her daughter’s 17 year old boyfriend.

The First Lady became obsessed with a news story about a newlywed couple who were out hiking when the husband fell off a cliff. It seemed at first that the wife had pushed him and Mellie set out to prove that she hadn’t. In an awkward meeting of the cabinet, it turns out Mellie was correct, but all of her obsessiveness wasn’t necessary because it was proven the wife did not push the husband before said meeting. 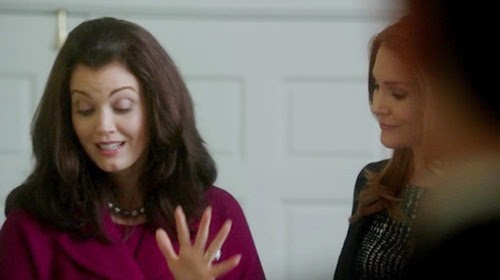 This dude Michael who is working with whoever this Liz lady is to seduce Cyrus means nothing to me! I don’t care about him or Cyrus at all. 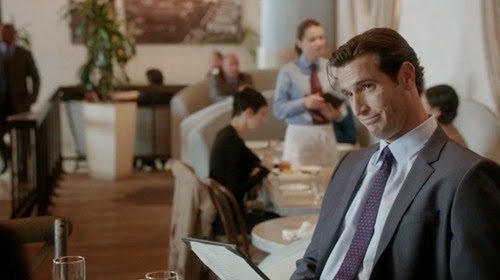 In other ugly news, Scandal is scrambling to film replacement scenes for those in which Stephen Collins was supposed to appear. Stephen Collins, the dad from 7th Heaven, was previously in one episode of Scandal and had already filmed scenes for next week’s episode! His role was dropped when it came out that he is under investigation for child molestation.

Did you watch any good TV this week?