I received free products in order to host a LeapFrog and CLIF Kid sponsored MommyParty. All opinions expressed are my own.

This past weekend marked the global launch of the LeapBand, the new wearable activity tracker for kids. As fans of Leap Frog products, we were excited to try out our new LeapBands! 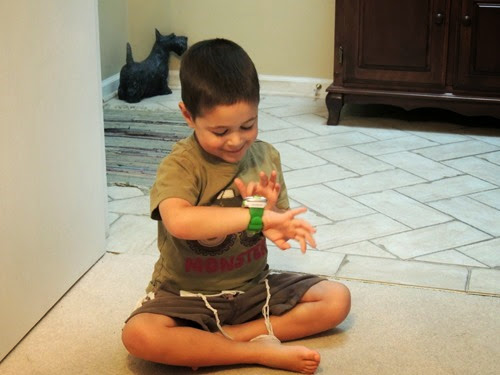 “LeapBand encourages kids to get active with customizable virtual pet pals. LeapBand tracks kids’ every movement and suggests fun active challenges – and the more they move, the more points they earn to unlock virtual rewards for their pets and get to new levels!” 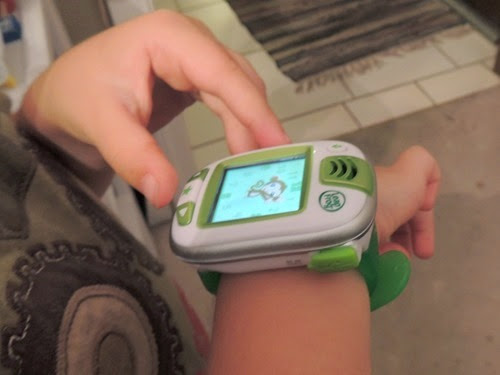 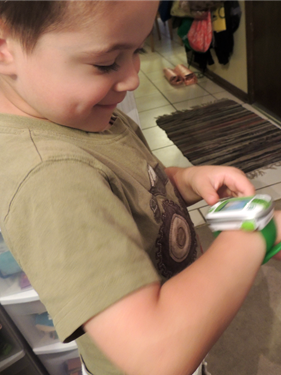 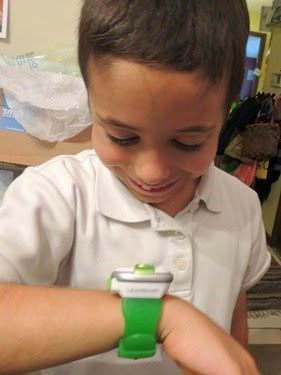 I was not surprised that Simon and Zachary were thrilled by their new watches / activity trackers, but I was surprised that Gabbie wanted in on the fun too! Simon has been sharing his LeapBand with Gabbie as well! 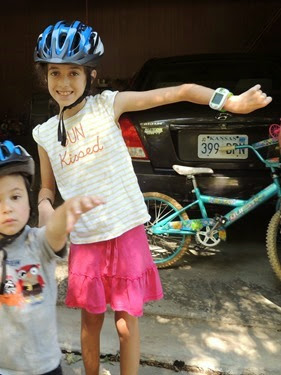 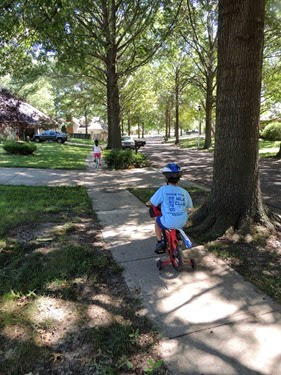 We tested out the LeapBands while riding bikes. We were able to see that points (called jewels) were rewarded after activities were completed. The LeapBands track activity on an energy bar and jewels are rewarded as the bar fills. Kids can do their regular activities, or they can use audio challenges, where they are able to perform actions as described, such as “wiggle like a worm” and “fly like a bird” – that action had Zachary jumping off the table in the living room!

Kids pick a pet, its color and name, and then play with their pet through activities and games. The games teach fun nutrition facts as well.

With the audio of the watch, the time is read to the kids, so even Simon can tell what time it is when he wants to. Parents can set controls so that the watch can not be used during school and sleep times. This has been especially useful for Zachary, who wants to wear his at all times – although he was not so impressed that all of his friends were asking him about his cool new watch! 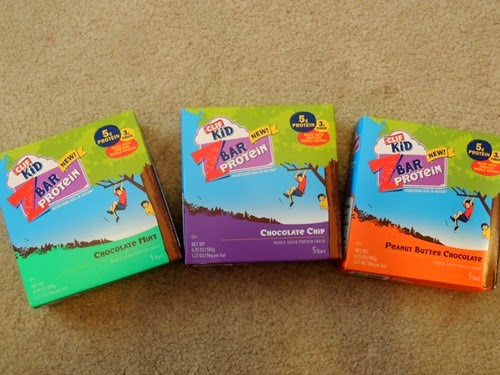 ClifKid also provided us with ClifKid Zbars to try. ClifKid Zbar Protein is an organic baked whole grain snack made with a nutritious blend of carbohydrates, fiber, protein, and fat to maintain kids’ energy so kids can keep zipping and zooming along. ClifKid is introducing 60 Minutes of Motion, “an active and fun way for busy families to incorporate physical activity into their daily routine.” Because the U.S. Department of Health and Human Services recommends that kids have 60 minutes of daily physical activity, 60 Minutes of Motion is a deck of cards that includes 10 Motion Cards which instruct you to perform one minute bursts of motion, 5 Activity Cards that describe sustained 10 minute activities, 5 Adventure Cards which are wild cards with inspiring words and phrases prompting kids to choose their own adventure, 2 Game Cards which describe motion-filled games, and 1 Snack and 1 Hydration Card which give tips on how to nourish yourself before, during, and after outdoor play and activity. These cards will be available for download beginning on September 15 at www.clifkid.com.

With our LeapBands and ClifKid Zbars it is easy to get my kids excited about physical activity!

I received products in exchange for my review. No other compensation was received and all opinions are my own.