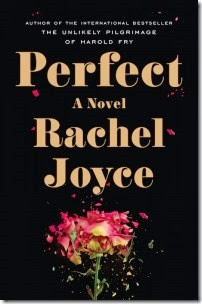 I received this book from TLC Book Tours for my review.

This is the kind of book that makes you say “OH” when you get to the end and realize exactly what has been going on the whole time you were reading. And then you think you should read it again.

“Byron Hemmings wakes to a morning that looks like any other: his school uniform draped over his wooden desk chair, his sister arguing over the breakfast cereal, the click of his mother’s heels as she crosses the kitchen. But when the three of them leave home, driving into a dense summer fog, the morning takes an unmistakable turn. In one terrible moment, something happens, something completely unexpected and at odds with life as Byron understands it. While his mother seems not to have noticed, eleven-year-old Byron understands that from now on nothing can be the same. What happened and who is to blame? Over the days and weeks that follow, Byron’s perfect world is shattered. Unable to trust his parents, he confides in his best friend, James, and together they concoct a plan. . . .”

The writing in this book is in the genre of general, or literary fiction, which I am not entirely used to reading. Thus it took me longer to read than I would have preferred. The book focuses on two different times – 1972 and the present.  I enjoyed the chapters which took place in the present more than those that took place in the past, as the character Jim was really interesting to me. He suffers from OCD and has been in and out of the hospital over the past few years. He currently lives in a van and works at a supermarket. The friends he makes at his job contribute to his current life and I enjoyed their relationships.

The chapters that describe the past focus on two boys – James and Byron – and their friendship. I liked their friendship and how although their moms did not want them to socialize, they still spoke to one another. The friendships between Byron’s mom and the other moms in the book was also interesting, as you begin to understand more about Byron’s mother this way.

My favorite part of the book was towards the end, when I found out what was really happening in Jim’s world and how it relates to the world described in the chapters about the past.

What is your favorite genre of book to read?