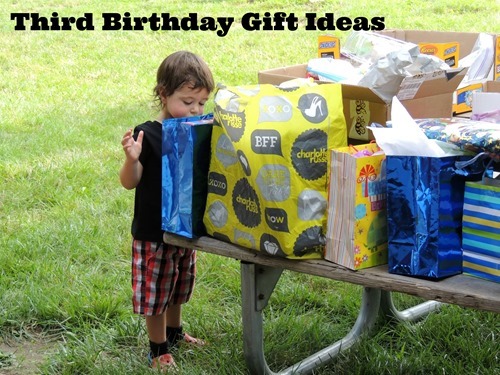 This is Simon’s week on the blog! His birthday on the Hebrew calendar was Saturday, his birthday party was yesterday, and his birthday is on Wednesday. Being the youngest of 3 kids, there really aren’t that many toys that Simon doesn’t already have. That makes it difficult to buy gifts for him. Today I thought I’d share a list of gift ideas for three year olds – gifts that Simon himself received for his birthday! (And a big thank you to all of Simon’s friends for these gift ideas!)

When my kids have birthdays, my mom always asks me what she should send for them. I truly appreciate this because it means she doesn’t have to guess at what they might like and it avoids them receiving something they already have. It does mean that I have to come up with a gift idea! For Simon’s 3rd birthday gift, we decided on the red PlasmaCar. Simon had played with this at his friend’s house and I knew he would like it, plus my other kids ride bikes and Simon can’t keep up on his trike. With this, he is able to push himself along faster. He doesn’t ride it the way he is actually supposed to yet, but he likes it! 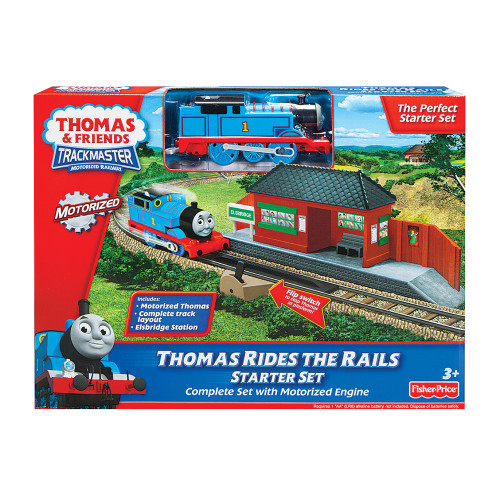 What 3 year old doesn’t love Thomas? Simon was absolutely thrilled to receive Thomas the Train: TrackMaster Thomas’s Busy Day Starter Set. He saw the present in the bag and took it out before he left his birthday party. His older cousin set it up for him and he, his brother, and his cousins all enjoyed playing with it – and they didn’t want to stop! This set includes a motorized Thomas, complete track layout, and a train station. If this was the only gift he received, he probably would have been happy!

The Road Rippers – Rush & Rescue Mini Ambulance was the next present that Simon kept asking to open. He had seen that he had received a “car” and kept asking to open this! So many little boys love playing rescue with ambulances and firetrucks – and Simon also received Matchbox’s Smokey The Fire Truck.  As of now, Simon hasn’t seen this toy but I have a feeling it is going to be a huge hit. According to the description on Amazon, “with his ability to speak, sing, dance, and launch ‘water’ balls, Smokey is a playmate that really interacts with your child during play. This interactive buddy talks, tells jokes, eats, exercises and sings.” Surprisingly enough, I haven’t heard of this line of toys. There is also a garbage truck, a dump truck, and a crane truck of the same style, and they come in mini versions too!

Continuing with the boys love Cars theme, I know Simon is going to love his Hallmark Disney Pixars Cars Crayola Fun Pack. Although not the same one pictured here, it is similar and includes a puzzle, an activity book, crayons, chalk, a frisbee, a water bottle, and more! I know he is going to love coloring and playing with this. Simon also received a Cars Blanket that is so soft and cuddly, he may just want to use it on his bed instead of his Mickey Mouse blanket!

Moving on from the cars and trucks, another gift idea is a unique game. This Shopping for Shabbos Memory Game is an educational game with a Jewish theme, which is perfect for a three year old boy. Along those same lines, Simon received some Jewish religious items such as a kippah (head covering), a tzedaka box (like a bank to put coins for charity), and My Very Own Play Tefillin – a toy set of the leather straps that Jewish men wear for morning prayers from bar mitzvah age. He received this from the directors of his preschool with a note that it is only 10 years till his bar mitzvah and therefore time to start practicing!

Another very cute gift idea is The Fuzzy Puzzle – Simon received the ABC version, but there are various themes available.

Simon also received an adorable set of finger puppets, as well as a set of puppets with interchangeable features which also looks like tons of fun.

Now my main concern is keeping Simon’s gifts away from my older kids, who I’m sure will love them too!