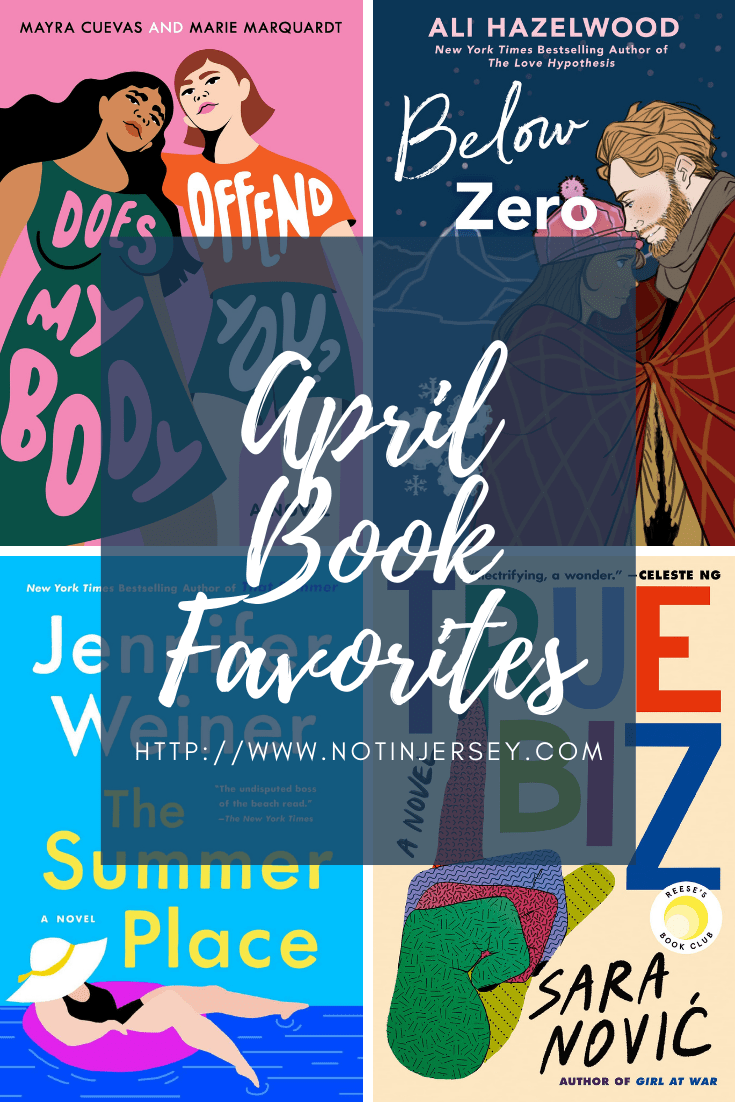 This month, I have read a few 5 star books so far and I’m excited to share them with you here. Since the month isn’t over, there’s a chance I will still read more 5 star books before it ends. You can see the first half of my April reading here and I will share the rest of my April reads next week. The Amazon links to the books I’ve read are affiliate links and if you use them and make a purchase, I may receive a small commission. 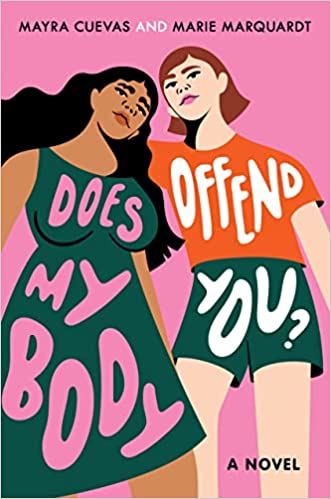 Title: Does My Body Offend You?
Author: Mayra Cuevas and Marie Marquardt
Genre: YA Contemporary
Publisher: Knopf Books For Young Readers, 4/5/22
Source: Publisher
Why I Read It: Sent to me for my review
My Rating: 5 Stars

This was such a good book about gender based dress codes that claim to protect girls from predatory boys by sanctioning what they wear, intersectionality, being an ally and not a savior, and more. ⁣

“Malena Rosario is starting to believe that catastrophes come in threes. First, Hurricane María destroyed her home, taking her unbreakable spirit with it. Second, she and her mother are now stuck in Florida, which is nothing like her beloved Puerto Rico. And third, when she goes to school bra-less after a bad sunburn and is humiliated by the school administration into covering up, she feels like she has no choice but to comply. Ruby McAllister has a reputation as her school’s outspoken feminist rebel. But back in Seattle, she lived under her sister’s shadow. Now her sister is teaching in underprivileged communities, and she’s in a Florida high school, unsure of what to do with her future, or if she’s even capable making a difference in the world. So when Ruby notices the new girl is being forced to cover up her chest, she is not willing to keep quiet about it. Neither Malena nor Ruby expected to be the leaders of the school’s dress code rebellion. But the girls will have to face their own insecurities, biases, and privileges, and the ups and downs in their newfound friendship, if they want to stand up for their ideals and––ultimately––for themselves.”
⁣
Malena is displaced from Puerto Rico due to hurricane Maria and Ruby is new to town as well. Malena gets a sunburn and goes to school without a bra. She is summoned to the office and told to cover up. Ruby overhears Malena crying and tries to help. They become quick friends and the leaders of a dress code rebellion – that doesn’t quite go the way they’d hoped. And they soon come to realize that it’s not what they wear or the shape of their bodies that leaves them vulnerable. Sanctioning clothes and bodies is basically victim blaming and shaming. ⁣I loved both Ruby and Malena as they learned about advocacy, platforming, speaking up, and the fact that behind a person’s actions resides their own stories. They just had to allow others to share and of course, to listen. ⁣ 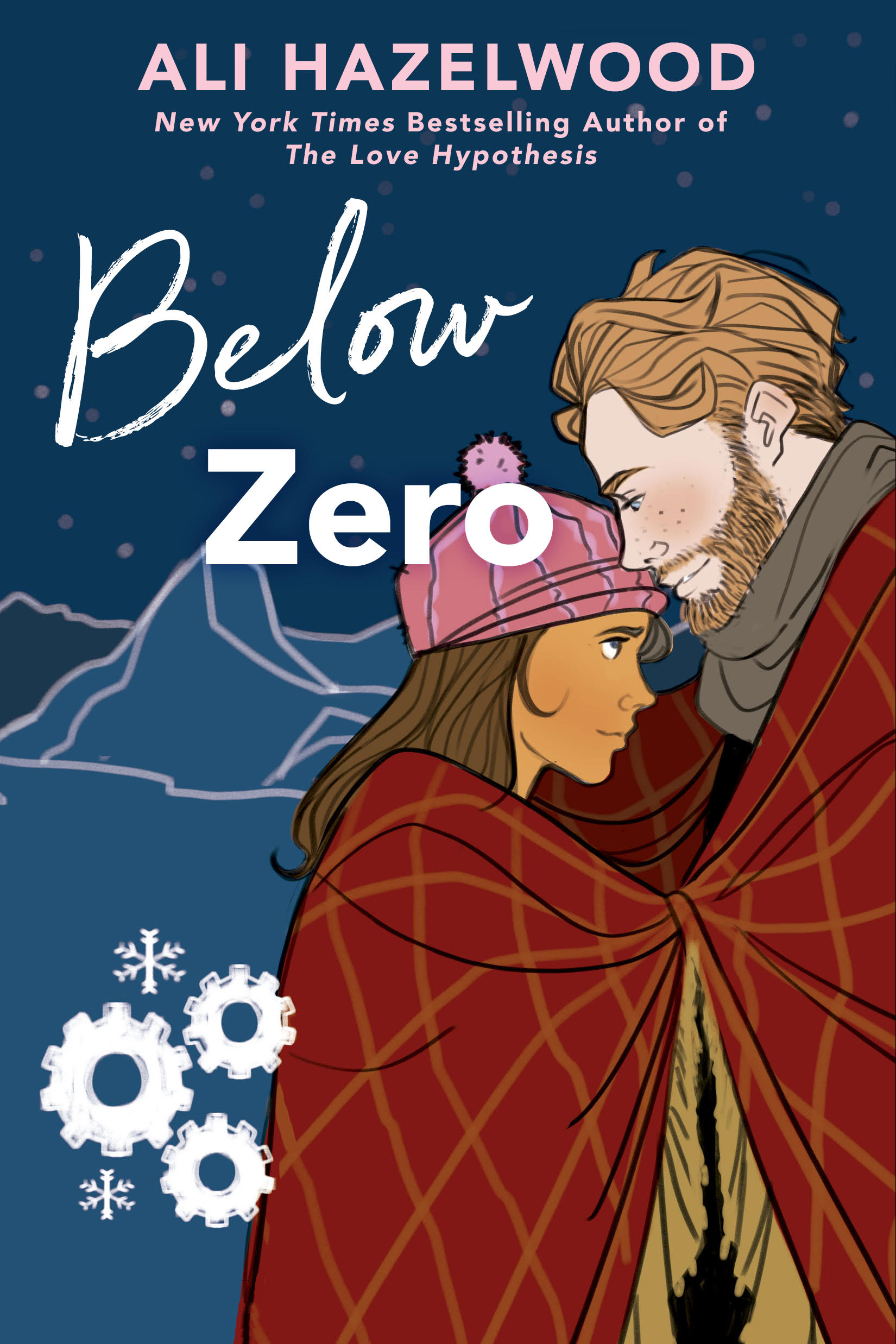 I am a huge fan of Ali Hazelwood’s books and this 3nd in the STEMinist series of novellas was just as great as the other two It is currently only available on audio, but will be in print later this year. This one is about Hannah, a researcher for NASA, who gets stranded in Norway in the freezing cold.

“Mara, Sadie, and Hannah are friends first, scientists always. Though their fields of study might take them to different corners of the world, they can all agree on this universal truth: When it comes to love and science, opposites attract and rivals make you burn….Hannah’s got a bad feeling about this. Not only has the NASA aerospace engineer found herself injured and stranded at a remote Arctic research station – but the one person willing to undertake the hazardous rescue mission is her longtime rival. Ian has been many things to Hannah: the villain who tried to veto her expedition and ruin her career, the man who stars in her most deliciously lurid dreams…but he’s never played the hero. So why is he risking everything to be here? And why does his presence seem just as dangerous to her heart as the coming snowstorm?”

I really liked the flashbacks to Hannah and Ian’s original meeting. I laughed every time Hannah referred to him as Mara’s “cousin or something.” Although it appeared that Ian tried to ruin Hannah’s career, there is obviously more to the story. Ali Hazelwood does a great job developing a full plot in a short book. 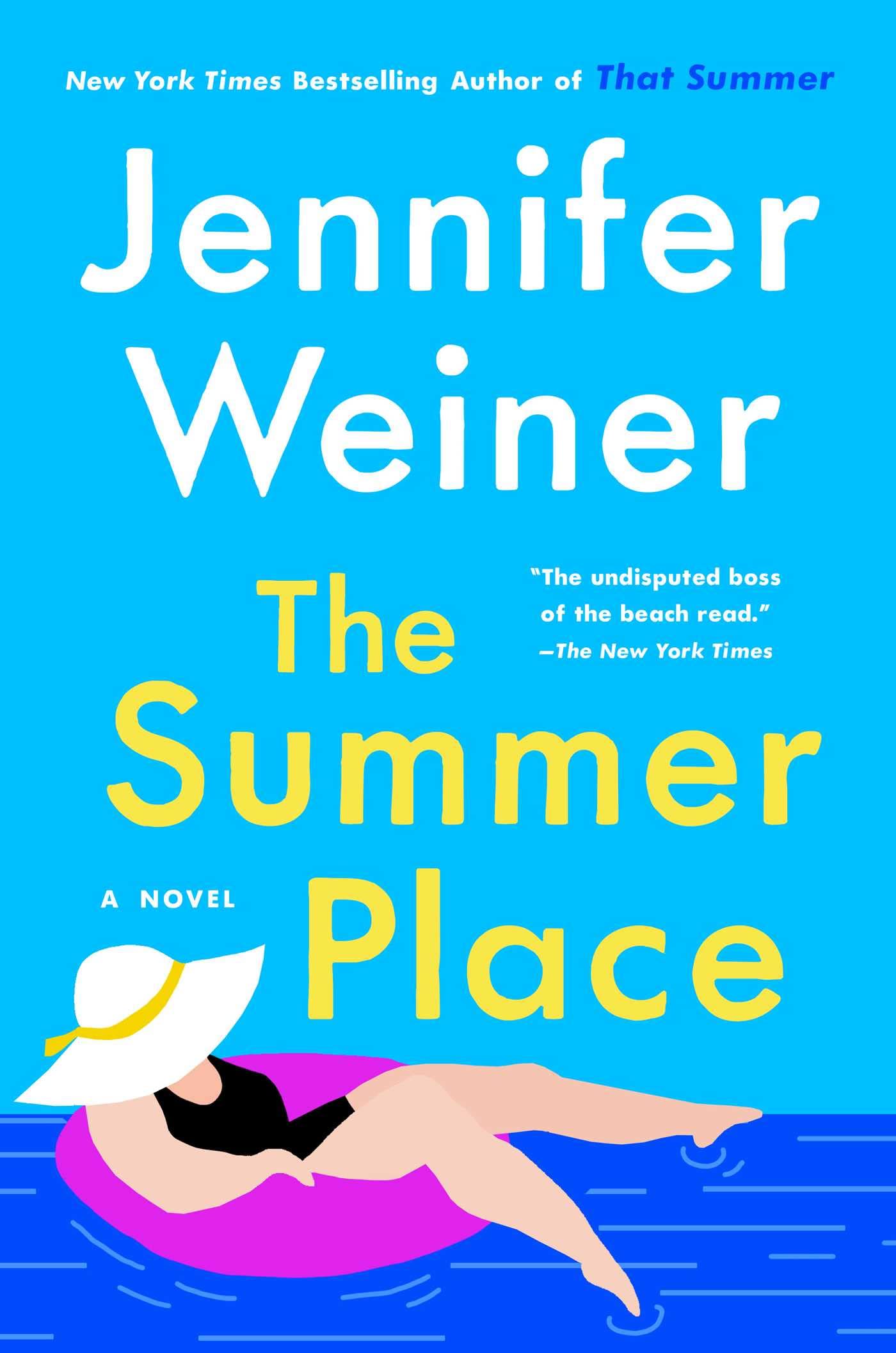 Jennifer Weiner writes the most juicy family dramas, perfect for your summer reading lists. I definitely think this is a book that will have mixed reviews, and I already saw that it wasn’t a hit for some of my book friends. Me? I loved it. I was immersed in the stories of this quite dysfunctional family and felt that the long sections from each of their viewpoints created well drawn characters. ⁣

“When her twenty-two-year-old stepdaughter announces her engagement to her pandemic boyfriend, Sarah Danhauser is shocked. But the wheels are in motion. Headstrong Ruby has already set a date (just three months away!) and spoken to her beloved safta, Sarah’s mother Veronica, about having the wedding at the family’s beach house in Cape Cod. Sarah might be worried, but Veronica is thrilled to be bringing the family together one last time before putting the big house on the market. But the road to a wedding day usually comes with a few bumps. Ruby has always known exactly what she wants, but as the wedding date approaches, she finds herself grappling with the wounds left by the mother who walked out when she was a baby. Veronica ends up facing unexpected news, thanks to her meddling sister, and must revisit the choices she made long ago, when she was a bestselling novelist with a different life. Sarah’s twin brother, Sam, is recovering from a terrible loss, and confronting big questions about who he is—questions he hopes to resolve during his stay on the Cape. Sarah’s husband, Eli, who’s been inexplicably distant during the pandemic, confronts the consequences of a long ago lapse from his typical good-guy behavior. And Sarah, frustrated by her husband, concerned about her stepdaughter, and worn out by challenges of life during quarantine, faces the alluring reappearance of someone from her past and a life that could have been. When the wedding day arrives, lovers are revealed as their true selves, misunderstandings take on a life of their own, and secrets come to light. There are confrontations and revelations that will touch each member of the extended family, ensuring that nothing will ever be the same.”
⁣
The family matriarch is Ronnie, a former novelist and the summer house owner. She actually appeared in the last book – That Summer – as did her children Sarah and Sam. Sarah is married to Eli, and at the start of the pandemic lockdown, Eli’s daughter Ruby and her boyfriend Gabe move home with the family. The book begins with the two announcing their engagement (at a Shabbat dinner!) and we know right away that something is going on with Eli. Eli was my least favorite character – I thought he was extremely selfish in keeping something important secret from his daughter just to protect himself. ⁣As secrets unravel, we learn who these characters were in the past and the people that they are now. I will say that if infidelity turns you away from books, you will not want to read this one! No one in this family seems to appreciate being committed! ⁣ 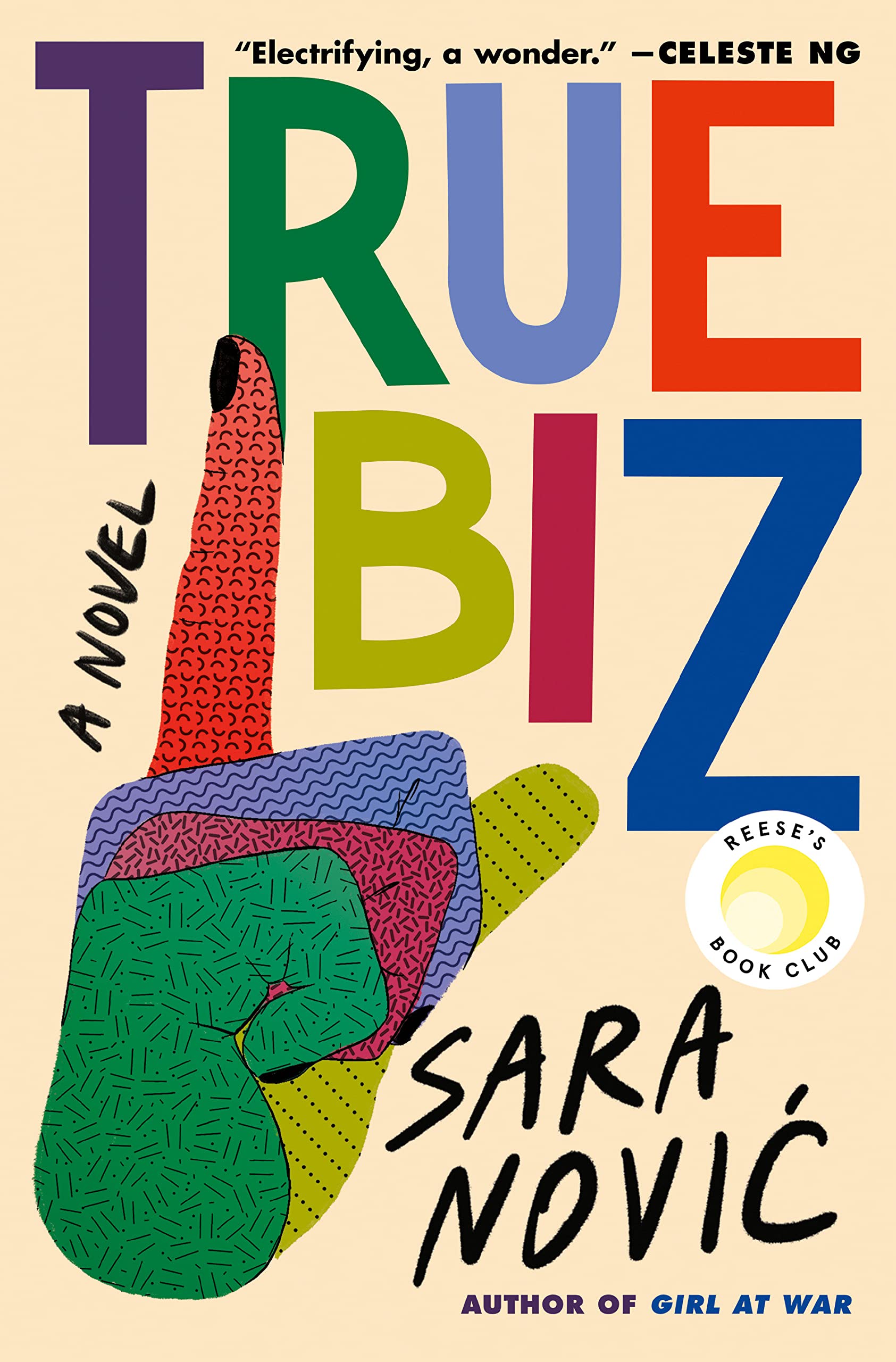 I originally heard about True Biz by Sara Novic on the Currently Reading podcast and was excited to grab it from BOTM this month. I’m pleased that 3 out of 4 of my 2022 choices have been 5 stars! True Biz is the story of a school for the Deaf, its director, February, who is hearing but was raised by deaf parents, and some of the students and their experiences. Charlie grew up struggling with language and with a non effective Cochlear implant. Austin knows only ASL as his whole family is deaf. Kayla shares about Black ASL – something I did not know of before. And through Eliot we see the scars of when deafness is seen as something to cure. ⁣

“True biz? The students at the River Valley School for the Deaf just want to hook up, pass their history finals, and have politicians, doctors, and their parents stop telling them what to do with their bodies. This revelatory novel plunges readers into the halls of a residential school for the deaf, where they’ll meet Charlie, a rebellious transfer student who’s never met another deaf person before; Austin, the school’s golden boy, whose world is rocked when his baby sister is born hearing; and February, the hearing headmistress, a CODA (child of deaf adult(s)) who is fighting to keep her school open and her marriage intact, but might not be able to do both. As a series of crises both personal and political threaten to unravel each of them, Charlie, Austin, and February find their lives inextricable from one another—and changed forever. This is a story of sign language and lip-reading, disability and civil rights, isolation and injustice, first love and loss, and, above all, great persistence, daring, and joy. Absorbing and assured, idiosyncratic and relatable, this is an unforgettable journey into the Deaf community and a universal celebration of human connection.”

This book was so good, informative, page turning, and memorable. I really felt connected to the characters. I highly recommend it!⁣

Come back next week for the rest of my April reads – and possibly more favorites!

Do you have a favorite book you’ve read this month?