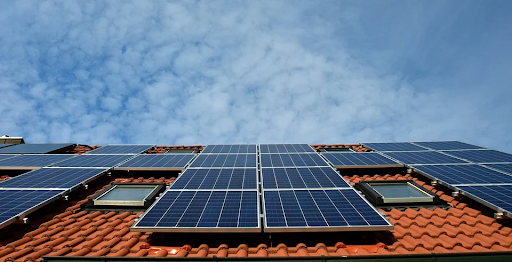 Solar power is the hot new kid on the block. Well actually, it’s kind of like grandpa wearing a baseball cap and a hoodie, because solar has been around for decades. It’s only now just starting to get popular because the technology has vastly improved and the economies of scale theory has kicked in. So solar is produced in large quantities, the panels or tiles have become cheaper to make, thus cheaper to buy and the application far more widespread. But, have the costs really gone down in relation to the applications? Some would say no. Let’s take a look and then ask yourself if solar is right for me?

The new tech and the price

The latest solar technology comes from Tesla. They are of course the most famous green tech company in the world due to their cars, charging network and now, Tesla tiles. These tiles fit onto your home just like regular tiles. However, they are solar tiles that capture the sun’s energy. Standard solar panels used to be only 10-15% efficient. Then the second generation is now 15-20% efficient. Tesla claims their tiles are up to 22% efficient. This is incredible seeing as the tiles are smaller, lighter and there are far more fitted to cover the entire roof than a series of panels could be. However, they could cost up to $40K to install and become part of their maintenance package. They only begin to start paying themselves off, after 5 years. So unless you have that kind of money laying around and you are in your forever home, it might be a gamble too far.

However, the good old solar panel is still efficient enough despite not covering the entire roof from end to end. If you want to find a solar installer near me, just use that website. They can find you an installer right by your neighborhood or in your town who can come and inspect your roof, formulate a plan and then get to work. Installing has to be done very carefully because these panels are not lightweight, they have to be fitted so they don’t fly off in bad weather and yet, not cause leaks in your roof. So don’t go drilling holes into your roof, ask a professional to do it for you.

How much do you need?

Maybe the real question is, how much free energy do you need? Solar panels can give you about 2-3 weeks of energy per year at the maximum. Chances are that in any given year, you will get about 1-1.5 weeks of free energy. That might not seem like much but it could be in the hundreds of dollars if you have a large household. So is it worth it?

Solar is a great way to power your home and car. It’s the future and has been for quite some time. But the cost has to align with the application and need.