Today I am excited to be featuring the book Rebel Daughter by Lori Banov Kaufmann on the Blog Tour hosted by Rockstar Book Tours! I am sharing my review as well as a giveaway, so be sure to read on. This post contains affiliate links, so if you use them and make a purchase, I may receive a small commission. 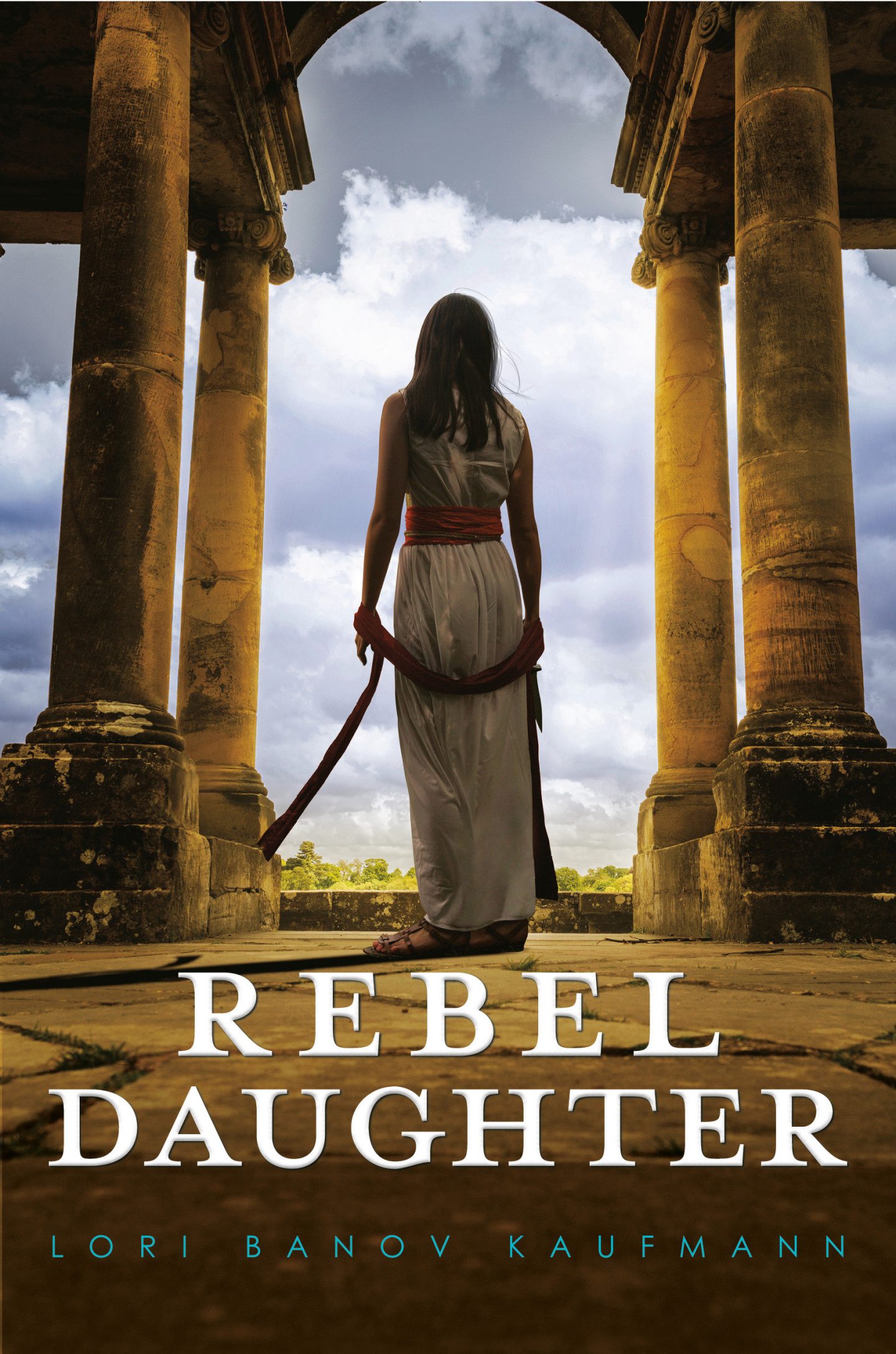 A young woman survives the unthinkable in this tale of family, love, and resilience, set against the destruction of Jerusalem in 70 CE.

Esther dreams of so much more than the marriage her parents have arranged to a prosperous silversmith. Always curious and eager to explore, she must accept the burden of being the dutiful daughter. Yet she is torn between her family responsibilities and her own desires; she longs for the handsome Joseph, even though he treats her like a child, and is confused by her attraction to the Roman freedman Tiberius, a man who should be her sworn enemy.

Meanwhile, the growing turmoil threatens to tear apart not only her beloved city, Jerusalem, but also her own family. As the streets turn into a bloody battleground between rebels and Romans, Esther’s journey becomes one of survival. She remains fiercely devoted to her family, and braves famine, siege, and slavery to protect those she loves.

This emotional and impassioned saga, based on real characters and meticulous research, seamlessly blends the fascinating story of the Jewish people with a timeless protagonist determined to take charge of her own life against all odds.

Based on an incredible true story!

Additional back matter includes an Author Note, which gives historical context and explains author’s inspiration for the book. Included as well is an historical overview by an eminent scholar of the period.

Fans of THE RED TENT and THE DOVEKEEPERS will appreciate this incredibly detailed and accurate depiction of historical events, woven within a richly told and emotionally complex story of growth.

Despite the constraints of society and the savagery of war, Esther is an independent thinker exploring her identity and her faith—and showing unimaginable strength in the face of trauma.

The destruction of the Temple in 70 CE by the Romans is a crucial part of the Jewish story, but it’s often lost amid more well known historical legends. The depiction of Esther’s faith is realistic and moving to a modern audience.

The role of faith and family obligation is explored in depth.

The story will resonate with people who love Biblical history, Israel and stories about faith, courage and family bonds.

“Esther’s remarkable, mysterious, and meticulously researched story is one that demands to be told.”—Kirkus Reviews

“The writing is clear, smooth, and accessible. An engaging story for historical fiction fans.”—School Library Journal

Selected by the Junior Library Guild 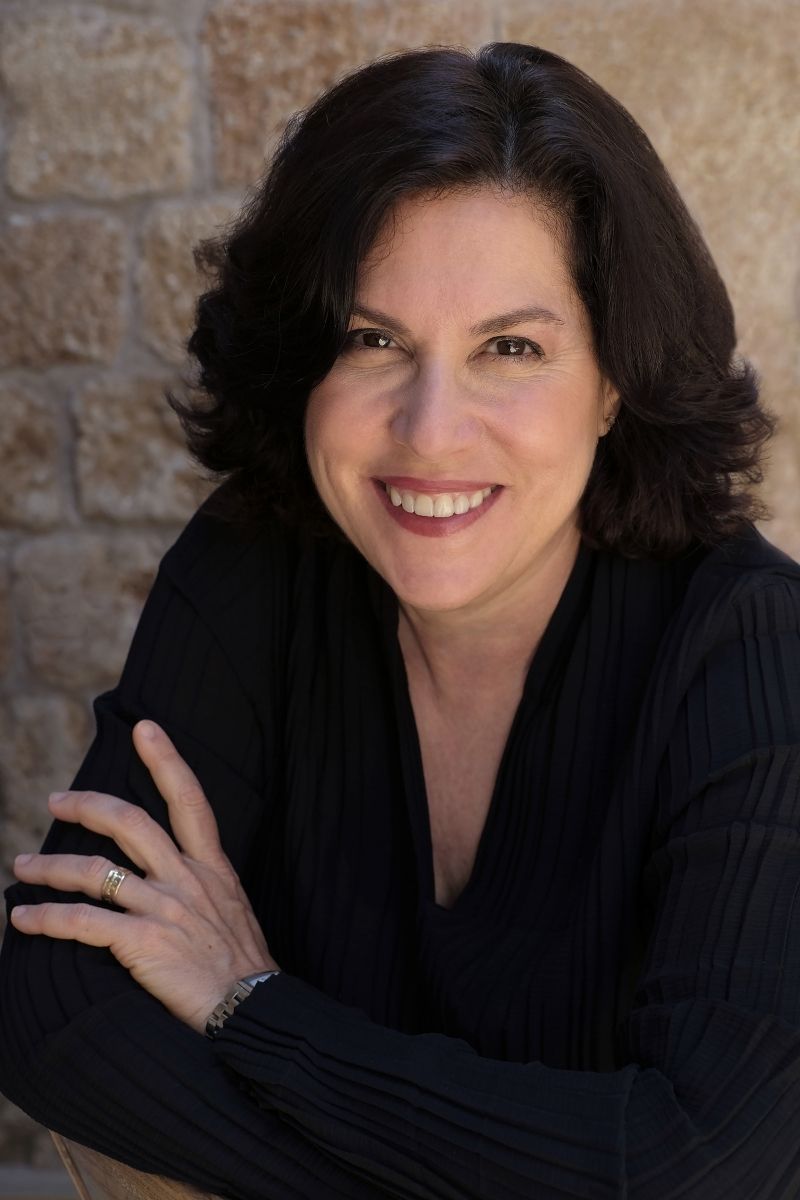 As soon as she learned of the discovery of the first-century tombstone that inspired Rebel Daughter, Lori Banov Kaufmann wanted to know more. She was captivated by the ancient love story the stone revealed and resolved to bring it back to life.

Before becoming a full-time writer, Lori was a strategy consultant for high-tech companies. She has an AB from Princeton University and an MBA from the Harvard Business School. She lives in Israel with her husband and four adult children.

Rebel Daughter was one of my anticipated releases from a Jewish author including Jewish representation. I am embarrassed to admit that I misinterpreted the subject of this book, thinking it was about Queen Esther from the Purim story. In fact, it is about another strong woman named Esther who lived during the time of the Roman occupation of the biblical Israel, up until the destruction of the second Temple in 70 CE. I am sure I learned about this time period in Jewish history, and yet I did not know how difficult life was at the time and how the Jewish people were treated following the Roman success in the final battle that destroyed the Temple.

Some of the characters in the book are based on real people, and if I had been more in tune to the history I might have realized who Joseph in the story was before it was revealed! Esther is not a person I have heard of, but I imagine she lived as she was described in this very detailed book. It is not an easy read, as it contains details of war time and some of it can be upsetting. I learned so much from this book and will certainly read anything else that this author writes in the future!