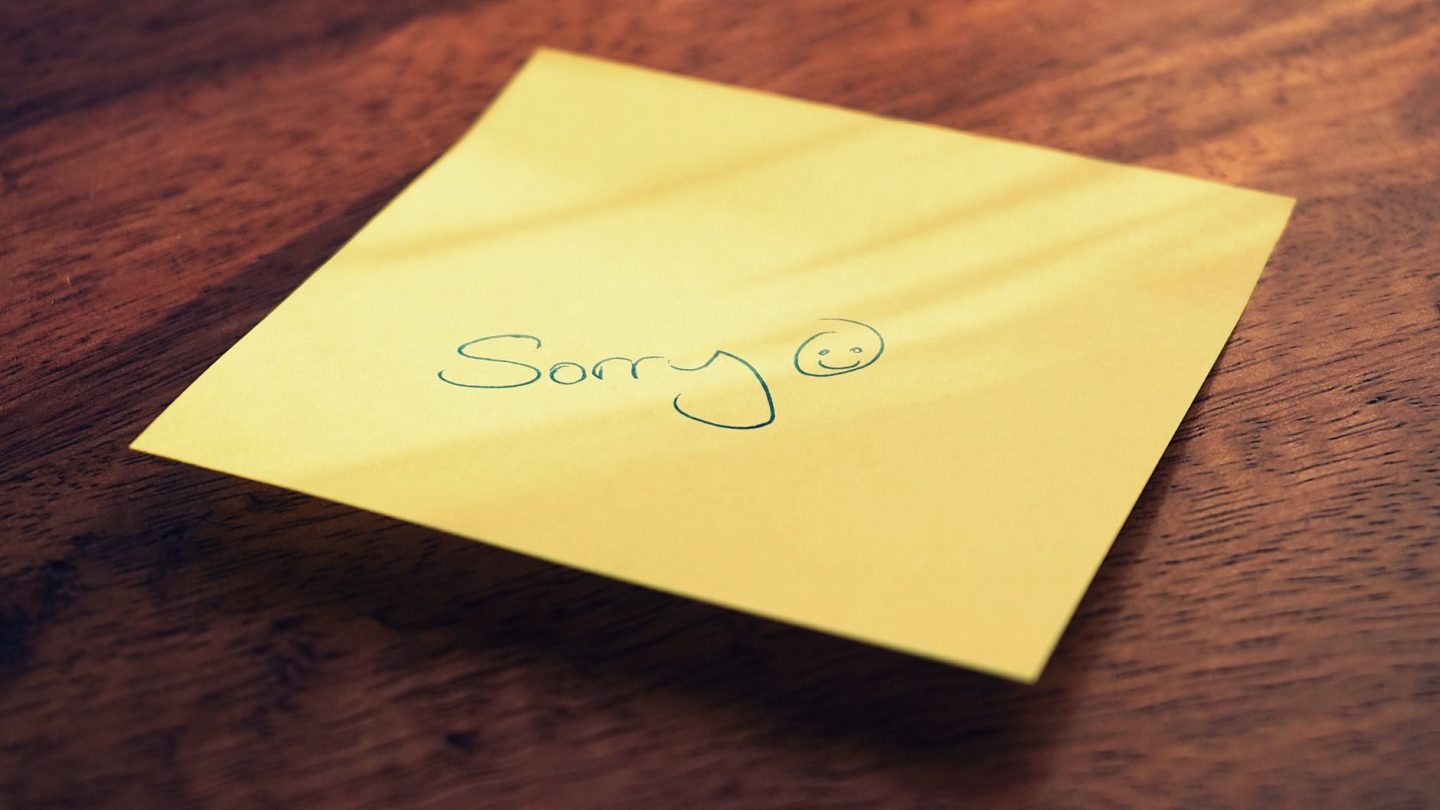 The 10 days between Rosh Hashanah and Yom Kippur on the Jewish calendar are known as the 10 days of Repentance. According to jewfaq.org, “This is a time for serious introspection, a time to consider the sins of the previous year and repent before Yom Kippur.” During this time, many Jewish people have the custom to ask for forgiveness from those they have wronged over the past year. The Jewish tradition actually teaches the steps to making an appropriate apology. First, let’s look at 5 ways you shouldn’t apologize.

1. I’m sorry if you were offended.

This apology doesn’t acknowledge any wrong doing. It implies that the person should not have been offended at all, and IF they were, that’s on them.

Placing blame on the person you are apologizing to doesn’t count as an apology.

4. I apologize for anything I may have done to offend you.

A lot of people seem to post these blanket apologies. I think it’s an easy way out.

Apologies should be made without the expectation of forgiveness, no matter how hard that may be for the person apologizing.

Now, here is the appropriate way you should apologize, according to the Rambam, a 12th century rabbi and scholar who provided us with laws for repentance.

First, we must confess specifically what we did wrong. Express remorse for what you did and how it made the other person feel. Attempt to fix what you did, if possible. Finally, don’t do it again – an important part of repentance is improving yourself for the future. Only after apologizing appropriately may you hope for forgiveness.

Seeking forgiveness is important any time you wrong someone, not only during these specific days, so I hope that this post is helpful if you have someone in your life you would like to apologize to.