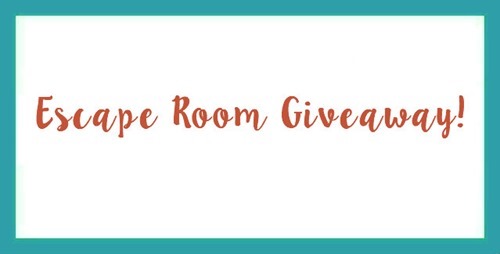 When some people think of escape rooms, they think that they are actually locked in a room from which they will have to escape. Maybe they even envision themselves being tied to their friends, handcuffed, or blindfolded. That is not what happens in an escape room at all – at least not the ones at Tick Tock Escape Games here in Overland Park, KS! Instead, the idea is to work together to solve puzzles, decipher codes, and unlock locks which will reveal more clues, which lead to more puzzles, locks, etc. until you solve the last puzzle and escape the room. 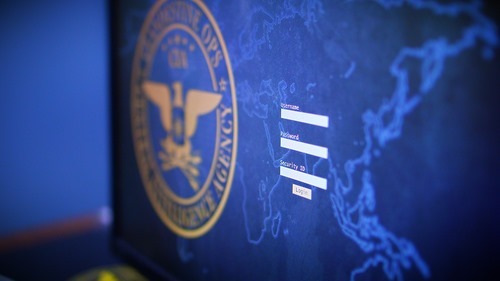 At Tick Tock Escape Rooms, the rooms have missions to complete. I was recently given the opportunity to invite my friends and take part in the Central Intelligence Escape Room. The story behind this room is that a top level CIA field office has been compromised and your team has been selected to investigate and complete the top-secret mission. My friends and I thought the room was well-done, entertaining, and very high tech. When we solved puzzles and entered codes, there were technological results, such as drawers opening automatically and other revealed secrets. I later realized that the other two escape rooms at Tick Tock – Beasley’s Billions and Pyramid Paradox – are even more high tech and filled with exciting features.

Last week, I got together a group of 5 couples including Dave and myself and we worked together to solve the Central Intelligence room. About half of us had done escape rooms before. My number one tip for escape rooms is to look at everything! If you find seemingly random objects around, collect them because they may be useful later. Of course, if you’re like me, you might go a little too far at thinking that things are important – some things may really just be there to mislead you!

My group of friends all knew each other well, but an escape game is a great way to bond with others. You will find that you will split off into groups to work on various problems. It is fun to switch off who you are working with at different times during the game. The best part of having a large group play the game together is that various people have various skills. For example, some people are good with seeing scrambled words clearly, others are good at math, etc. 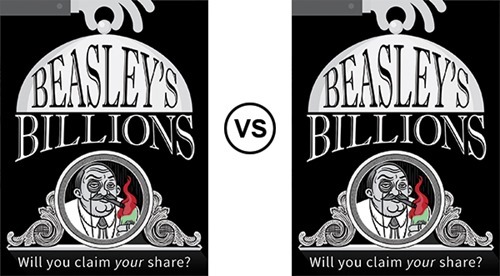 One very cool thing about Tick Tock Escape Games is that two of their rooms are duplicated, so if you have a large group, you can split in half and race against each other to solve the rooms! Dual room races would be a great opportunity for team building, birthday parties, men versus women, older family members versus younger, and much more. These games are also family friendly – Tick Tock can even make games easier when the room is being played by a group of kids – how fun is that? 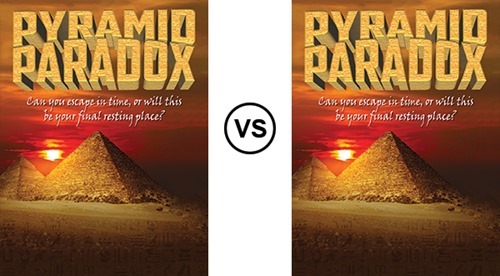 After our game – which by the way, we finished with 2 minutes and 15 seconds to spare – we spent some time talking to the creator of the game we played. He was so proud of his creation, and was happy to spend time answering some of our questions about how things worked. He designed and built the room as well as the app that he uses to control it. The company itself is family owned and not a franchise and the rooms were designed and developed in the Kansas City metro area using local resources.

You know I love to take pictures, but you can’t take pictures inside escape rooms due to spoilers! If you want to see the room yourself, you can book directly at their site, by calling (913) 396-9144, or you can enter to win the giveaway below! 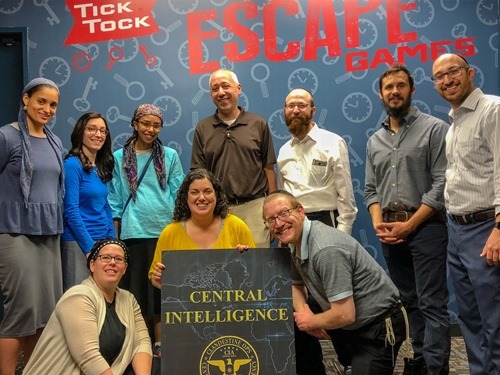 Then you can look just as happy and proud of yourselves as we did here! My friends all had a great time and I heard such comments as: “It was awesome!”, “We had a blast!”, “We had tons of fun!”, and “It was so much fun!” The giveaway will give you an Escape Game experience for 8 which must be used by Nov 18th, 2018.

One more thing: if you win the giveaway, will you take me with you?