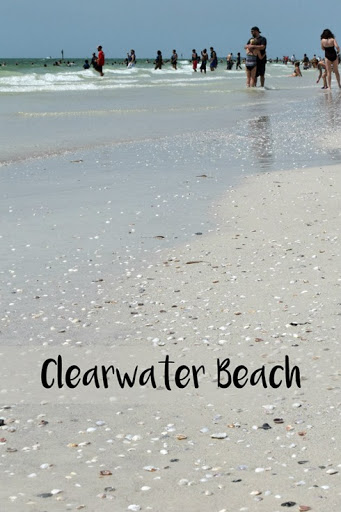 Before our planned Disney trip, we took a short side trip to Tampa, FL. We have been there many times before because Dave works with people from his company who work in Tampa and if he can combine a work trip with a Disney trip, he does. This means that while he is at work, the kids and I are out exploring, but this time we flew in on Sunday morning so that Dave had the first day to spend with us too. We decided to visit Clearwater Beach that day (which was also Father’s Day).

(But first, there was a stop at the Tesla store at the mall for my Tesla loving boys!) 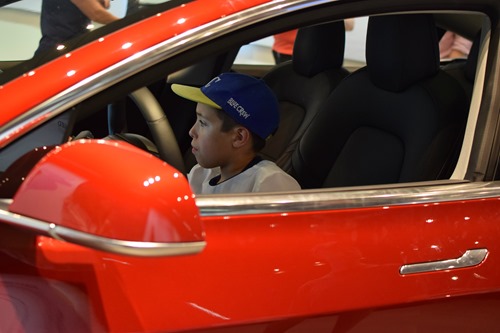 I visited Clearwater when I was young and my father also had a work trip in Tampa! My mom remembers it fondly, as do I, but I think we were there in April and the weather in Florida in June is HOT and humid, so being on the beach wasn’t as comfortable as I remember in the past! I had also taken Gabbie to Clearwater when we traveled with Dave when Gabbie was about 2. 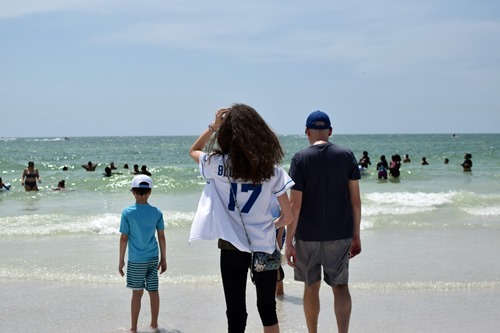 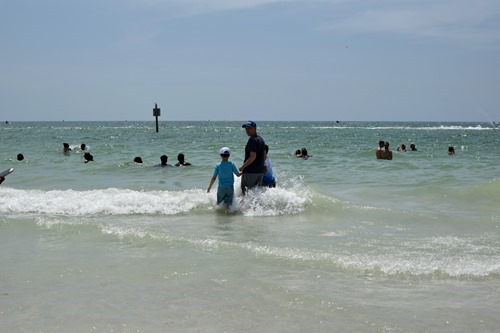 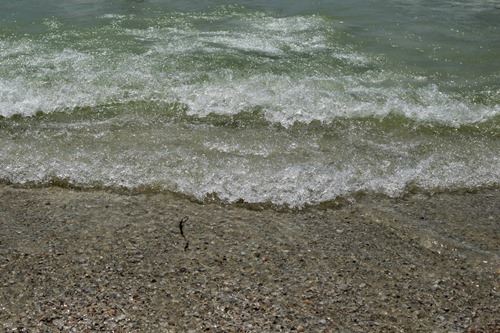 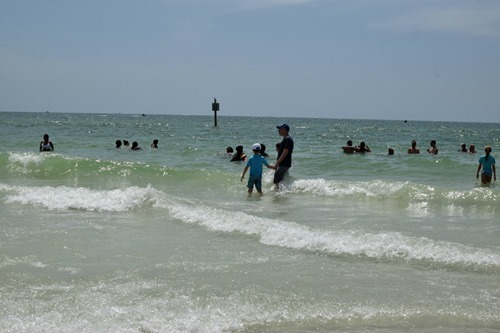 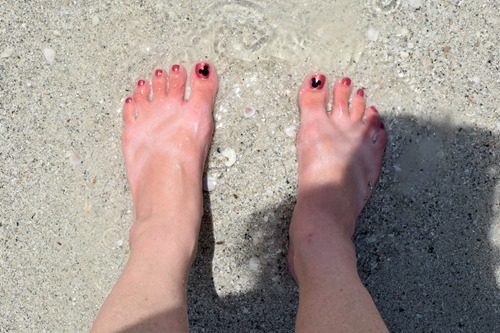 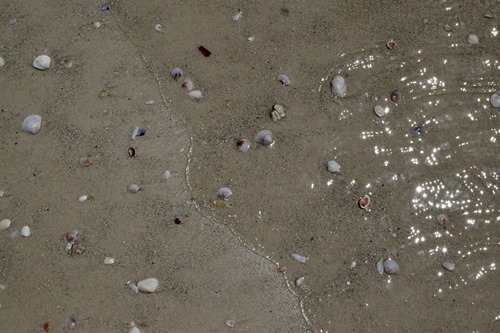 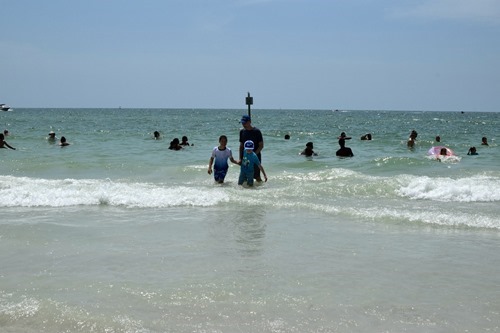 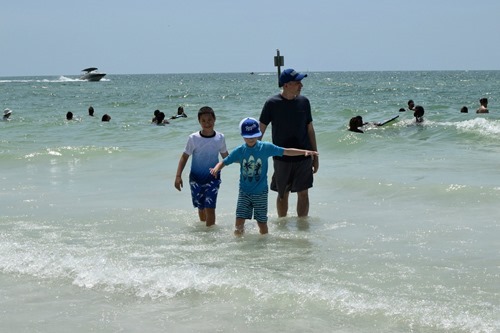 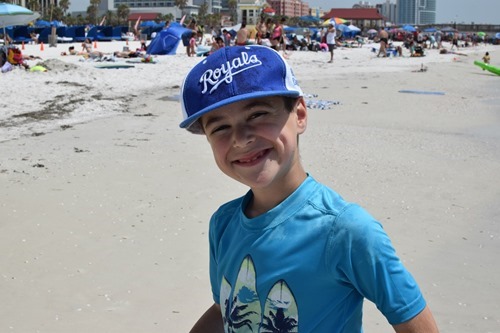 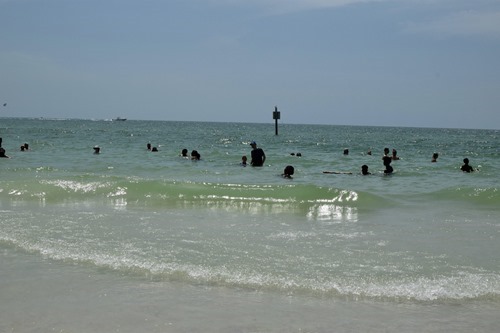 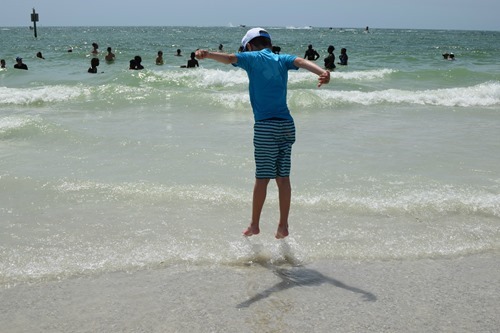 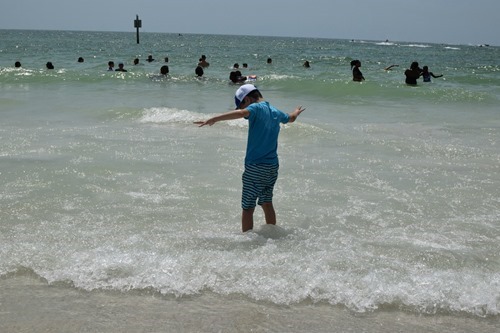 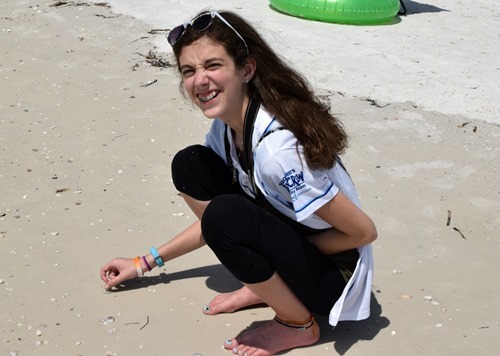 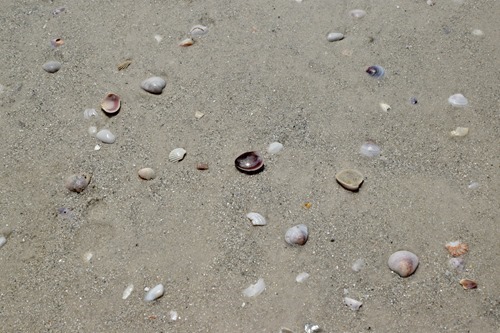 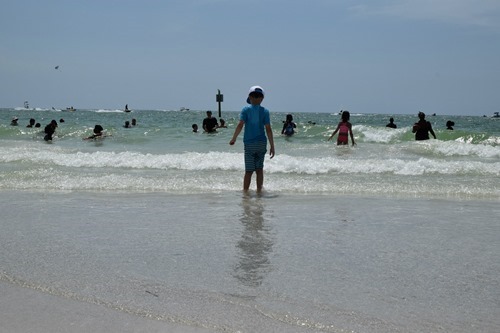 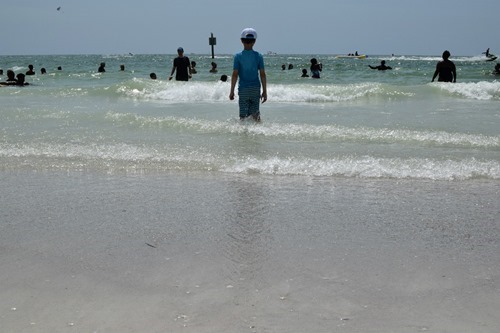 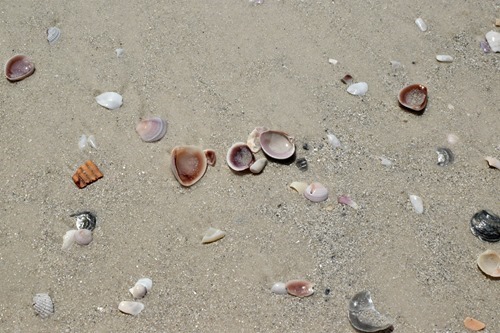 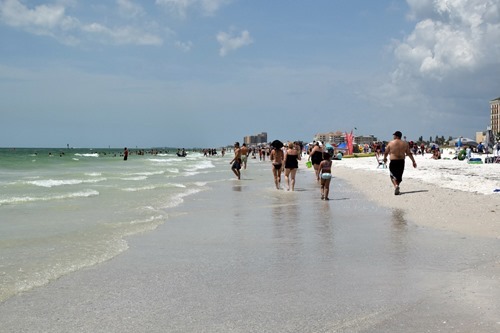 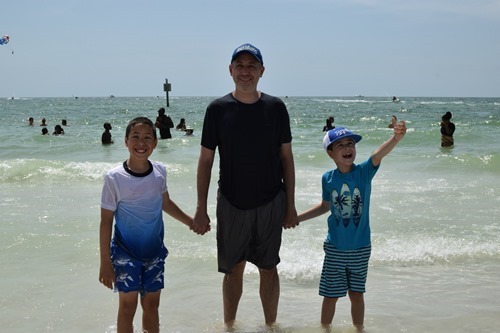 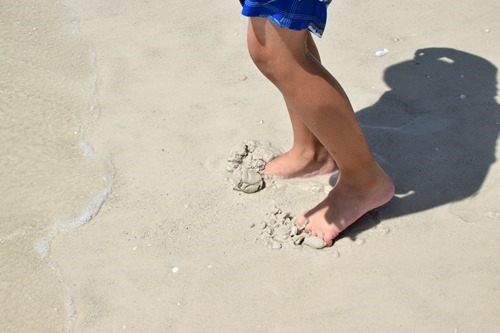 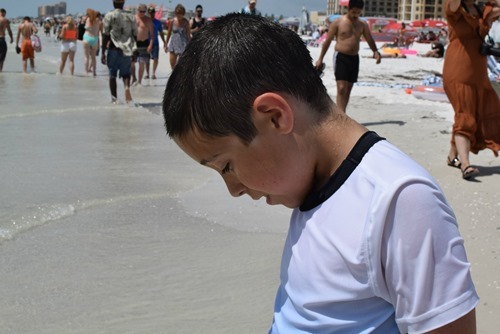 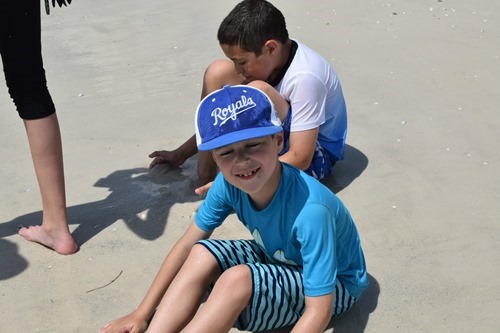 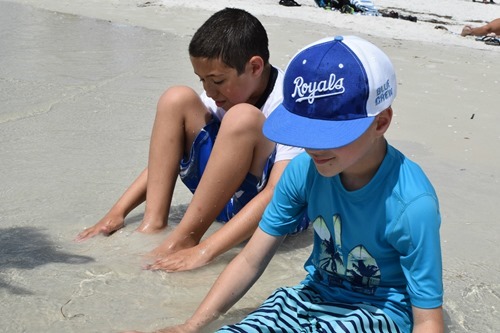 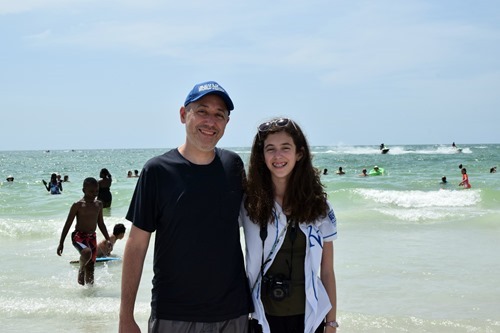 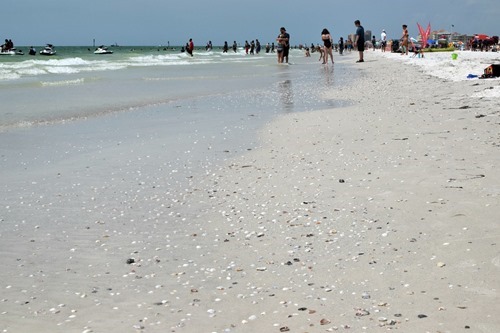 There were a few cool murals around and I convinced Simon to get up next to this one! 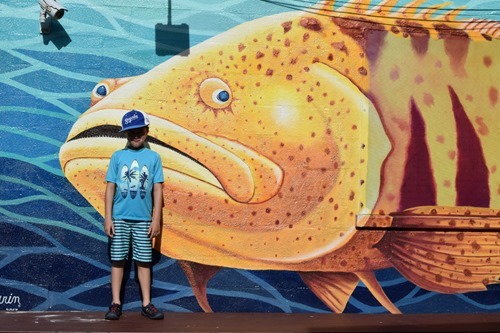 Have you ever been to Clearwater Beach?