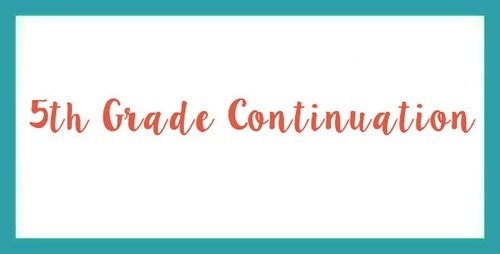 Since our 5th graders stay in the same school for middle school, unless they choose to switch schools, they have a “continuation” ceremony instead of a graduation. Zachary’s was on the last day of school.

First, the band played a medley of Queen songs. Zachary has been playing clarinet this whole school year, and he may be taking band as an elective in middle school as well. I’m not sure when we find out for sure what electives he gets. I do think he plays pretty well, but he would not let me take a picture and kept hiding behind his musical stand, even though I told his friend next to him to hit him for me! 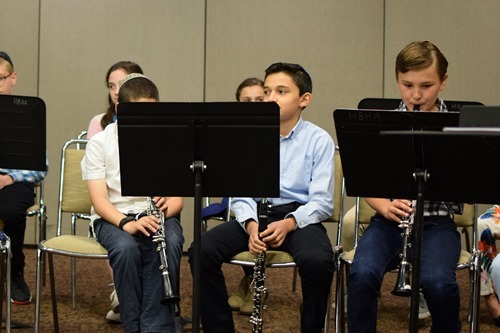 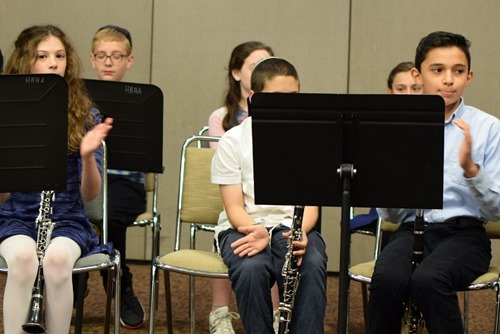 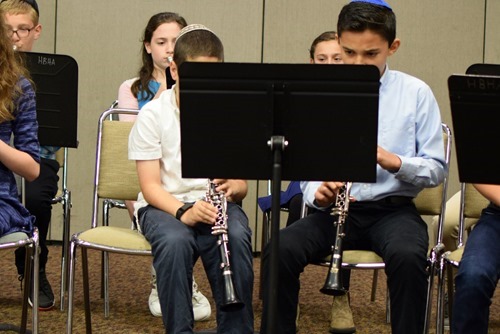 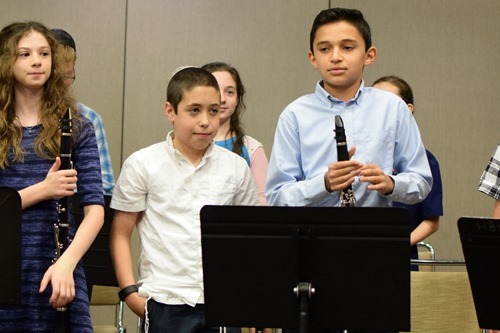 Next, the kids went to the stage and the principal spoke and presented them with their certificates. 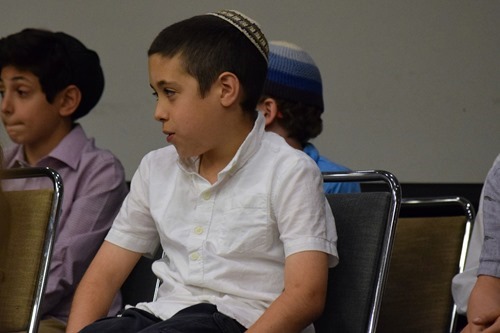 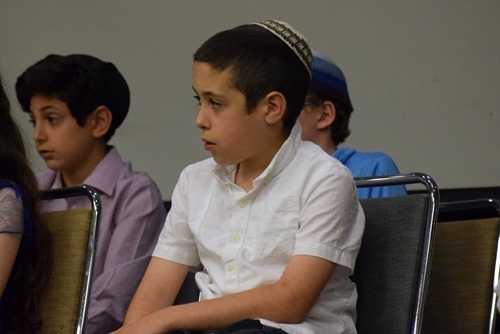 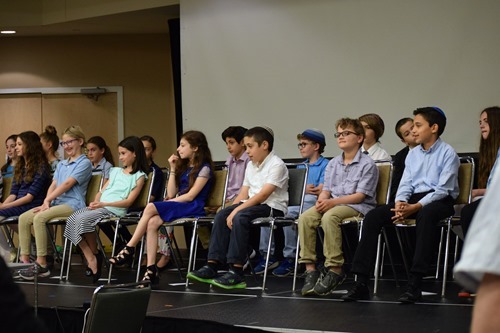 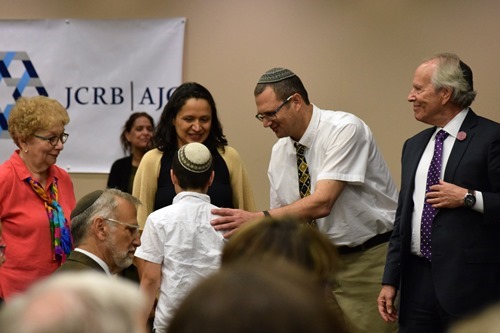 Then the class presented their $1 million projects. They are each “given” 1 million dollars to make a business in a pretend town. Their town was called Ir Shalom, located in Israel. Zachary’s business was a park, which he named Echo Park. 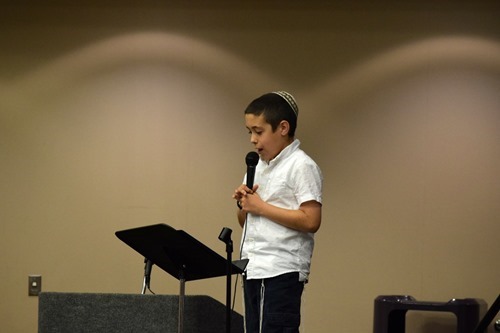 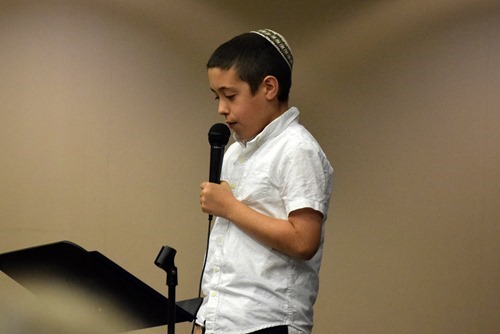 They also shared presentation about Israeli inventions that they had been studying throughout the year. Zachary’s group talked about cherry tomatoes. 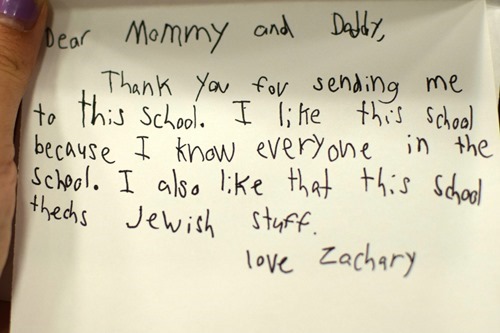 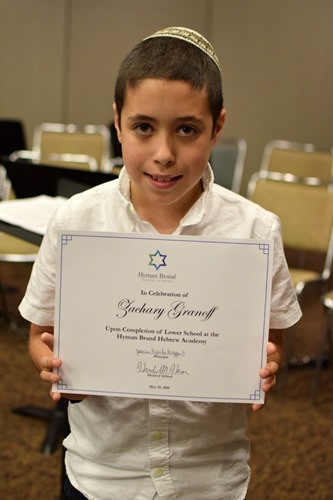 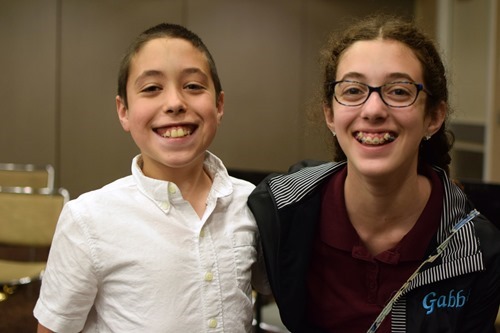 After the ceremony, we got to see the Ir Shalom projects the students made. 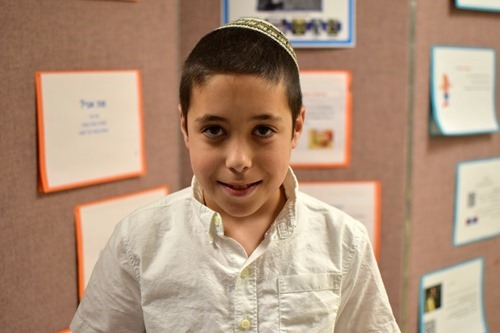 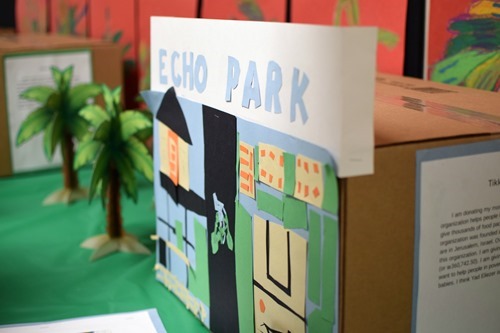 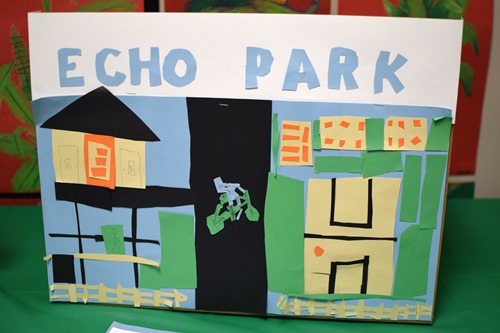 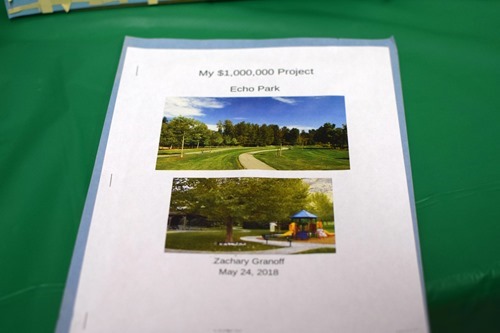 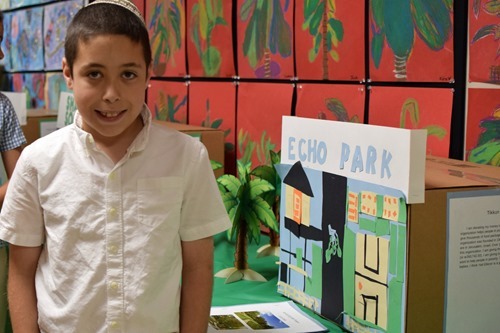 Here are some of the other kids’ projects: 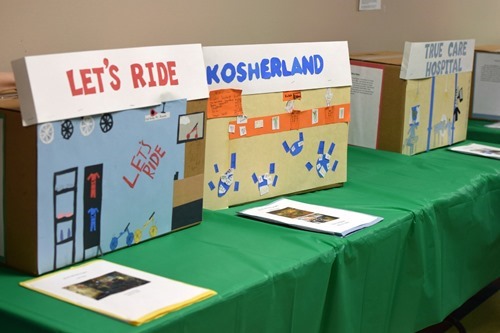 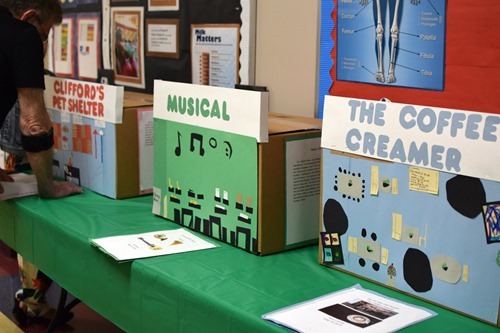 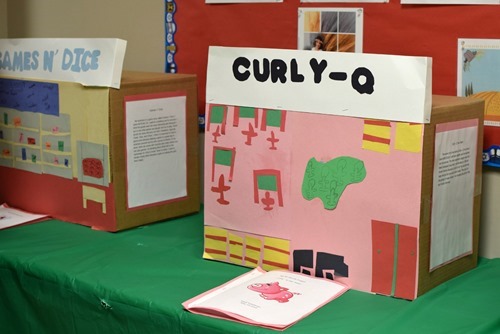 I spotted this hanging outside the classroom, and I thought it was cute: 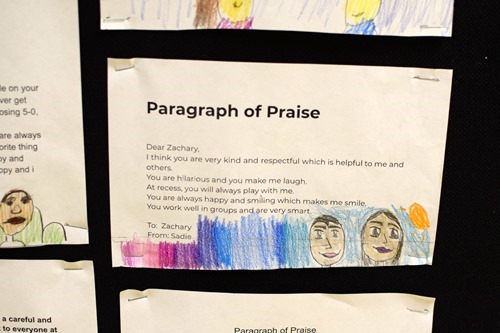 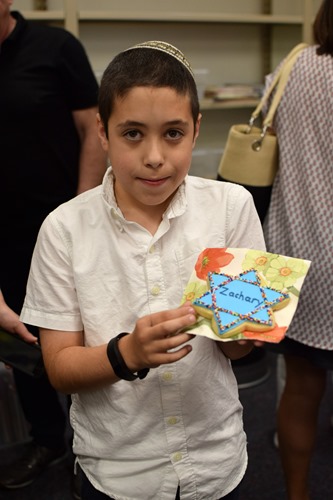 You can check out Gabbie’s continuation here (scroll down)!