As you know, I quite often read and review books for TLC Book Tours, and those books are reviewed on assigned dates. In between those books, I have finished 5 others that I haven’t reviewed here yet, so this post will include those 5 reviews! 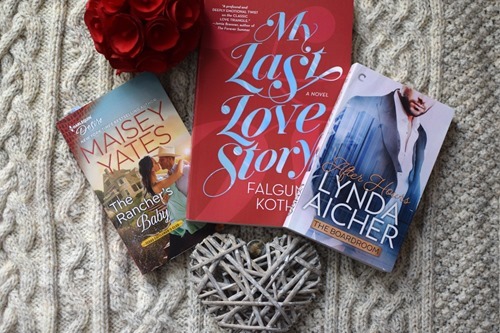 I received these three books from Harlequin Books in exchange for posting on Instagram. 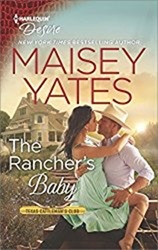 Harlequin sent me three very different romance novels and although I don’t often read this type of book, I picked this one up first. The Rancher’s Baby by Maisey Yates was basically forgettable, and although it claims to center around a scandal, the scandal itself is never resolved.

“When a torrid, possibly dangerous scandal comes to Royal, Texas, Selena Jacobs is nearly caught in the middle. Until her best friend Knox McCoy ensures her safety—by moving in! Selena has loved Knox for years, but she’s never had the courage to tell him. Now the sparks she’s tried to smother burn out of control…and leave her pregnant. But with the pain in his past, will Knox finally take a chance on love…with her?”

The book begins at Selena’s ex-husband’s funeral, but he’s not actually dead, as he shows up at the funeral too. Someone staged this funeral in order to bring together a group of women all of whom were told they were left his life savings. Sounds like an interesting story line, but it was never concluded. Obviously this is part of a series, so maybe it will return to be featured in a later book. As for the main couple in the story, Selena was always in love with Knox and only married her ex to access the money she needed at the time and to get away from her abusive family. As her best friend, Knox was always in love with her too. Once he moves in to protect her from…something…they end up together – what a surprise! Knox has a difficult past, having also married someone else and suffered a loss, so when he finds out Selena is pregnant, he is not ready to make a commitment. This is quickly resolved, and everyone lives happily ever after! As you can see, I wasn’t a huge fan, and won’t likely be reading the rest of the books in this series! 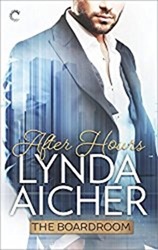 Next, I read After Hours by Lynda Aicher. Fair warning – this book is erotica. It does have a plot, it was well-written, and it can be called a romance, but it includes a lot of graphic scenes!

“The Boardroom. After hours, it’s where Bay Area moguls indulge their fantasies. Ties are loosened. Inhibitions, too. Assistant Avery Fast watched from a distance, mouth gaping, blood roaring wildly in her ears as she stared at the naked woman on the table before her. At executive Carson Haggert ordering a man to pleasure her. It made her feel guilty, embarrassed…and hot. Carson watched and waited. Waited for Avery to notice him in the Boardroom. Waited for her to like what she saw. Waited to see what she’d do the next day. And the next. He couldn’t let her go—not when she’d seen what goes on in the Boardroom. He couldn’t stop thinking about the desire in her eyes, the flush on her cheeks, her obvious arousal. Getting her to join was easy. But now Carson wants Avery all to himself.”

Like in most romances, the new couple comes with background baggage, mostly stemming from the fact that Carson is into some kinky things and Avery feels guilty that she is too. Plus, Carson doesn’t want a relationship. But he finds himself falling for Avery, and she certainly likes him too. I liked that they each had friends they could talk to and who helped them realize they were actually great for each other! 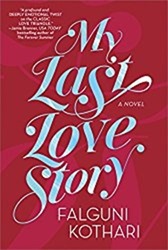 Lastly, I read My Last Love Story by Falguni Kothari. As compared to the other two, this was more of a literary romance and was also more of a cultural story, as the main characters were all Indian. I really enjoyed the story and the writing in this book. As a warning though, there is one part that describes something that happened in Simi’s past that was upsetting and difficult to read.

“Simi Desai is thirty years old and her husband is dying of cancer. He has two last wishes in his final months: first, that she’ll have his baby so that a piece of him lives on, and second, that she’ll reconcile with her old flame, who just happens to be their mutual best friend. And so over the course of their last summer together, Simi’s husband plans a series of big and small adventures for this unlikely trio, designed to help them say goodbye to each other and prove to Simi that it’s okay to move on without him—and even find love again.”

This was definitely a very unique love story. The three main characters included Simi and the two boys she loved equally – Nirvaan and Zayaan. Everyone thought Simi would marry Zayaan, but instead she chose Nirvaan, who is now sick with cancer. Nirvaan convinces Zayaan to come stay with him and Simi and seems to be pushing the two back together. However, Simi can’t admit to either of them why she and Zayaan did not end up marrying each other in the first place. I think the story and its ending were purposely frustrating, to make the reader think and wonder what he or she would have done differently if in a similar situation. 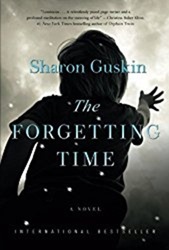 For my book group read, we chose The Forgetting Time by Sharon Guskin. Many of the group were reluctant to choose this book, but in the end we had one of our highest attended book groups in a long time, which means a lot of us read it, and most of us in attendance also enjoyed it!

“What would you do if your four-year-old son claimed he had lived another life and that he wants to go back to it? That he wants his other mother? Single mom Janie is trying to figure out what is going on with her beloved son Noah. Noah has never been ordinary. He loves to make up stories, and he is constantly surprising her with random trivia someone his age has no right knowing. She always chalked it up to the fact that Noah was precocious―mature beyond his years. But Noah’s eccentricities are starting to become worrisome. One afternoon, Noah’s preschool teacher calls Janie: Noah has been talking about shooting guns and being held under water until he can’t breathe. Suddenly, Janie can’t pretend anymore. The school orders him to get a psychiatric evaluation. And life as she knows it stops for herself and her darling boy. For Jerome Anderson, life as he knows it has already stopped. Diagnosed with aphasia, his first thought as he approaches the end of his life is, I’m not finished yet. Once an academic star, a graduate of Yale and Harvard, a professor of psychology, he threw everything away to pursue an obsession: the stories of children who remembered past lives. Anderson became the laughing stock of his peers, but he never stopped believing that there was something beyond what anyone could see or comprehend. He spent his life searching for a case that would finally prove it. And with Noah, he thinks he may have found it. Soon, Noah, Janie, and Anderson will find themselves knocking on the door of a mother whose son has been missing for eight years. When that door opens, all of their questions will be answered.”

Interspersed throughout the book were quotes from a book written by an actual scientist who researched children who remember past lives. There were stories about children in the far east who not only recalled these lives, but were reunited with an accepted by their past families. In our group, we discussed wondering about how true these stories are. They occur more often in the far east because it is more culturally accepted there, but is it because it is real or because people want it to be real? In the novel, Noah begs to be reunited with his other mother, and when Janie comes across Dr. Anderson’s research, she contacts him. Together, they uncover what happened to Noah in his past, and in the process they provide closure for another family. There were a lot of parts of this book that were very sad, including the ending, but I suppose when a main topic is death, sadness is inescapable. 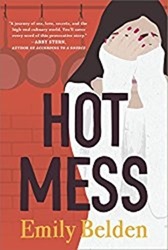 Finally, I recently received Hot Mess by Emily Belden from Harlequin Books as well. I found this book to be different and unique and I loved the author’s writing style as well as the main character. I know nothing about starting or running a restaurant, but neither did Allie, and while at first I wondered if I would enjoy reading about her world, I found that I very much did.

“Twentysomething Allie Simon is used to playing by the rules—until Chicago’s most sought-after, up-and-coming culinary genius, Benji Zane, walks into her world and pulls her into his. The only thing more renowned than Benji’s mouthwatering masterpieces and equally luscious good looks? His struggle with addiction and his reckless tendency to live life on the edge, no matter the havoc he wreaks along the way. But loving someone means supporting him no matter what, or so Allie tells herself. That’s why, when Benji’s offered the chance to light up foodie hot spot Randolph Street with a high-profile new restaurant, Allie takes the ultimate risk and invests her life savings in his dream. Then one day Benji disappears, relapsing to a place where Allie can’t reach him. Left with nothing but a massive withdrawal slip and a restaurant that absolutely must open in a matter of weeks, Allie finds herself thrust into a world of luxury and greed, cutthroat business and sensory delight. Lost in the mess of it all, she can either crumble completely or fight like hell for the life she wants and the love she deserves.”

Most readers probably found themselves yelling at Allie in their heads – I know I was! She falls for an addict who says he is sober, but doesn’t really seem to be. She is forced into a huge monetary deal that she isn’t ready for, and since you’ve read the book’s description, you know that she’s going to be stuck with the whole job too. But Allie has courage and strength and she turns her situation into the best that anyone could expect, making new friends and changing her life in the process. I loved the bits of twitter and social media that were included as this made it a very current story. I also loved that while the book is about strong women, it did not leave Allie alone in the end. Who does she end up with? You’ll have to read the book to find out! 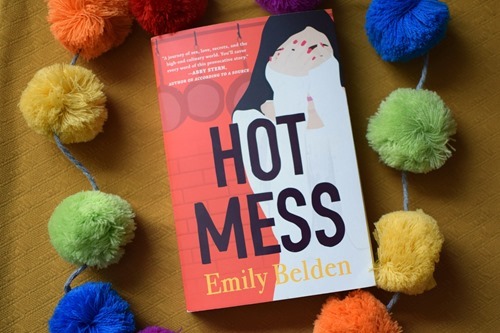