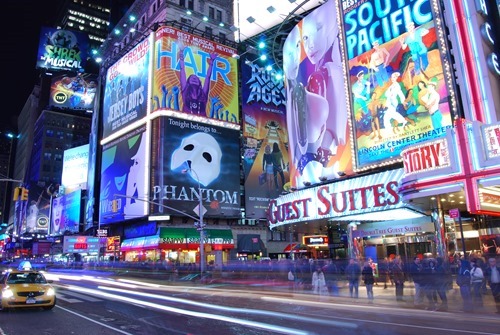 If you have never taken your children to see a live show before, perhaps this year could be the
year that you do. Instead of heading to the cinema for an evening out, why not take them to your
local theater for a different kind of experience? Of course, one reason why a lot of parents put
off taking their kids to see a live show is due to fear of how they will act during the performance.

The fact is that children over the age of four should be able to understand the rules that you set
in place and take them on board. If your children are under four, it may be worth holding off for a
while on taking them to see a show or booking a children’s only viewing instead. However, if
they are old enough to listen to and understand your instructions, then there should be no
problem taking them to see a live performance.

Bearing that in mind, it is a good idea to discuss theater etiquette with your children beforehand
and know what to expect during the show from them. Below is a guide to what to expect when taking your kids to see their first ‘grown-up’ show, as well as tips and advice for making the
experience a positive one for everyone.

Every child remembers their first show, whether it’s a pantomime, musical, ballet, opera, you
never forget the first theater production that you see. When it comes to choosing what show to
take your little ones to, it pays to be selective. The last thing that you want is your children
getting bored during the performance as if this is the case they are not only like to misbehave,
but they may also end up being put off from shows for life. With that in mind, it pays to pick a
child-friendly performance that you know they will enjoy. For more information about shows that
are currently touring, take the time to have a browse online. For a child’s first show, it’s best to
stick to a musical adaptation of a children’s film, such as The Lion King or Aladdin, for instance,
or a pantomime.

Tell your children what you expect

Even if you think that your children will behave during the show, it is vital that you take the time
to teach them about theater etiquette. It is important to be clear about what you expect from
them, such as sitting nicely in their seat and being quiet during the performance. If they are
used to watching children’s theater where disruptions are tolerated, it is even more important to
be clear about what is and isn’t acceptable during ‘grown-up’ performances. The last thing you
want is your child screaming at the stage mid-performance, as they would do during a children’s
production. So being clear is crucial.

Explain the plot to them beforehand

Children are naturally inquisitive, so when they have a question, they don’t hesitate to ask it. So
it may be best to explain the plot of the performance to them beforehand so that they don’t have
as many questions. If it is adapted from a book or movie that is age appropriate, then it may be
worth reading the book or watching the movie with them beforehand. To prevent them yelling
out questions during the show, give them a pen and paper and explain that they should write all
questions down and you will answer them during the interval.

The chances are that whatever show you take your kids to see, they will love it. The excitement
of the theater is magnetic; it makes every performance feel magical, especially for children,
making it the ideal family activity.

This post was written by Bill Clark. Bill is a freelance journalist who specialises in writing about culture and the arts, however will write about anything that piques his interest including business, travel and lifestyle.  He can be reached on Twitter @BilboClark01.