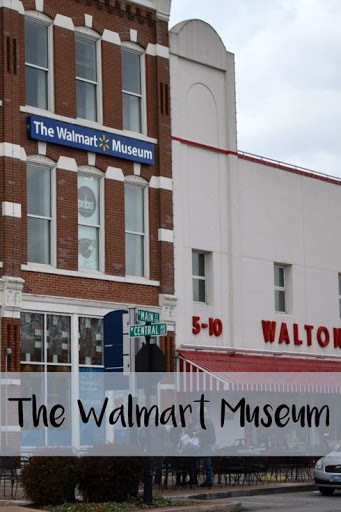 Our next stop in Arkansas after we visited Crystal Bridges was the Walmart Museum. The original Walmart, which was called Walton’s 5 & 10, was opened in Bentonville AR in 1950. This original store is still there and is also the location of the museum. 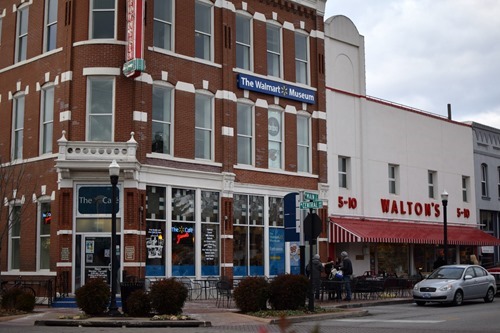 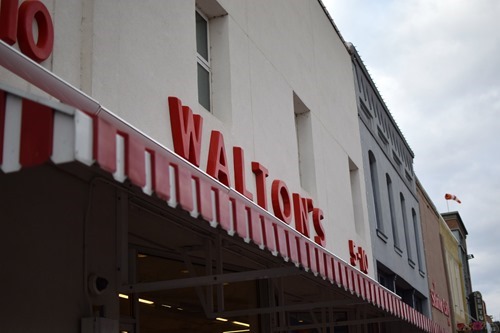 The museum is arranged in order by the decade and there are a few interactive things to keep kids busy throughout. I enjoyed the maps which showed how Walmart began very locally and eventually expanded worldwide. 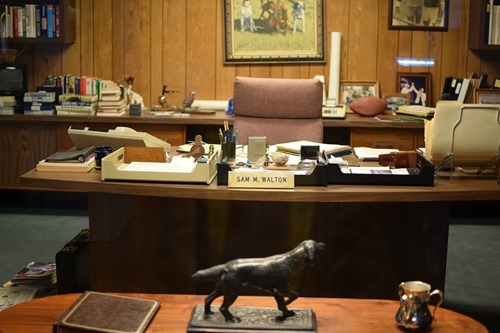 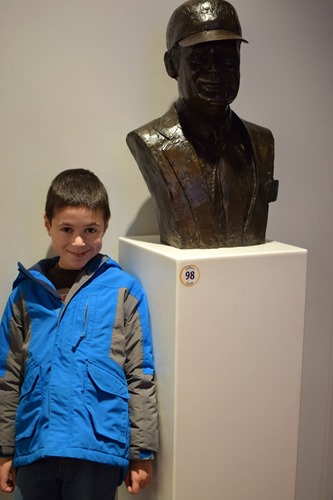 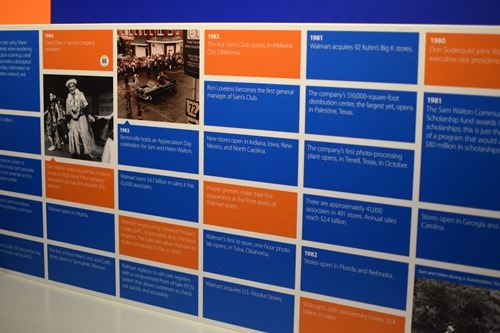 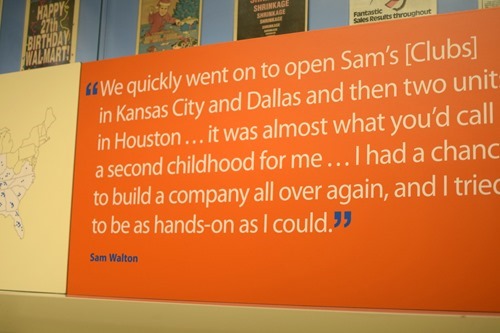 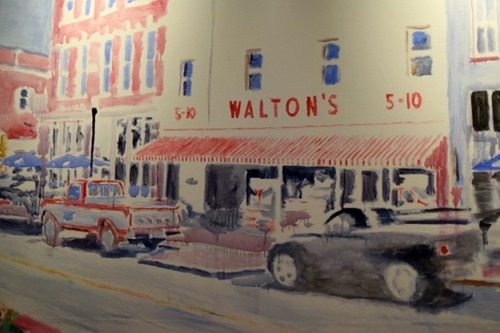 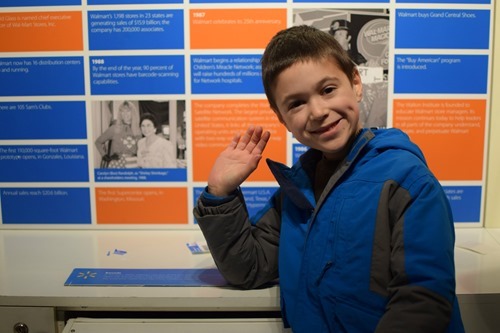 Here you could print out a Walmart name sticker. The kids made their names and then some silly ones like Simon made one that says “I’m #1.” 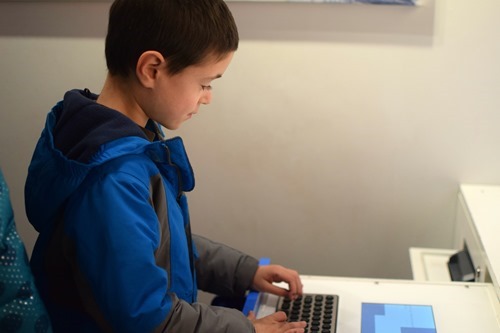 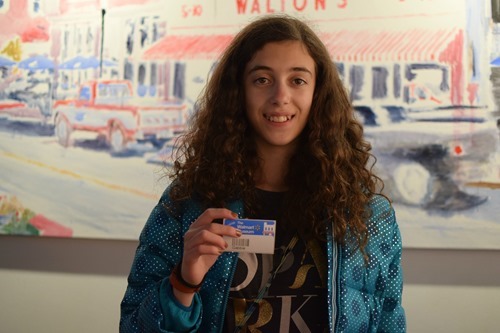 This is apparently the best spot for a selfie in the museum. Zachary was busy sending pictures to his class group text. 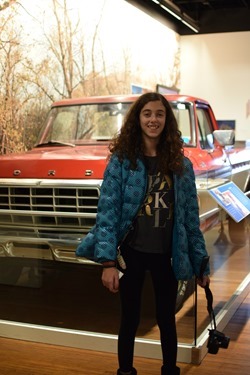 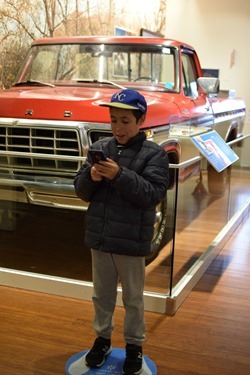 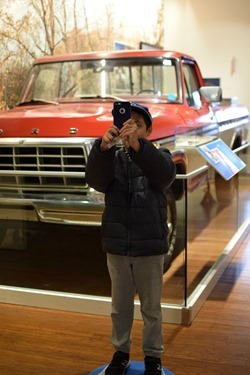 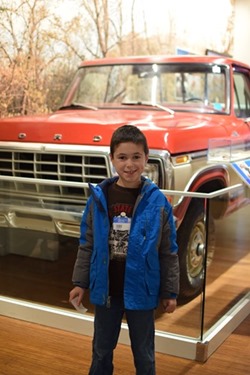 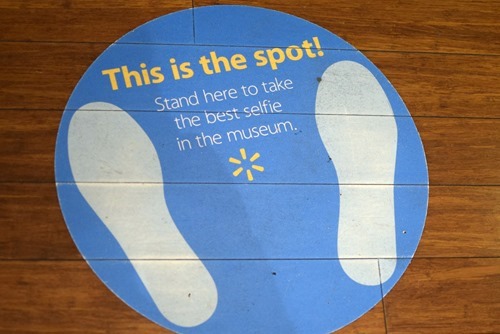 A display of Walmart buttons: 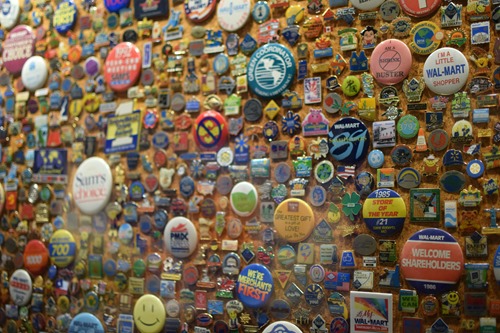 At the end of the museum is a little ice cream parlor. 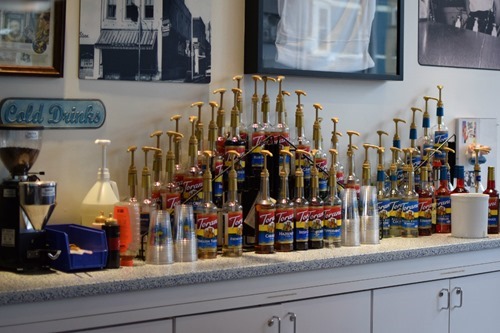 While I wouldn’t say you should visit Bentonville just for the Walmart Museum, it is worth a stop if you are in town already!