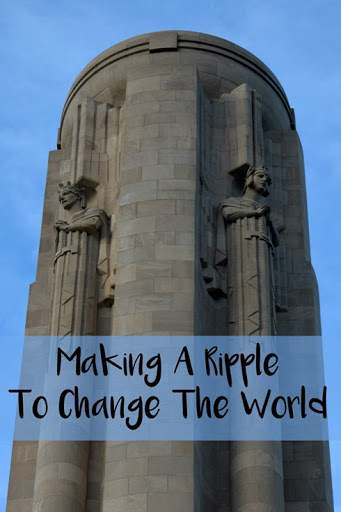 According to the Gun Violence Archive, there have been 317 mass shootings this year. Today is the 317th day this year.

On April 14, 2014, there was a shooting at our local Jewish Community Center. At the time, Gabbie was attending a party for her dance class. She was not in the same part of the building where the shooter shot and killed a man and his grandson, but there was a lock down and it was scary for her and her friends.

There were 3 people killed that day – the two at the JCC and another at Village Shalom – and the shooter was a white supremacist who was trying to kill Jewish people. The victims and their families were not Jewish, but instead of being angry at the Jewish community that their family members were killed, the families started a movement to work towards overcoming senseless acts of hatred. Each year, there are events hosted for seven days, in order to unite people young and old, embrace diversity, and make a ripple to change the world.

Each year, there is a walk held in memory of the victims to unite the community, and we have taken part in the walk each year. But the walk is only the conclusion of the seven days of events meant to overcome evil with kindness. Each day is represented by a themed button, and these buttons are designed by middle and high school students who submit original artwork for each of the themes – love, discover, others, connect, you, go, onward, and an overall theme for the week. Gabbie entered the competition and her art was chosen to represent the “Discover” theme. 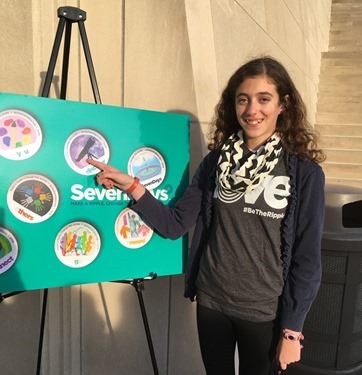 Last week, we attended the organization’s press conference where the new button designs were shared and the events for the 2018 SevenDays were revealed. 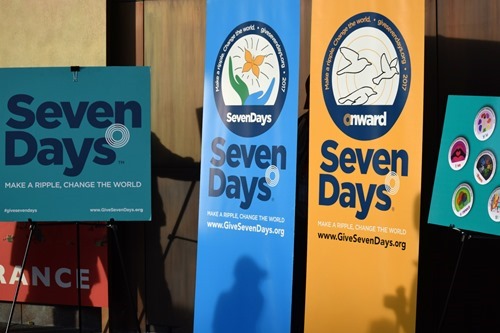 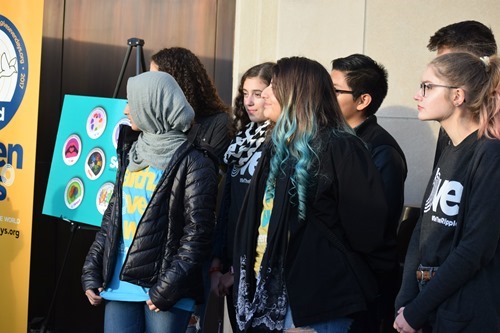 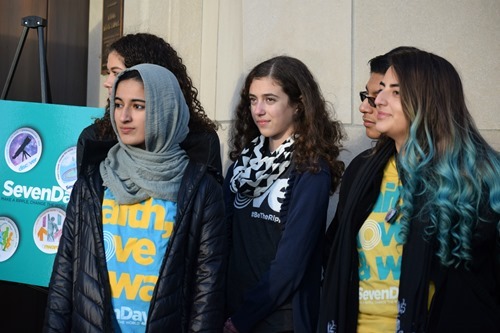 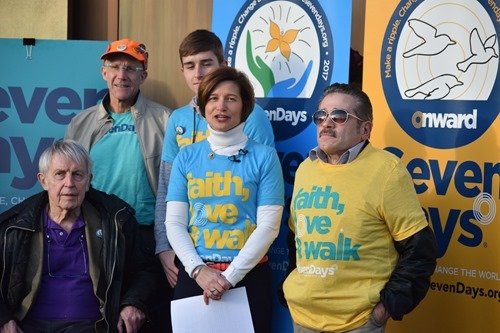 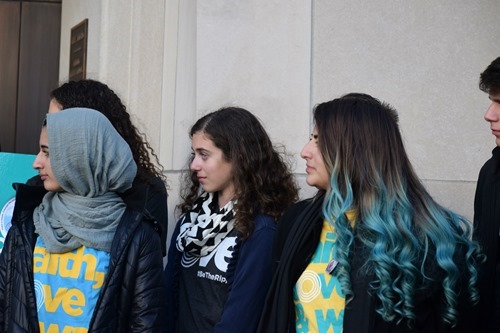 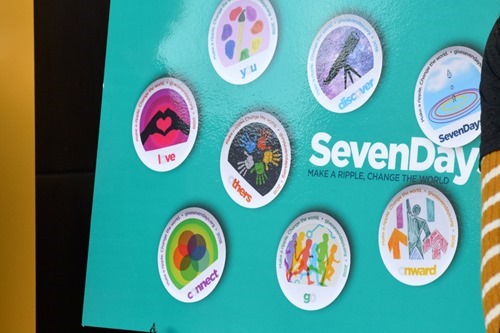 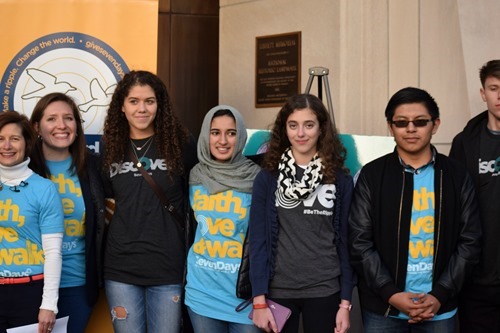 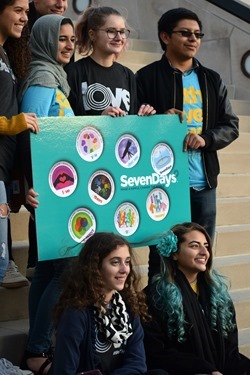 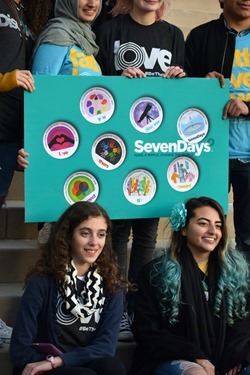 Gabbie didn’t speak at this event, but she will be interviewed on her own later this year!

The press conference was held at the World War I Memorial and I took some photos of the area too! 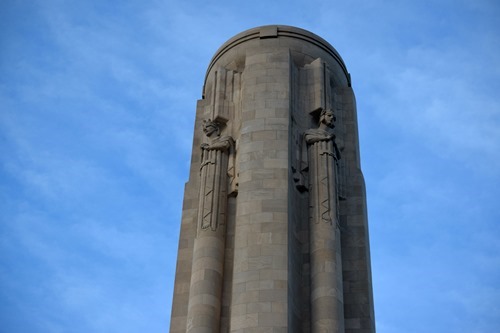 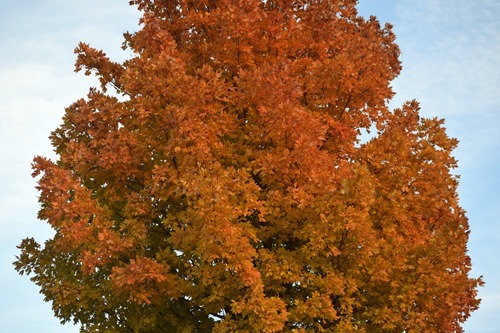 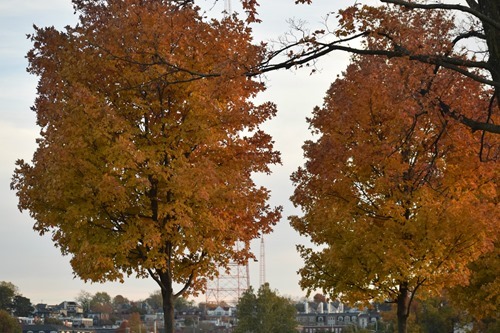 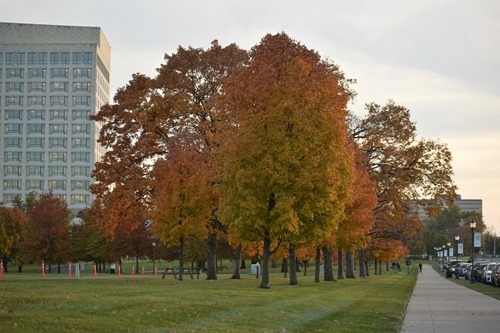 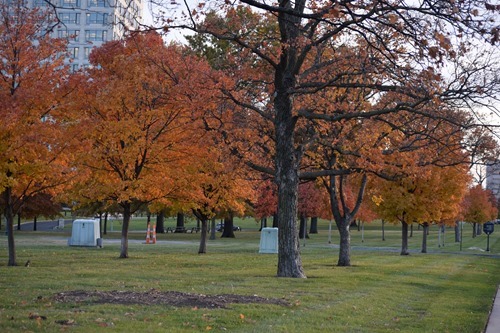 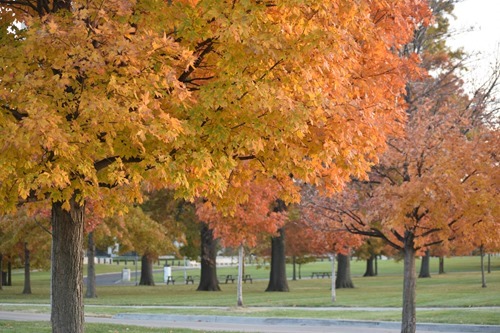 The walk will also be held in the same area, but by then it will be spring!

We are so proud of Gabbie for taking part in this important week of kindness. By participating in the Give Seven Days activities, we hope to make a ripple and change the world.