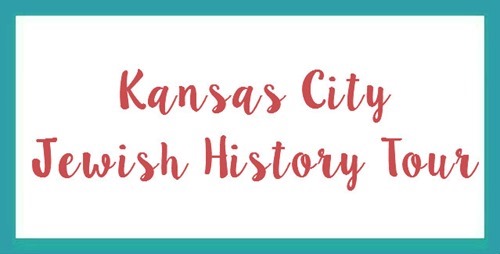 When we first moved to Kansas, many of our friends had a common question for us – “There are Jewish people in Kansas?” As it turns out, the answer is yes, and in fact Kansas City has a Jewish population since as far back is 1839. Last weekend, we attended a tour of some of the old locations of the Jewish community buildings in Kansas City, MO. 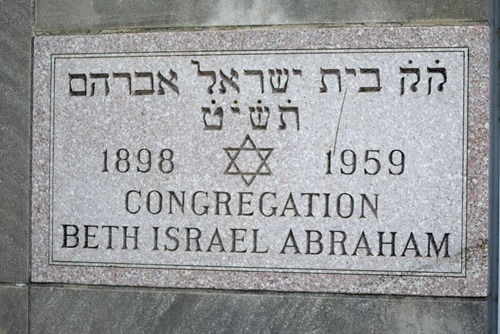 At the Voliner Anshei Sefard, an outline of a mezuzah can be seen on the doorpost, although not much else indicates that the building was ever a synagogue, at least from the outside. 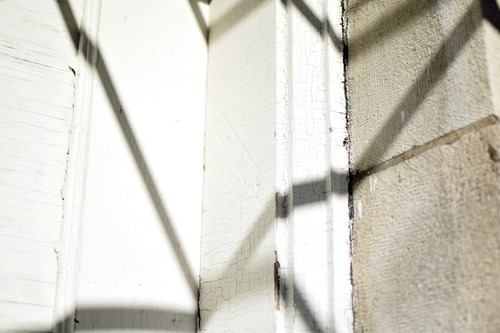 However, the site we were all the most impressed with was the former location of Congregation Beth Shalom, which is now a church, but which still maintains its Moorish inspired domes and arches as well as Jewish and Hebrew symbols from when it was built in 1927. 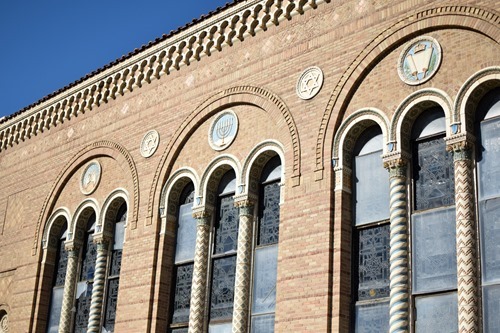 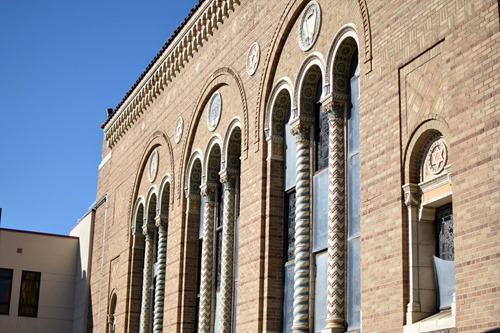 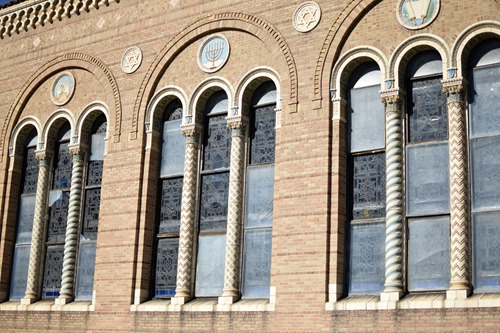 This article indicates that the stained glass is carefully preserved, and I wish we had asked to see the sanctuary from the inside! 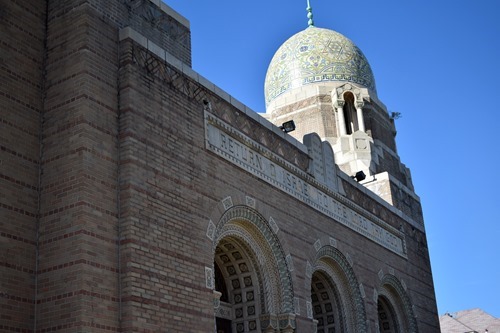 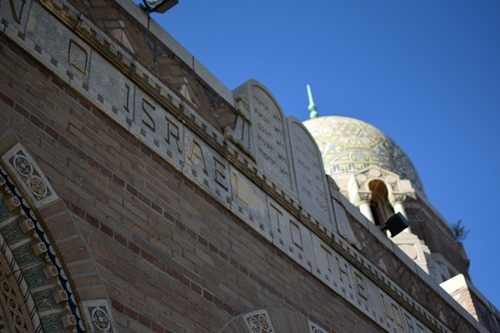 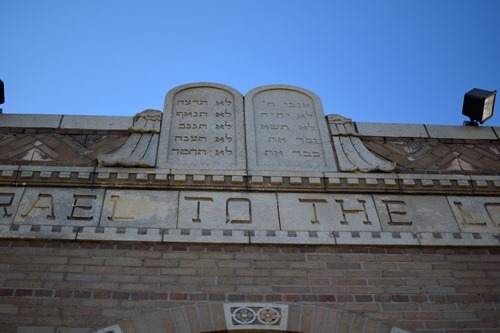 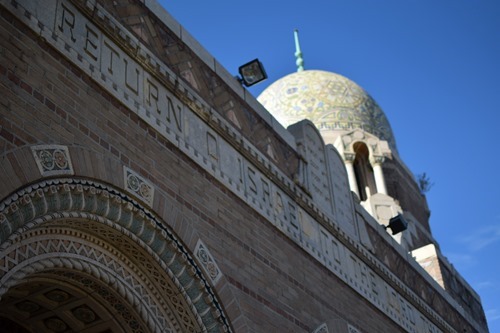 I am really glad we got to see the outside of this building, as it is a beauty!