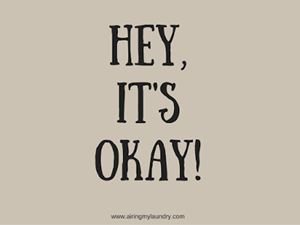 …that I basically missed the whole Superbowl because of other plans.

…that I’m trying to do the 21 Day Fix right now, but when I go out places that have food, it’s hard to avoid eating!

…that Gabbie and I started a mother-daughter learning program that focuses on Jewish women in history. For our first class we discussed Rebecca from the Torah.

…that on Sunday we went to the outlet mall and got both boys new sneakers.

…that there won’t be a decluttering recap post this week but that doesn’t mean I’m not still working on it!

…that I ran out of one of the colors on my temperature blanket which I thought I had more of and the company no longer carries it. So I am backtracking in order to change out that color.

…that I signed up for a network called Dealspotr even though I’m not really sure what it does yet – it’s used for sharing deals. If you’re interested, please join with my referral link!

…that I follow Kerry Washington on Twitter and she suggested her followers paint their nails a certain color from her OPI collection and tweet them to her. I did so and she retweeted mine. Then, because someone out there got jealous, I was told that my manicure didn’t look finished, my hands were wrinkly, and I’m a hag!