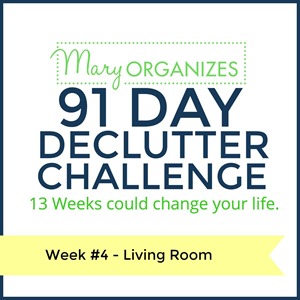 Last week was Week 4 of the 91 Day Declutter Challenge focusing on the living room. It’s hard to believe I’ve been doing this for a whole month already! I feel like it’s coming along, and as we speak, I’ve moved on to Week 5 in the master bedroom. I am enjoying sharing my progress here and I do apologize that the days that I share each week are not consistent – I’m kind of fitting these posts in wherever they work!

While in the past I’d say the living room was pretty much full of toys, I didn’t find it to be that way last week. I think a lot of the toys have migrated to the basement, where they need to be taken care of! I am still trying to figure out exactly what the kids still play with!

Most of this week’s work was on the book shelves. 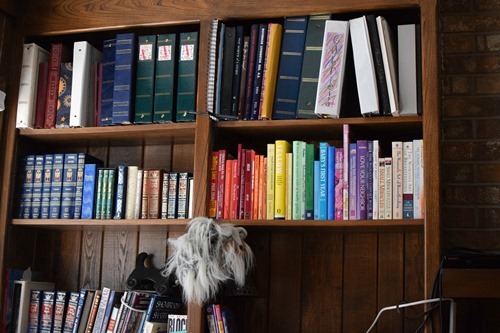 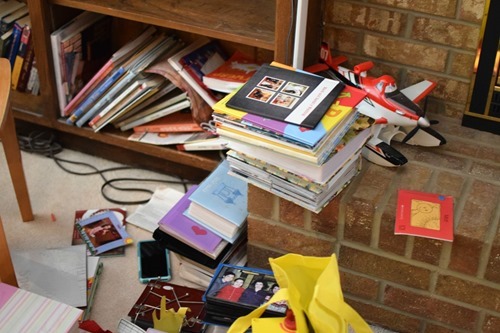 (The things on the floor were previously on the shelf, but this was taken in progress!) 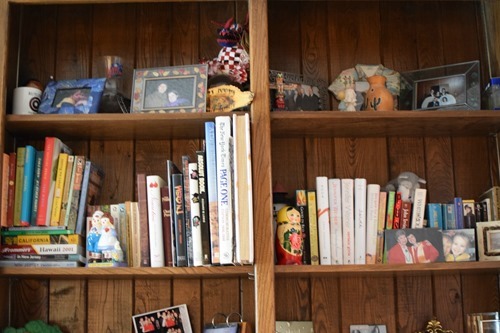 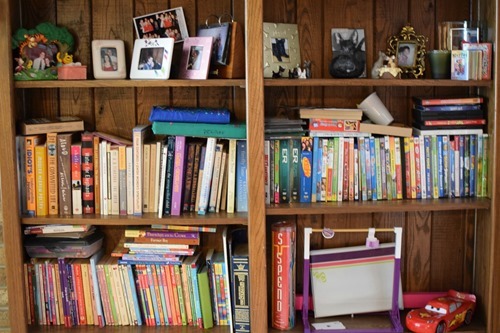 I only got rid of a few things, but I did a bunch of rearranging so things fit better. I also decided to get rid of all of the smaller falling apart photo albums by condensing them into uniform and bigger albums. 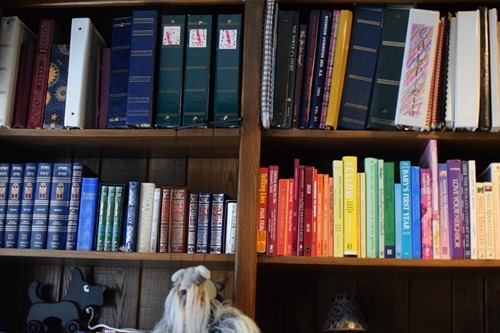 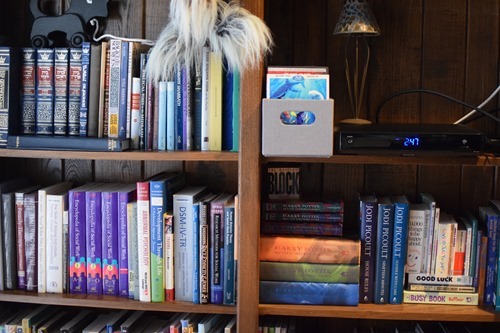 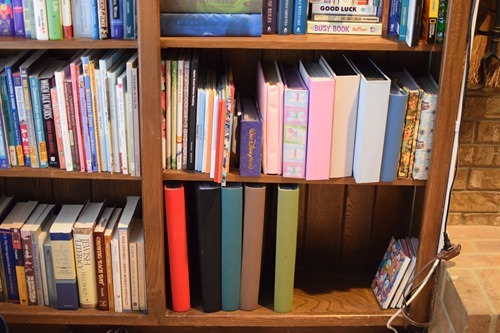 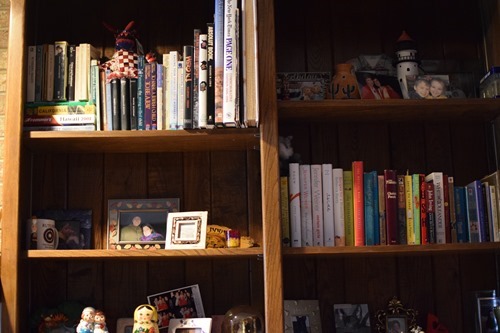 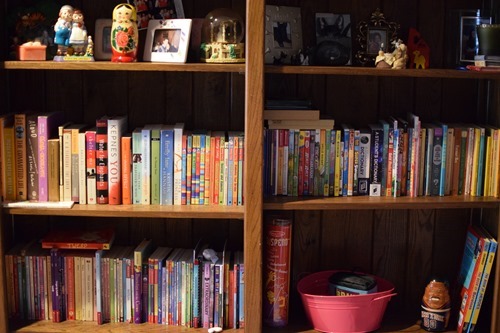 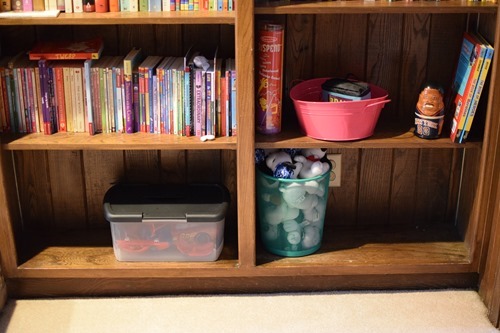 Somewhat hard to tell the differences, but to me it looks better! 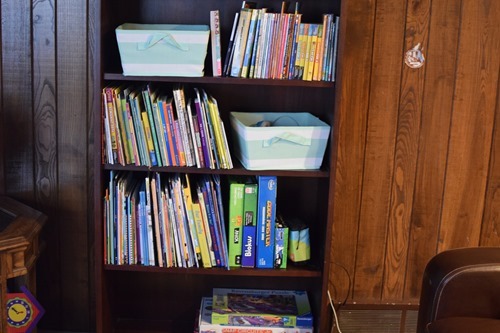 This is an after picture with no before picture of our other book shelf. The baskets have cords and such inside! 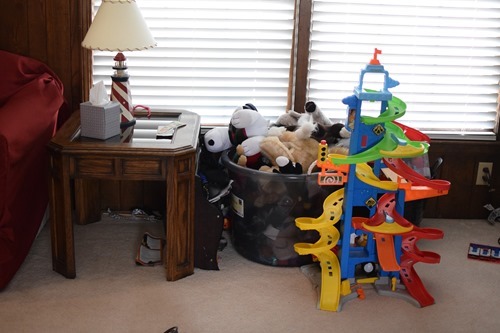 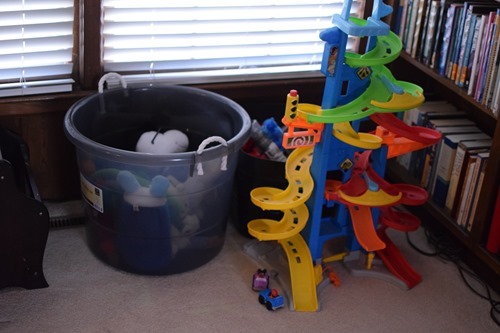 A bunch of toys, before and after. I’ve since moved the bin of stuffed animals to the basement and the Little People car toy is going away eventually. 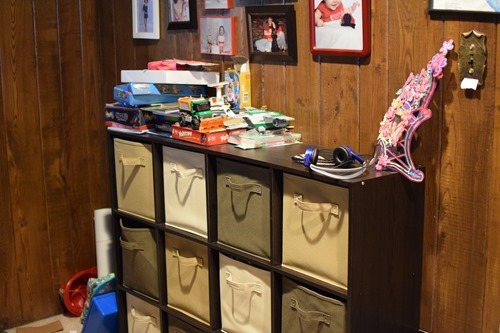 In the back of the living room is this toy organization system that was overflowing and not very useful. It now has some empty drawers! 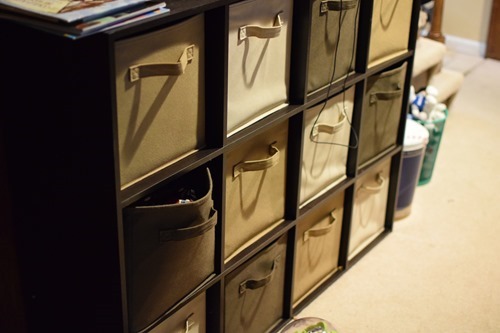 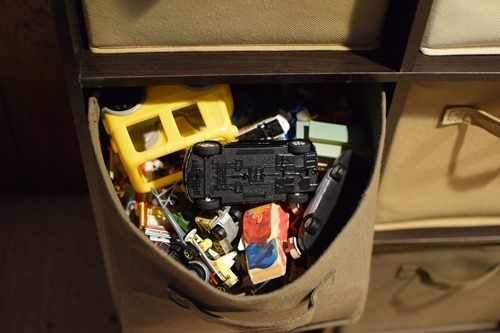 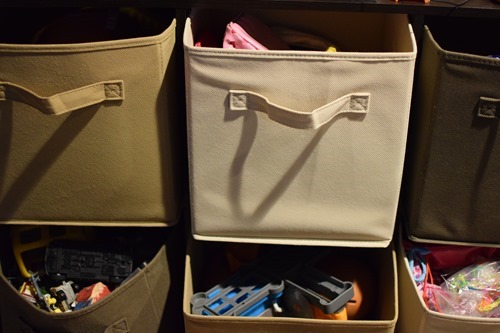 Previous to reorganizing and removing, the one bulging drawer was full of cars. I got rid of most of the cheap cars the boys weren’t using, and divided the rest up somewhat. I removed all of our Duplo Legos and Mr. Potato Head toys. 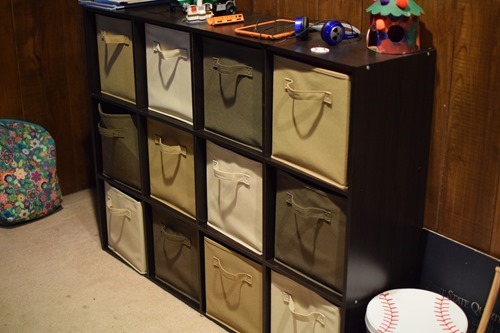 Each kid also has their own drawer for keeping things that are specifically theirs. The mess is also gone from the top.

Even though my husband feels like the living room is still too full, I feel good about it. That concludes Week 4 of the challenge! Next time, I will share my progress in my bedroom. Have you been decluttering? Are you still going steady?