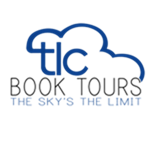 When I was offered a chance to read Two From Isaac’s House, I was excited to read that part of the story takes place in Israel. To my disappointment, it takes awhile for the characters to get to Israel! However, I found myself enjoying the setting of the book even up until that point.

“From author Normandie Fischer comes a new romantic suspense that takes the reader from the hills of Italy to the Jordanian desert and from there to an Israel on the brink of war with Hamas. Rina Lynne has never traveled far from Morehead City, North Carolina. So when she inherits her father’s secret stash, she’s ready to kick up her heels and go adventuring before she settles down to marry her long-time fiancé. First stop, Italy. Enter Tony (aka Anton), an engineering geek conned into helping his Israeli cousins as a sort-of spy. From the moment he meets Rina, he’s distracted, which is not a good idea when there’s already been murder and theft. And from the moment Rina meets Tony, she’s fascinated, which is also not a good idea. He’s an Arab-American, and she’s half-Jewish. And engaged. And then there are all those bodies dropping around them, each linked to the gathering storm in the Middle East.”

Rina proved to be a brave woman who had never traveled and was engaged to a man she knew her whole life, but when she came into a sum of money, she takes off on her own to see the world. Caught up in a web of killers and terrorists, Rina finds herself developing feelings for Tony, a man who is definitely not her fiancé.  Tony is in quite deeply with a group who has him spying as a double agent and eventually he is forcibly taken from Italy without Rina knowing. Coincidentally, they both end up in Israel, and after a series of close misses, they find each other again. Together, they are even stronger than they each are on their own, and the conclusion to the story is quite suspenseful.