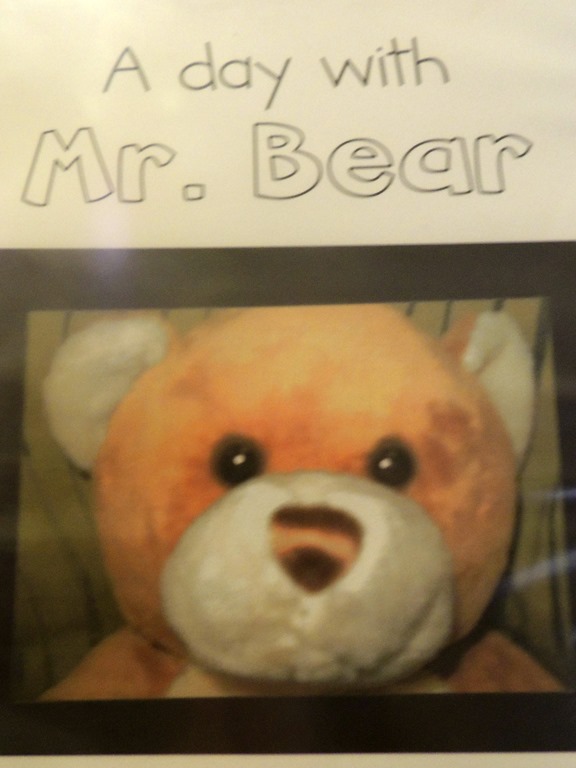 Five years ago, when Gabbie was in kindergarten, she brought home Mr. Bear. Three years ago, when Zachary was in kindergarten, he too brought home Mr. Bear. And this weekend, it was Simon’s turn! Each year, the kindergartners get to take turns bringing Mr. Bear home, spending time with him, and using their new writing skills to write about their day together. It is so cute and the kids get so excited for their turn! Because Mr. Bear was here for the weekend, Simon had a lot of time with him. He wasn’t able to write about all of the things that he did with Mr. Bear! 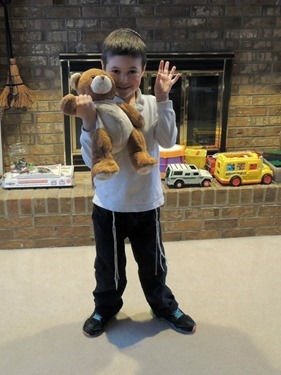 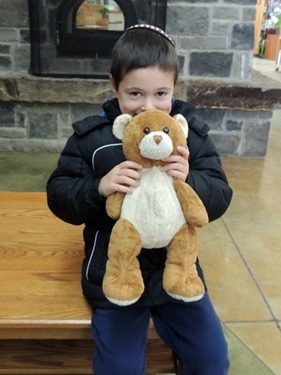 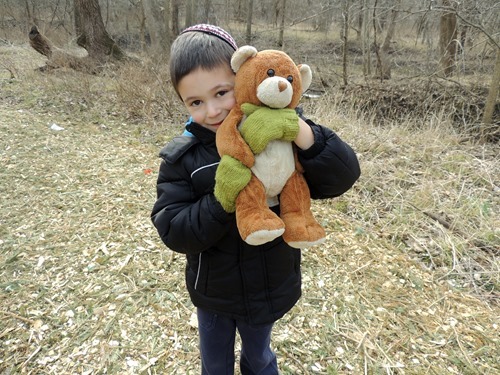 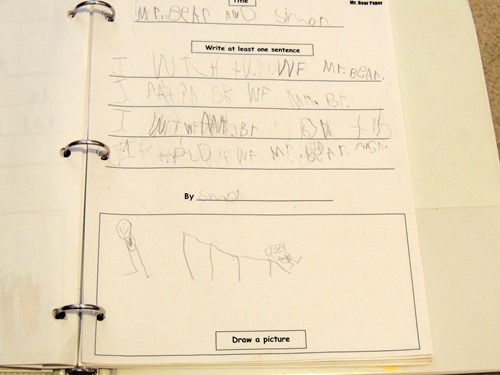 Just because I love to compare, here is Gabbie’s Mr. Bear project: 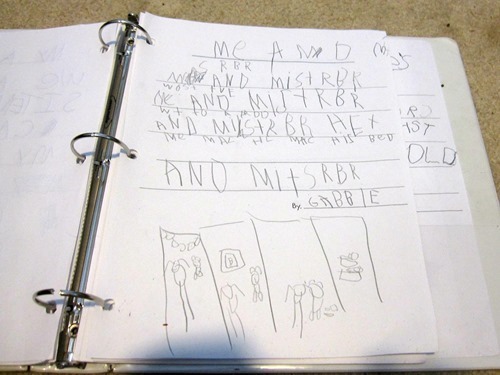 And here is Zachary’s: 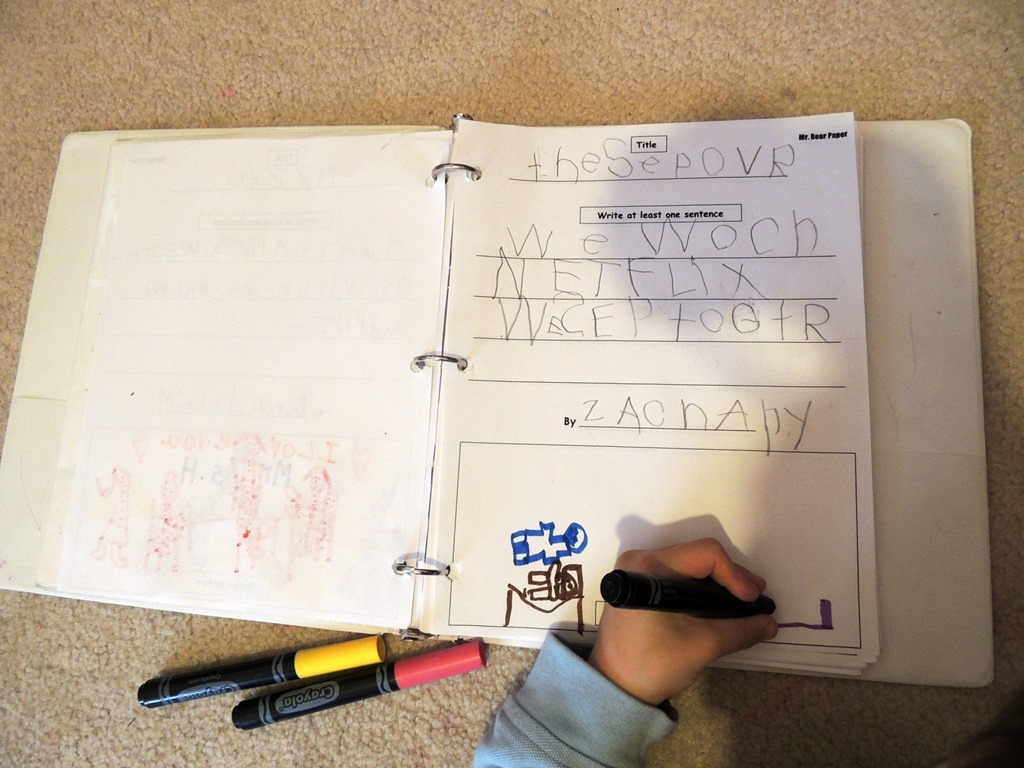 “The Sleepover. We watched Netflix. We slept together.”

I am happy to see that Simon’s writing is similar to Gabbie’s at the same age!