…that out of 55 items I put into the consignment sale, I only sold 22. I seem to do better in the spring sale for some reason!

…that I got to hang out with a friend that I used to work with 10 years ago and it was so much fun!

…that I was actually in Arizona to see my grandmother, who is having some health issues (she is also 94 years old!).

…that Gabbie is running for lower school secretary!

…that I have a new obsession – decorating my planner with stickers. It is so much more fun to look at it now! 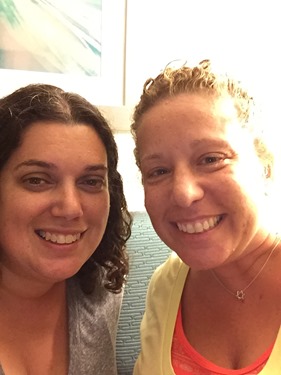 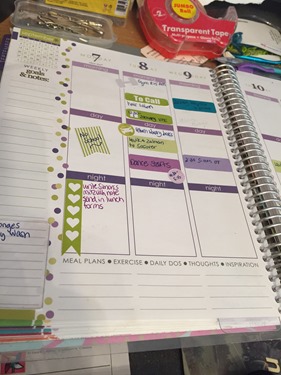 …to encourage you to check out Amy Daws’ newest book!

London Bound, Book #3 in the London Lovers Series is on sale for the first time ever! London Bound CAN be read as a standalone and is a great way to dive in and get hooked!

When Leslie Lincoln, a spunky, red-headed American, suffers an awkward moment with an arousingly-sexy British man—she thinks her life can’t get any more pathetic.

She’s done with men. She doesn’t need them. She especially doesn’t need their muscular thighs. No siree, she’s going to forget all about the brooding, complicated, and seductive “Theo” who captivated her on the dance floor of a London nightclub.

Keep telling yourself that, Lez…..

Immersing herself into a new type of romantic cleanse, Leslie thinks she’ll never lay eyes on Theo again. But somehow, he’s managed to bulldoze his way back in—her cheetah-print onesie pajamas be damned.

He wants more. She wants to run. But he can’t seem to let her go.

Both of them have a past—and neither want to share. How can love possibly survive in darkness?

“A must read, hilarious and heart warming: I can definitely see myself rereading it multiple times. I read London Bound without reading the others in the series and had no problem with keeping up with the story line or characters, so no fear it can be read as a stand alone.” ★★★★★

“This book had everything I needed, wanted, and craved, a 5 star read. It’s has a sexy alpha male who says it as it is, who made my lady parts tingle. A heroine unlike no other – Leslie is unique, loyal, funny and completely cray cray. Frank, the gay best friend and self confessed pervert whose antics had me snorting in laughter. It has a story that took me from laughing out loud, to jaw dropping shock, to feeling of desperation and an ending that had me sobbing into my kindle.” ★★★★★

“This fantastically written book has every possible emotion squeezed in there. There is some proper laugh out loud, holding you sides hilarious moments as well as some ‘I need a whole box of tissues and a bottle of wine’ moments.” ★★★★★