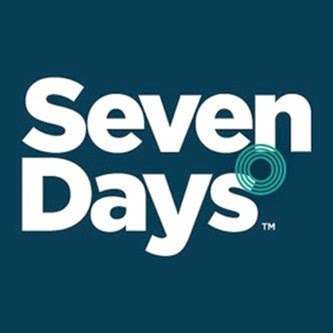 A year ago, on April 13, 2014, there was a shooting here in Kansas City. The shooter shot and killed two people at the Jewish Community Center, and an additional person at Village Shalom, a senior living facility. At the time of the shootings, Gabbie was at a dance event at the JCC. We had a panicked few minutes of hearing about the shooting and not knowing if Gabbie was safe, and while her dance teacher was quick to inform us that they were all fine, Gabbie was still traumatized by the event and having to be in a lock down situation. Two of the victims were relatives of one of Dave’s co-workers (his father and his nephew) and his family along with the family of the other victim arranged events to mark the week of the anniversary, encouraging the community to overcome acts of hate through embracing diversity and turning ripples of kindness into waves of faith and love. The Seven Days event concluded on the one year anniversary with a 3.4 mile walk in order to unite as a community and move onward sharing faith, love, and kindness. There were about 3000 people at the event. 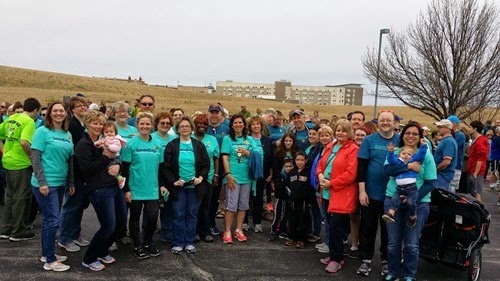 The group (including us) from Dave’s office.

The walk started with some music in the parking lot at the JCC, here is Simon dancing! 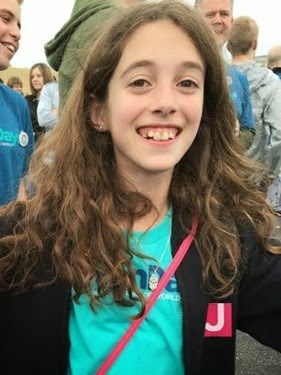 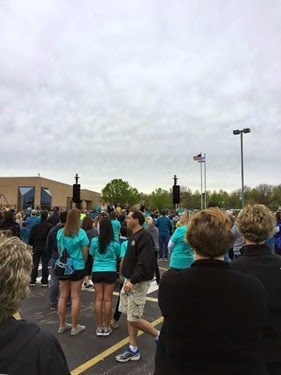 Gabbie was dancing too. The right side picture is the mayor speaking, but you can’t see him! 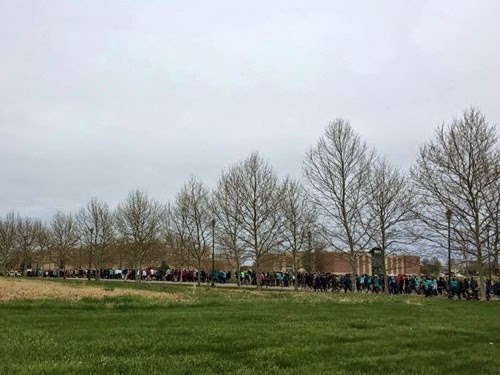 At the start of the walk. 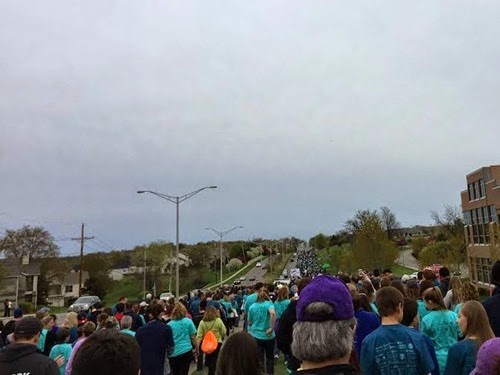 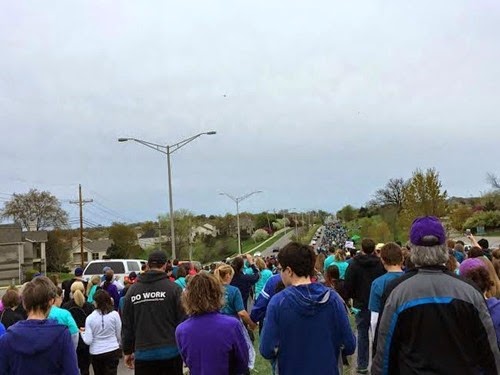 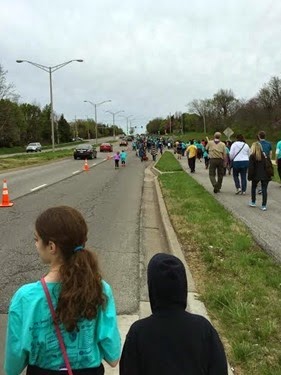 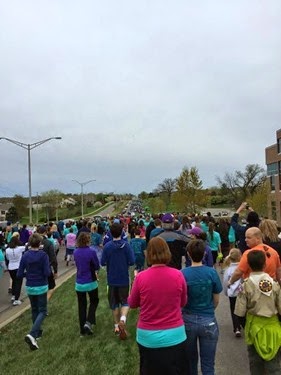 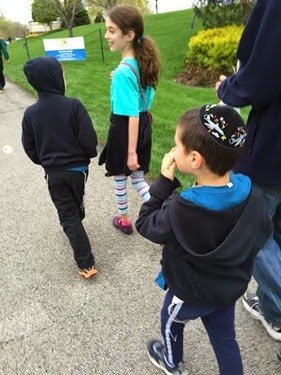 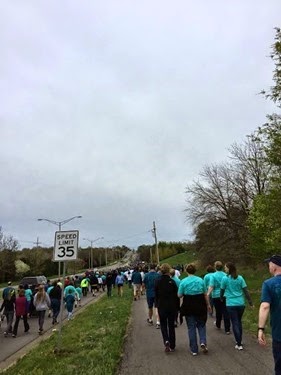 My kids didn’t complain about walking so far and Simon kept us entertained with a story about an upside down car! Hopefully, now when they remember the events of last year, they will also remember the community coming together to embrace diversity and overcome hate.