When the cast did their table read for Season 4 Episode 4 of Scandal, their tweets afterwards indicated that the episode was crazy. After watching it, I would have to agree.

Originally titled “The Bleep,” the name of the episode was changed to “Like Father, Like Daughter,” in reference to the fact that Karen Grant was filmed in a compromising position with two guys – and her father, the president, was also once featured on a sex tape (Season 1, Episode 6). What was not mentioned was the fact that Olivia Pope was also recorded having sex (with Jake) and Karen caught her mother in her own compromising position with Andrew Nichols (Season 2, Episode 15)! All of these people have been so many awful situations, and being that Karen is a young teen, it is really not a surprise that she is acting out in the way she did in this episode.

While Karen’s situation was the main focal point of the episode and the reason that Olivia was at the White House, much to Mellie’s consternation, the actual shocking story came at the very end. From the beginning of the episode, Jake was trying to tell Olivia that her father, not her mother, killed the president’s son. And now Jake’s own life was at risk – he even noted a bomb under his car and walked in the other direction. Olivia, being distracted by the situation at the White House, didn’t listen to Jake when he told her he needed to talk to her. Jake took his proof of Papa Pope’s involvement straight to Fitz, but unfortunately, he was too late. By then, Fitz had realized that when Olivia left for two months, she’d left with Jake, and he found out that Tom was involved in his son’s death. So when Jake arrived, Fitz was on his way out to attend Tom’s interrogation and had no time or desire to listen to Jake.

Stupidly, Fitz finds himself trusting Papa Pope, and when Tom is about to disclose that Papa Pope gave him the order to kill Fitz’s son, Papa Pope himself walks into the room and takes over the interrogation. Tom turns around and pins the whole thing on Jake. Now Jake is screwed because not only does Fitz believe he gave the order to kill his son, he also knows that Jake went with Olivia when she left him (and by the way, when he said he almost died without her, that might be literally true, due to his suicide attempt). What a mess!

I don’t even like Jake and I’m literally scared for him. Next week’s episode is part two of this week’s episode, titled “The Key.” And although my two loyal blog commenters don’t even watch the show, I’m going to continue to post my recaps because they make me happy.

The below contains affiliate links and if you make a purchase I will receive compensation. 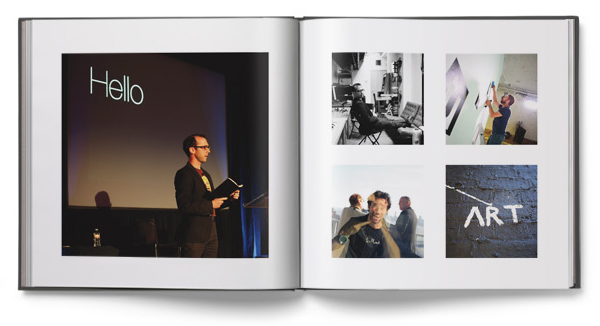 Your photo galleries are sublime. You’ve spent hours sorting and editing your shots into individual masterpieces, and are ready to take the next step—publishing them into a printed collection of your art. Before you jump online and start pouring your pictures onto the blank pages of a photo book, take a look at this video from Blurb. In this video, learn graphic design secrets to create a clean, high quality photo book—such as how to avoid falling into the “gutter.” Blurb will help you turn your photography into the magnum opus that graces your coffee table, as opposed to just another book of pictures.