Okay guys. I watched the Scandal Season Premiere and I cried. It wasn’t quite what I was hoping for and I imagine some of you know why I say that. I just really wanted Olivia to ditch Jake but it hasn’t happened yet. And there were so many sad parts that I found hard to watch. Some being the obvious – Harrison’s funeral and Fitz and Mellie visiting their son’s grave. The abandonment of Olivia Pope and Associates. The fact that Fitz tried to kill himself after Jerry died. 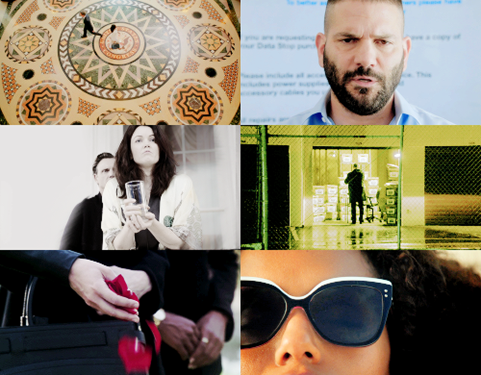 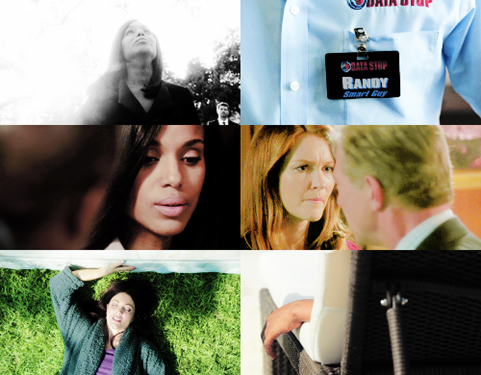 Aside for finding out where Olivia went at the end of Season 3 (somewhere off the coast of Zanzibar…), I was also curious what the title of this episode meant. As it turns out, the names in the title were code names or nicknames for the characters Huck, Abby, Quinn, and Olivia. Nothing too ground breaking there!

As a fan of Fitz and Olivia as a couple, seeing Olivia and Jake all lovey and happy was difficult. One thing that stood out for me was Olivia talking to a female senator who was claiming that a male senator tried to sexually assault her. She said that if this attempt had actually taken place, there was no way the senator would forget the details. She said “…when a man grabs you, puts his hands on you, you do not forget it. You remember ever single detail. Every touch.” Well, what about when Jake choked Olivia towards the end of Season 3? And now she’s with him for real? This doesn’t make me want to continue watching the show, really.

The last scene in the episode showed Fitz and Olivia passing each other and reacting to each other as if no one else was around them. The voiceover heard was as follows: “Deep down, no matter what face we present to the world, no matter what pain we’re hiding, no matter what struggle we’ve been through, we know our worth. We know what we’re capable of. We know who we are, who we’ll always be. And we have a choice. We can hide in the shadows or we can stand in the light.”

What does this even mean? I don’t know guys. I feel like my show is ruined.