Today I have a guest post written by my father-in-law. He recently spent time in Israel for my nephew’s Bar Mitzvah and was there during the current situation. Here are his experiences, in his own words.

My wife and I recently spent time in Israel to celebrate our grandson’s Bar Mitzvah. We departed for Israel on June 24. It was a wonderful flight and we were met at the airport by our son-in-law. We were so happy to arrive in Yad Binyamin, where our daughter, son-in-law, and four grandsons live.

We had quite a schedule planned for us during our visit to Israel. We arrived on the morning of June 25 and already that very same evening we had a wedding to attend. We got back to my daughter’s house at 1 AM that night. My wife and I had much work to do planning for our grandson’s Bar Mitzvah. There were candy bags to stuff, printed sheets to collate and staple, and a lot of shopping to do. In between all of these activities, my wife and I enjoyed visiting the towns of Modi’in, Ashdod, Gedera, Beit Shemesh, Natanya, Tel Aviv, Haifa, and Jerusalem. 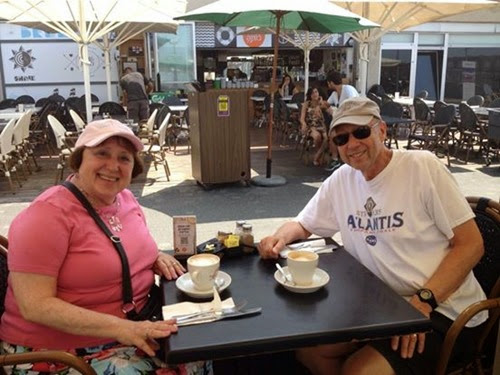 During our first week in Israel, everyone in Israel as well as in other countries were praying for three kidnapped boys – Gilad Shaar, Eyal Yifrach, and Naftali Frenkel – in hopes that they would be found unharmed. On June 30, the news broke that these three boys had been murdered. It was a very sad day. They were buried the following day in Modi’in.

Despite the fact that it was a sad time in Israel, we had a happy occasion to prepare for. My son-in-law was born in Israel and has a lot of family in Israel and my wife has a lot of cousins here as well. My daughter, son-in-law, and their youngest son were flying in from New Jersey, and my son who lives in Kansas decided to come to Israel as well. Both my son and daughter and her family would arrive on July 8.

On July 7, the first of many sirens to come sounded in Yad Binyamin. When a siren sounds, it means that a rocket has been fired towards your location and you have 30-45 seconds to get to a shelter. My wife and I first visited Israel in 1977. All of the times we had visited since then, we had never had an experience like this. We were even in Israel in December of 1990, right during President Bush’s ultimatum to Saddam Hussein and just before the scud missiles started falling in Israel. Even then, having left before the missiles began to fall, was not like this. On July 8, I went to the airport to meet my son and daughter. My wife and my daughter who lives in Israel also came and we had a family reunion right there in the airport. 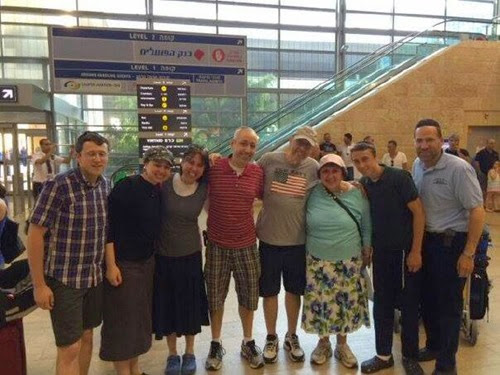 My daughter and son-in-law from New Jersey were staying in Jerusalem, so they left, while we headed to our cars. After putting my son’s luggage in the car, he got in and I started to back out of the parking space to proceed to the airport exit. Just then, the sirens began to sound. I did not know what we were supposed to do or where the shelter was. I then saw my daughter’s car, which she and my wife were getting out of. She told us all to get down on the ground against the wall away from the cars. Just then, we heard a very loud boom. The Iron Dome had intercepted the missile.

The Iron Dome is controlled by a central computer system. The computer knows when a rocket has been launched and it sounds the sirens in the area where the missile is headed. If the computer determines that the rocket is headed for any empty field, it lets it strike. Otherwise, the Iron Dome is launched and intercepts the missile. The Iron Dome has a ninety percent success rate. Many people in Israel have an iPhone app called Red-Alert-Israel. And alarm goes off every time a rocket is launched from Gaza, giving the location the rocket is headed. Since the start of these attacks, a missile is fired somewhere into Israel every six minutes.

Even with all of this happening, we still had a beautiful celebration for my grandson’s Bar Mitzvah. He read from the Torah at the Kotel (Western Wall) on Thursday, July 10. My oldest grandson serves in the Israeli Defense Force, but was able to be at his brother’s Bar Mitzvah as well. That night, we had to say goodbye to him, as my son-in-law was to drive him to a field base near Gaza. This was very difficult for all of us. 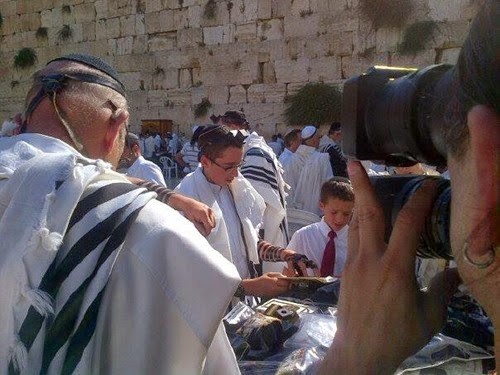 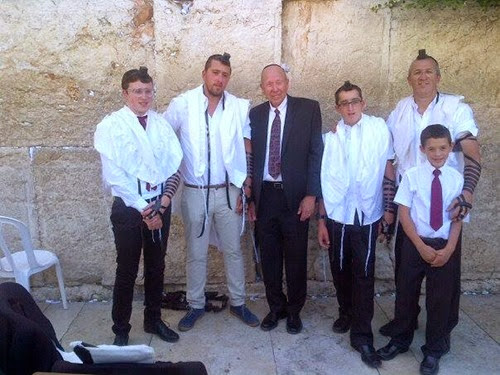 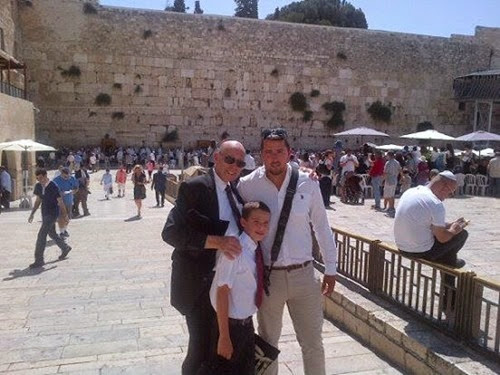 We had to go to the shelter many times during the rest of our trip. On Monday July 21st we left Israel. We were about to board our flight and were at the gate. The agent had just scanned our boarding passes and we were proceeding to enter the jet way, pulling our carry-on bags, when we heard screaming telling us to run to the shelter, to leave our luggage and run. Everyone started running to a shelter and just then we heard the boom of the Iron Dome. After that excitement, our flight departed, flying east and north before heading west, rather than flying over the sea as it would have normally.

My wife and I were actually glad we had the opportunity to be in Israel during this time and to be able to stand side by side with our brothers and sisters in Israel, experiencing what they have to go through so many times. I can honestly say that if we were experiencing those events anywhere else in the world, we would be scared out of our minds. We were not scared in Israel because my wife and had faith in Israel to protect us, as well as faith in God to keep us safe.