My kids, Gabbie especially, are very interested in history. Last year, Gabbie did a report about Egypt. So when she found out that the Discovery of King Tut exhibit was being shown at Union Station, she begged me to take her to see it.

“The Discovery of King Tut recreates the awe and marvel of the moment of discovery—enter an overwhelming treasure trove, discover new worlds and new wonders, learn about and study the treasures—it’s an experience for all the senses. Using state-of-the-art technology, the exhibition recreates a piece of the fascinating, bygone exotic empire on the Nile.

The tomb and treasures of Tutankhamun have been faithfully reconstructed to scale, giving visitors a realistic impression of the overwhelming opulence of the offerings meant to serve the king on his magical journey into the Underworld. More than 1,000 replicas of the most important finds have been reconstructed by master Egyptian craftsmen using traditional techniques, and can be admired at the exhibition.

State-of-the-art multimedia technology provides exhibit goers information and a vivid illustration of the culture and spiritual world of the ancient Egyptians—their cult of the dead, deities, dynasties, and mysterious hieroglyphic script. Of course, the focus of the exhibition lies on Tutankhamun himself. As part of the experience, every visitor will enjoy a fully-immersive audio tour, with both child and adult versions available.”

The funny thing is that I have actually been to the Egyptian Museum where the actual treasures of King Tut are exhibited! But I too was interested in seeing this display.

We set out to visit the display on a Wednesday. When we got approximately 5 minutes from our house, Zachary suddenly threw up all over the car! So you can imagine that our plans had to change. Luckily, he recovered and we were able to go to the exhibit the following day!

At the exhibit, you are provided with a hand held device which speaks to you about what you are looking at. Even in the parts with films, you listen to your own device to hear the information. Gabbie and Zachary seemed to enjoy this. I wasn’t so sure myself because I prefer to read things rather than hear them spoken to me! Simon was definitely too young to appreciate the display, but he was cooperative and seemed interested in parts as well.

My favorite part was that after you watch a little movie about Howard Carter, who discovered the tomb, you walk back into the exhibit as if you are entering the tomb yourself. I thought it was interestingly well-done! Here are some photos of what we saw: 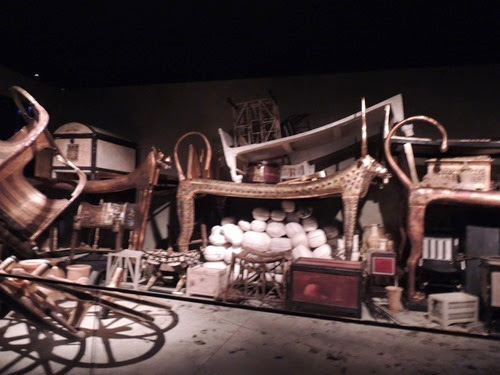 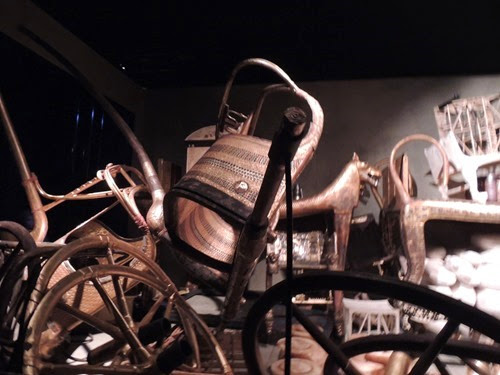 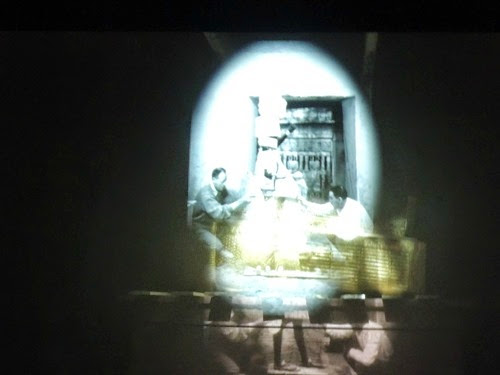 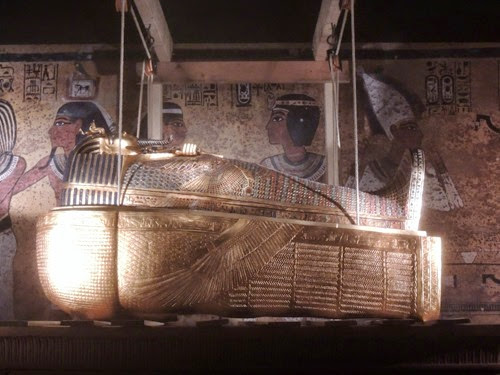 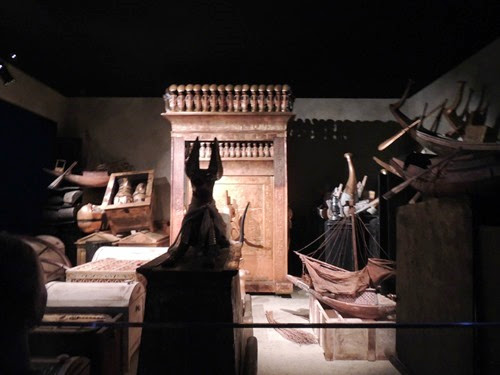 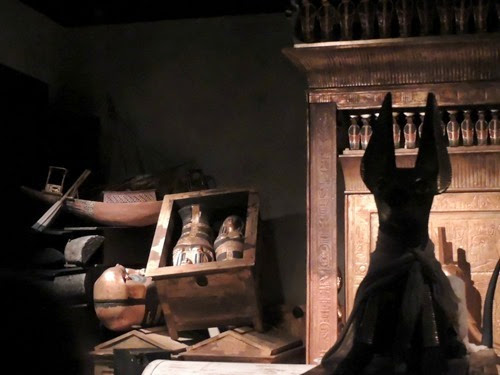 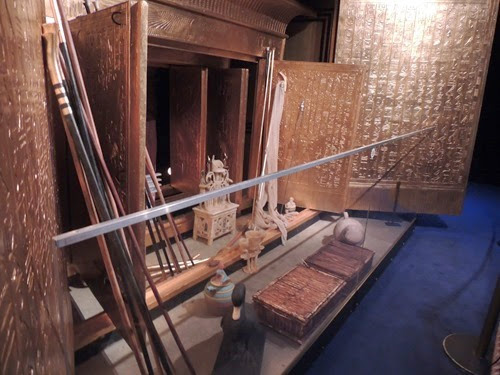 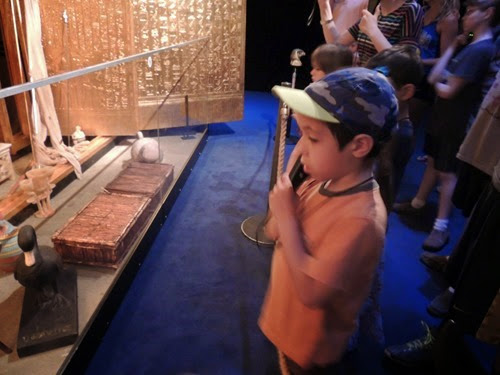 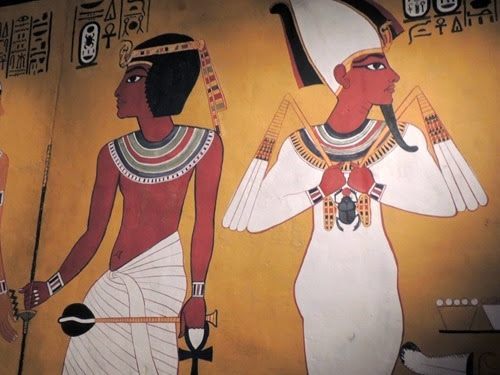 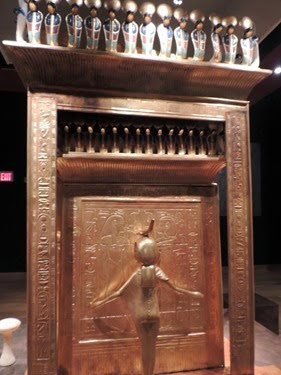 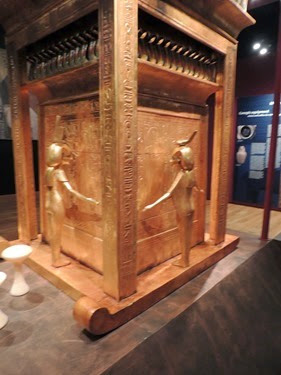 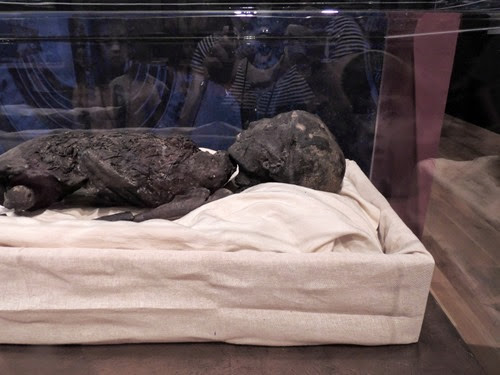 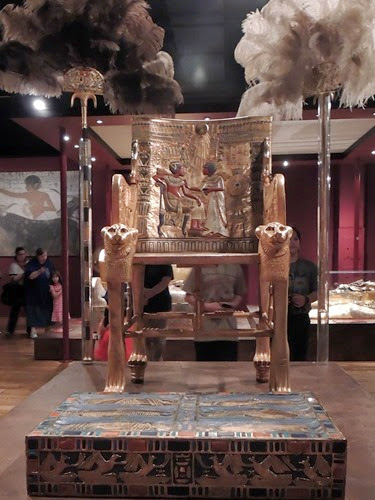 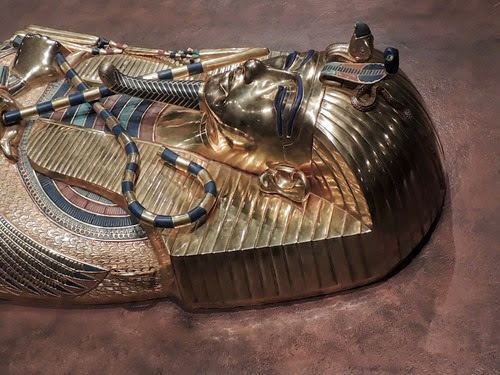 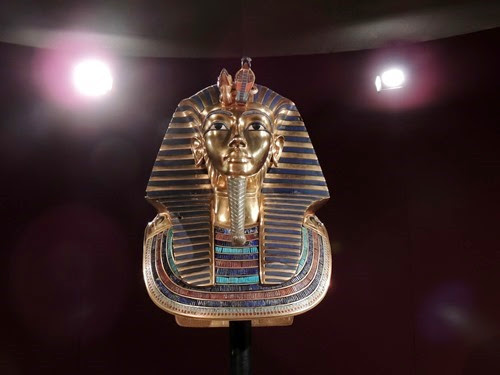 I would definitely recommend this exhibit for adults and older kids who are interested in history!