This past weekend, the Legoland Discovery Center had a Lego Friends weekend celebration, and in honor of Friends Weekend, we were invited to an exclusive pajama party at Legoland last Thursday night! Because only a small amount of families were invited to attend, we had the run of the place and really enjoyed experiencing Legoland with no lines and no crowd.

The first exhibit is the Lego Factory Tour – where you can pretend to press your own Legos and learn how many Lego bricks tall you are. The last time I was at Legoland, this room was a bit crowded. This time the kids enjoyed the room to themselves! 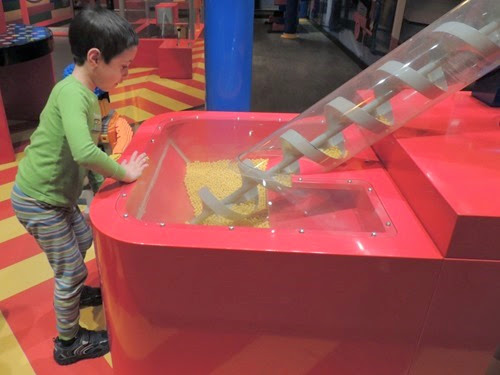 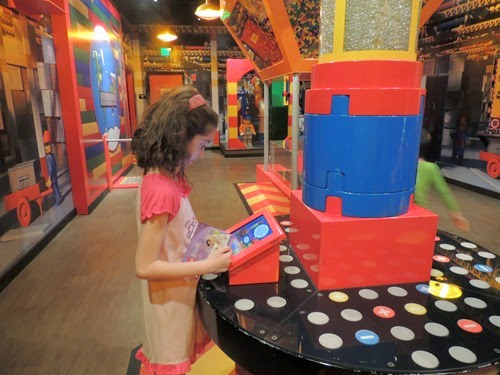 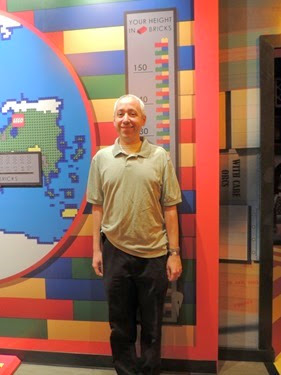 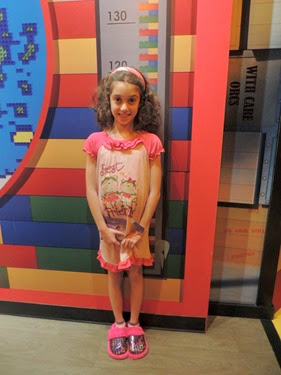 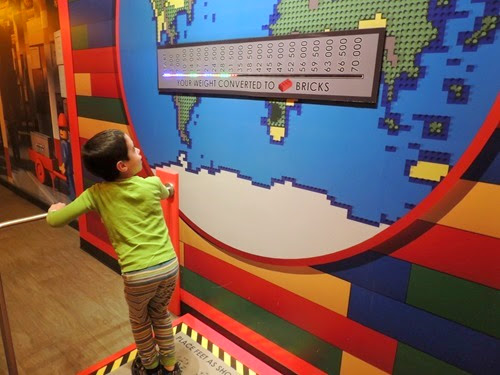 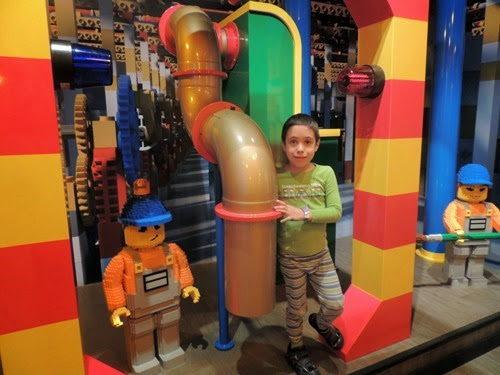 Next up is the Kingdom Quest Laser Ride in which you zoom around while shooting at trolls and spiders, helping to free the princess. Zachary loves this ride, but Gabbie does not. She waited along side the ride for us. Simon did go on the ride, but he seemed quite scared of it! 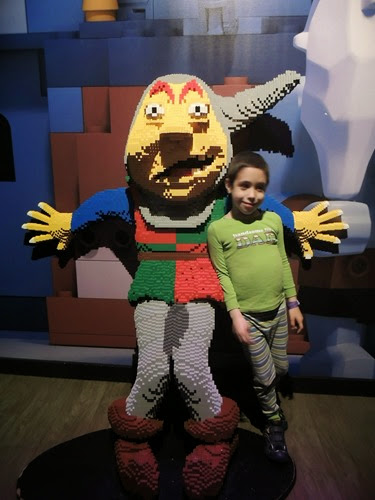 My favorite section of Legoland is Miniland – where Kansas City’s many landmarks are recreated from Lego Bricks. There are buttons which control the various scenes, creating noises or movement, and the whole city goes dark every so often for “night time.” There is also a Wizard of Oz display, complete with a tornado for Dorothy’s house and a melting Wicked Witch. We also got to participate in a special Lego Friends Scavenger hunt, using clues to find the various Lego friends within the displays. 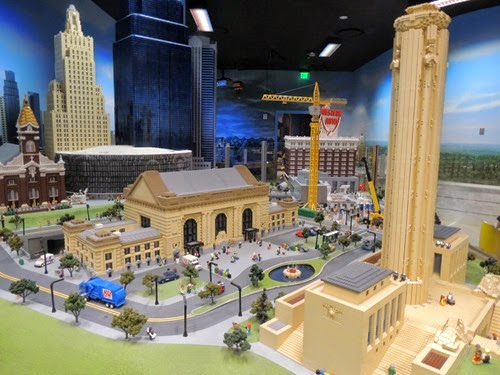 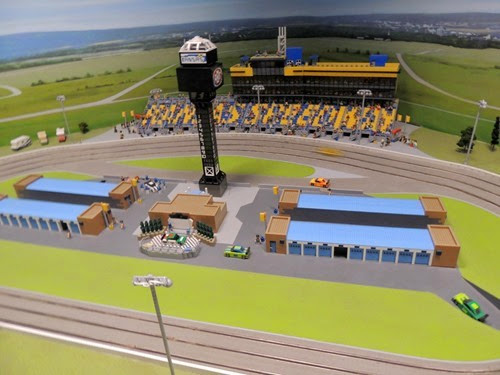 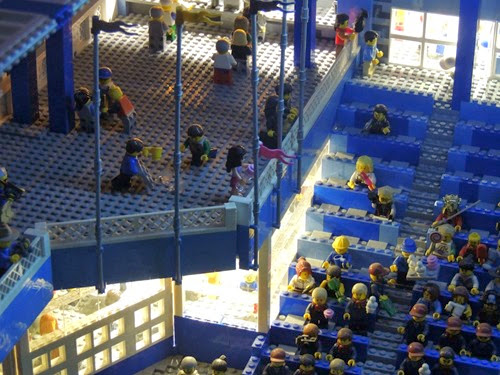 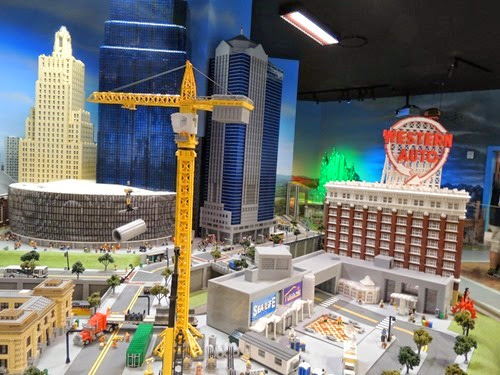 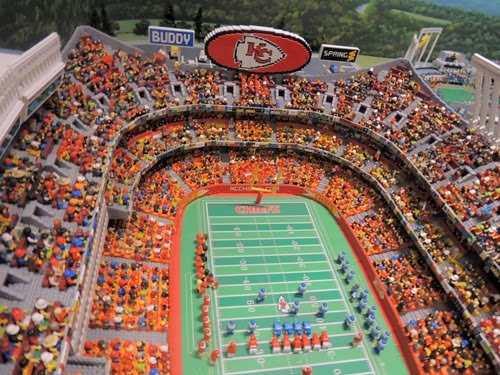 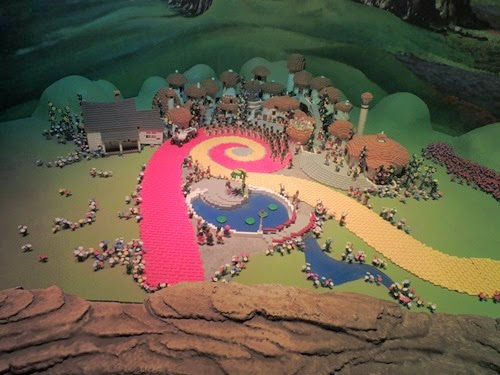 After Miniland comes the main area of the Discovery Center, which is made up of the Duplo Village, the Lego Racers build and test zone for Lego cars, Earthquake tables where you can build towers of Legos and create earthquakes to test their strength, a large Lego Friends area, and the Lego City Play Zone. There is also another ride called Merlin’s Apprentice, which is a ride that moves around in a circle and can go up and down when you peddle your bike, and a 4D Lego Movie, plus the Lego Café. My kids love the Lego City Play Zone the most and spent most of their time playing hide and seek inside. 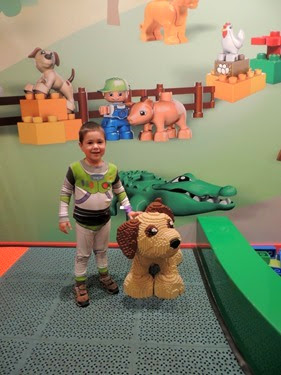 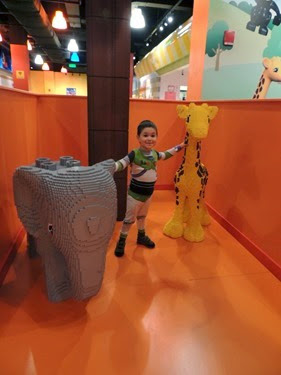 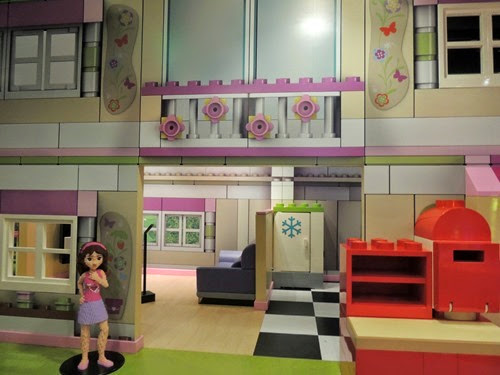 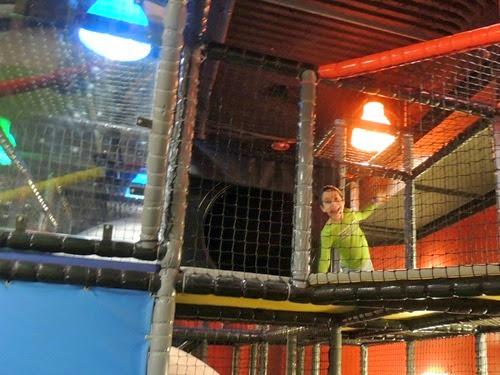 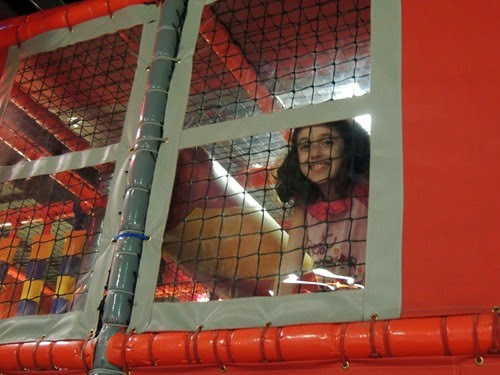 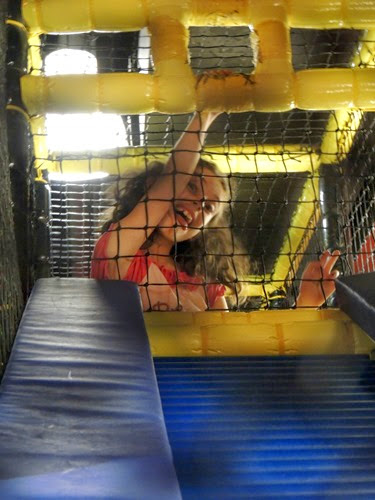 We were also able to participate in a Master Builder Academy Workshop, where we were instructed on building a flower stand and learned more about Legos, such as their identifying names! 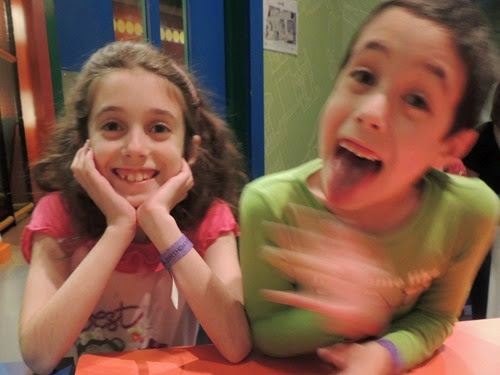 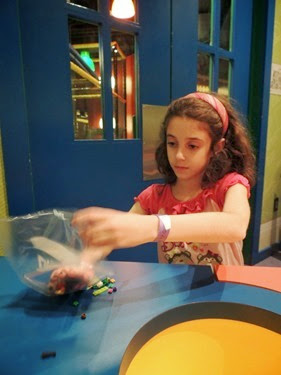 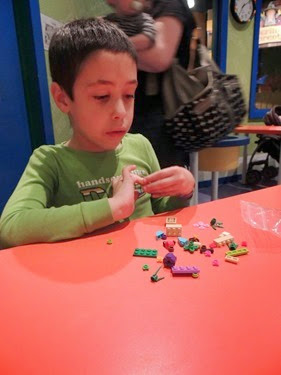 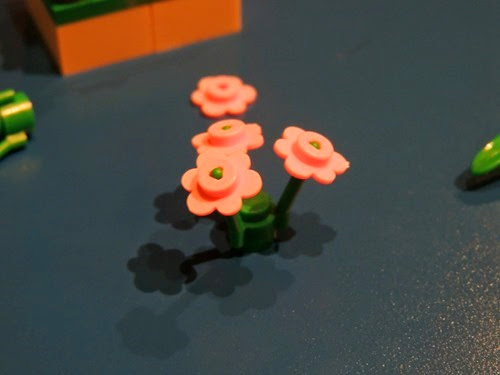 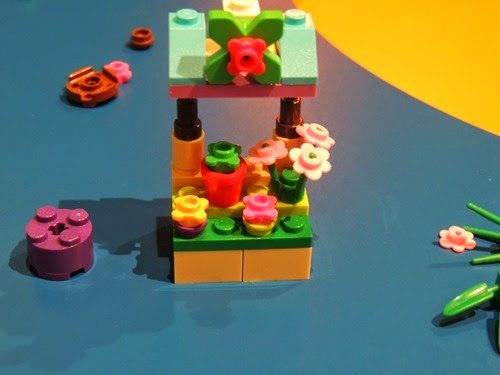 As you can see, we had a lot of fun, and we’re planning to go back to the Legoland Discovery Center over spring break next week! If you’re in Kansas City, check out this coupon:

Explore LEGOLAND Discovery Center Kansas City, the ultimate indoor playground for kids who are the biggest fans of LEGO! LEGOLAND Discovery Center Kansas City is one of Kansas City’s best attractions for kids! Reach out and touch the stars in our 4D cinema, build the fastest car in LEGO Racers: Build & Test, zap the bad guys in Kingdom Quest Laser Ride, or have the ultimate LEGO birthday party. Plan your family visit and jump into the biggest box of LEGO bricks!

We received free admission to this event. We also received  free admission tickets in exchange for our review of Legoland Discovery Center. No other compensation was received and all thoughts and opinions are my own.