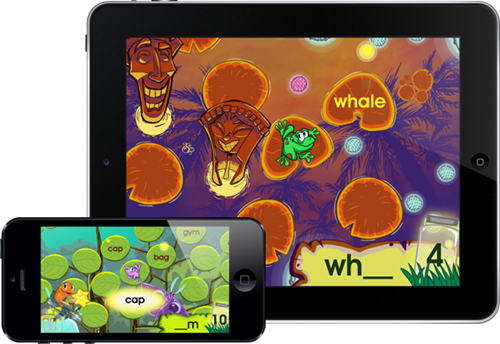 A few weeks back I told you about the fun app called Tic-Tac Bananas from Evanced Games. Zachary was also asked to test out another game called Froggy Phonics.

“Based on the popular, award-winning Edupress™ board game, the Froggy Phonics app allows children to practice their phonetics skills with some hopping good fun! Froggy Phonics inspires kids in grades K-2 (ages 4-8) to associate letters and letter groups with their sounds through the fun character, Froggy.

The object of the game is for Froggy to gulp down as many fireflies as he can to earn more rewards for the Fascinating Firefly Festival. Froggy leaps from level to level on lily pads and uses simple phonics patterns to gulp down fireflies. When Froggy finds words to match the correct given letters, a voice sounds out the word, so children are able to hear its pronunciation. There are nine levels and nearly 900 different words for Froggy to discover.

Hopping through a natural outdoor setting made with appealing graphics and a playful soundtrack, Froggy is accompanied by his friends (fish, turtles, alligators, owls, butterflies and tiki statues) to ensure he is never alone. With no time limit and never losing points for incorrect answers, children are enthralled by this parent and teacher-approved app. Froggy Phonics is available for $4.99 on iPhone and Android devices.” 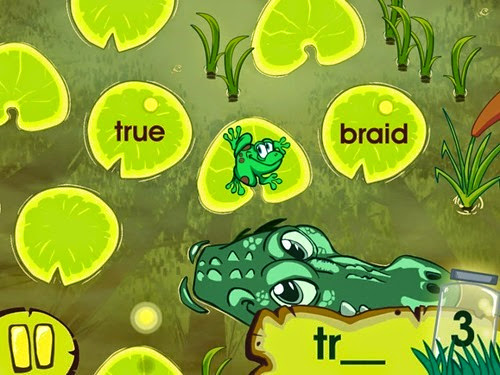 As you can see, at the bottom of the screen, children are given a letter or pair of letters. They must make the frog hop to the words with this same sound, gaining points as they get the correct answer. If there is no match on the screen, the frog can hop to any open lily pad, which will cause the screen to move and reveal more words. Zachary seemed to enjoy this activity. However, he did not play long enough to reach sounds that are not the first letter sounds – I think he is able to identify sounds in other parts of the word, such as ending sounds, but I would love to see him continue on and practice matching sounds in the middle of the word and even vowel sounds, which he does have trouble with when practicing reading. 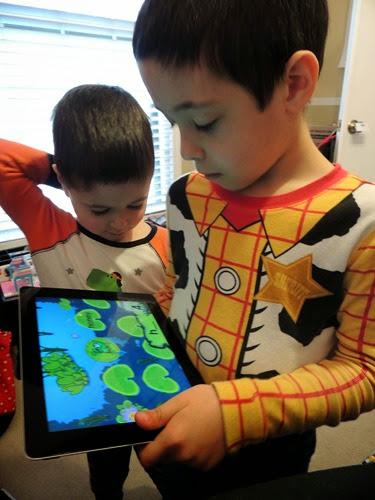 Download Froggy Phonics at the iTunes Store, from Google Play, or on the Amazon Appstore.

I received this app for free in exchange for my review. No other compensation was provided.