Part of the traditional observance of the Jewish Sabbath is to make a blessing over and to eat challah bread. Normally I buy my challah from one of the local supermarkets. I have, in the past, baked my own challah with varying results. My blog friend Dawn introduced me to the company Tribes-A-Dozen, who had contacted her in order to review their product. I was so excited when they agreed to let me try it as well!

Here’s what they had to say:

Tribes-A-Dozen manufactures a unique kosher (OU) line of three Voilà! Hallah Egg Bread Mixes – Simply Spelt, Traditional, and Wholey Wheat. Our wholesome, all natural bread mixes bring you back to a kitchen rom long ago. Recreating the warmth. The heavenly aroma. And, the unmistakable taste. We keep it simple so you can bake these traditional breads to share fresh with friends and loved ones, and make every meal special. Hallah made easy, no one will guess it came from a mix because it tastes just like from scratch.  Tribes-A-Dozen is about wholesome, all natural, kosher hallah (or challah bread) – the classic egg bread –  also referred to as barches, brioche, kalács, osterbrot, or, simply, twisted bread. Hallah has deep spiritual meaning in the Jewish faith, but traditional egg bread is enjoyed in many cultures and embraced by Kosher and non-Kosher households alike. Hallah, or egg bread, is perfectly enjoyed on its own, as sandwich bread, or as the ultimate base for French toast or bread pudding.   Tribes-A-Dozen believes in baking the kind of bread your great-grandmother used to make (she of the handed down recipe). Whether you spell it challah bread or hallah bread, you will love this recipe.   You want to bake bread at home for your next Holiday meal with friends and family, for a moveable feast, or maybe just for an easygoing weekend brunch with the kids. But baking traditional bread the old fashioned way can be anything but relaxing. There’s the flour and the kneading and the rising times. With kids in the kitchen. . . things can become a free-for-all. And you’re all about practicality.  Well, so are we.

Tribes-A-Dozen sent me all three of their varieties of Voilà! Hallah Egg Bread Mixes to try. 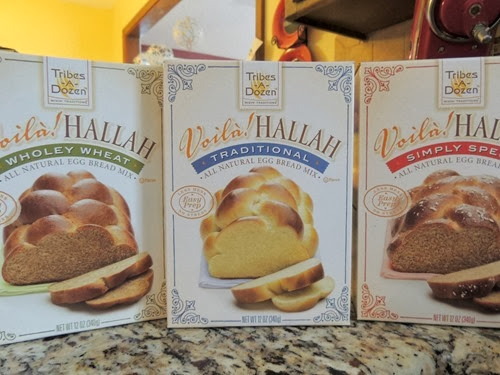 I decided to make the Traditional Egg Bread to start: “The classic egg bread baked at home for generations around the world. This blend of carefully selected premium ingredients bakes into a fragrant Hallah, a nourishment for the soul as much as the body.” 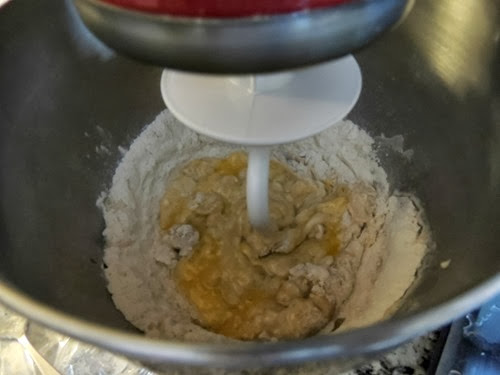 Bread mix and yeast (both included) combined with water, egg, yolk, and oil in the bowl of my mixer. 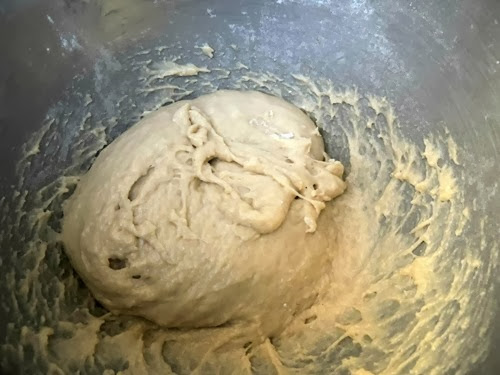 Dough, after mixing for 10 minutes with mixer – smooth, elastic, and a bit sticky. 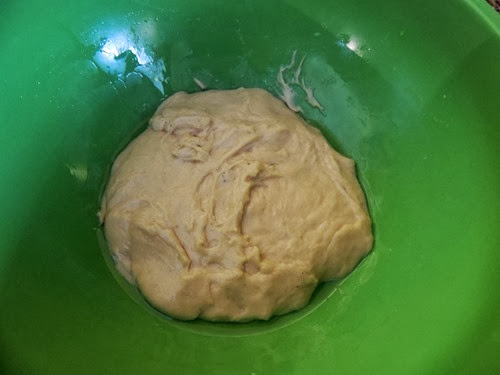 Coated with oil, after rising for 10 minutes. 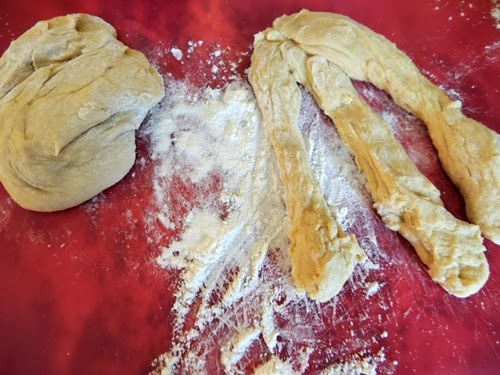 Using flour to reduce the stickiness and preparing to braid. 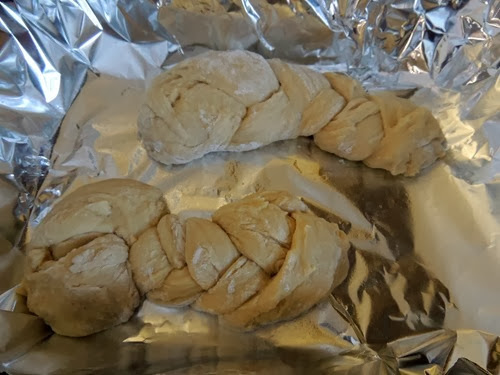 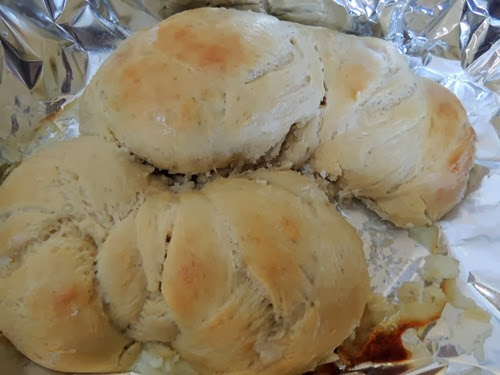 As described, this challah was extremely easy to make and “supports the home-baker in bringing whole, healthful foods to your table, with much less fuss and sweat than your great-grandmother had!” Everyone in my family agreed on the taste as well – yummy! Our only issue was that the mix did not make enough!

Tribes-A-Dozen has been kind enough to offer one of my readers the same pack of products which I received. (U.S. Entrants only, previous winners of Tribes-A-Dozen giveaways are ineligible.) Use the form below to enter. If you want to purchase these mixes, you can use this convenient store locator, or order from Amazon!